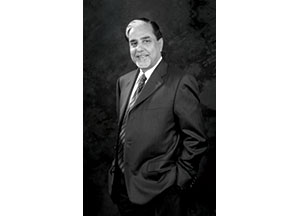 The Z Factor: My Journey as the Wrong Man at the Right Time, published by HarperCollins Publishers India, is the autobiography of media mogul Subhash Chandra, the promoter of Essel/Zee Group of Companies. The memoir, written in association with Pranjal Sharma, charts Chandra’s journey from humble beginnings to a current net worth of $6.3 billion. MARWAR brings you excerpts and images from the book, courtesy HarperCollins Publishers India.

JUST A FEW MONTHS BEFORE RAJIV GANDHI WAS assassinated while campaigning for the Lok Sabha elections in 1991, a friend from Mumbai, Manubhai Desai, took me to meet him. Manubhai wanted me to contribute some money to the Congress party. Belonging to an old business family from Mumbai and Gujarat, Manubhai was close to Rajiv. When in Mumbai, Rajiv would stay with Manubhai.
Manubhai was surprised to see that Rajiv and I knew each other. Rajiv was warm towards me and scolded me for not keeping in touch.
He asked me to give the election contribution to Sitaram Kesri, which
I did later.
This meeting renewed my relationship and contact with Rajiv. I met him more frequently after this. We talked about the old days in our meetings.
One such meeting took place while I was struggling to put together money for the satellite TV venture. I think the stress showed on my face. Rajiv asked me why I looked tense. I told him that I wanted to start a TV channel. I explained to him how I would create 50,000 ambassadors for India, and for him (as we were hoping he would win the elections). Everyone who watched the channel abroad would learn more about India.
‘Why are you worried then,’ he asked. I said that I was falling short of money to start the operation. I told him that the people who owned the channel that I was to manage were short by $400,000. He heard me but did not react. But a few days later I got a call from an Indian who said he was speaking from London. He offered to invest the same amount of money. I got the money soon after. Even today I don’t know who this person was. This money was critical and it had helped me reach the figure of $5 million required to start the operation.
I had already started raising money for the operations by roping in some private equity and venture capital funds from Hong Kong. One of the funds was owned by Kerry Packer and Sir James Goldsmith. Finally, the three original investors owned 51 per cent of the company while some private equity investors held the rest. In total, we raised about $8 million for 40 per cent equity. After paying for the transponder we used the rest of the money for working capital and running the company.
I did not hold a single share in Asia Today Ltd. Under government rules, Indian nationals were not allowed to buy or hold a share in a company registered abroad. In a way, I was working as a professional for the company owned by my friends. I was earning from the programming cost and advertising revenue share. This was an awkward way to run or launch a business, but there was no choice. The investors had faith in me and in the revenue model. They also believed in the growth of the Indian market.
After raising the money, I started work on branding the channel. I asked my creative team, managed by Ashok Kurien, to come up with a name for the channel. The name of the production company that made the programmes would be the same as that of the channel. Even though they were separate entities, they were bound together. The only person common to both was me.
Elsie Nanji, part of the creative team, offered many suggestions. In the end we went with Zee as the brand name for the TV channel. We changed the name of an existing group company in India to Zee Telefilms Ltd.
Ashok Kurien’s Ambience Advertsing had helped me plan for programming and also created the name. He also helped generate advertising revenues. I gave him about 5 per cent stake in the company. The rest was with us.
The launch of the channel was both a happy and sad day for me. It was 2 October 1992. Ranjan Isaac, Tolani and I were in Star TV’s uplinking centre in Hong Kong. I took the tape and put a tilak and swastika on it. We folded our hands and prayed for a few seconds. The operator put the tape in the machine. The moment the tape started playing and the machine uplinked it to the satellite, the first Indian private channel had begun to beam. There was no celebration, nor any assembly of friends and family. There were no applause. It was a quiet birth of a child (destined to become a gorilla one day).
I was sad also that I had to launch an Indian channel from Hong Kong. Technically, I had launched an illegal channel. It was an illegal business, as Indian laws did not allow what I was doing. But this was the future. Someone would have done it sooner or later. I was glad it was me. It was a very lonely launch. If I had done the launch in India, I would have arranged a great inaugural event.
As soon as the tape played, I called my home in Mumbai and asked what the channel reception was like. The first show was a collection of songs from Hindi movies. My driver picked up the phone. The entire house was watching the launch together. He was excited and told me in Marwari, ‘Babu, bahut achho lag rahyo hai’ (The show was looking great).
And thus Zee was born.