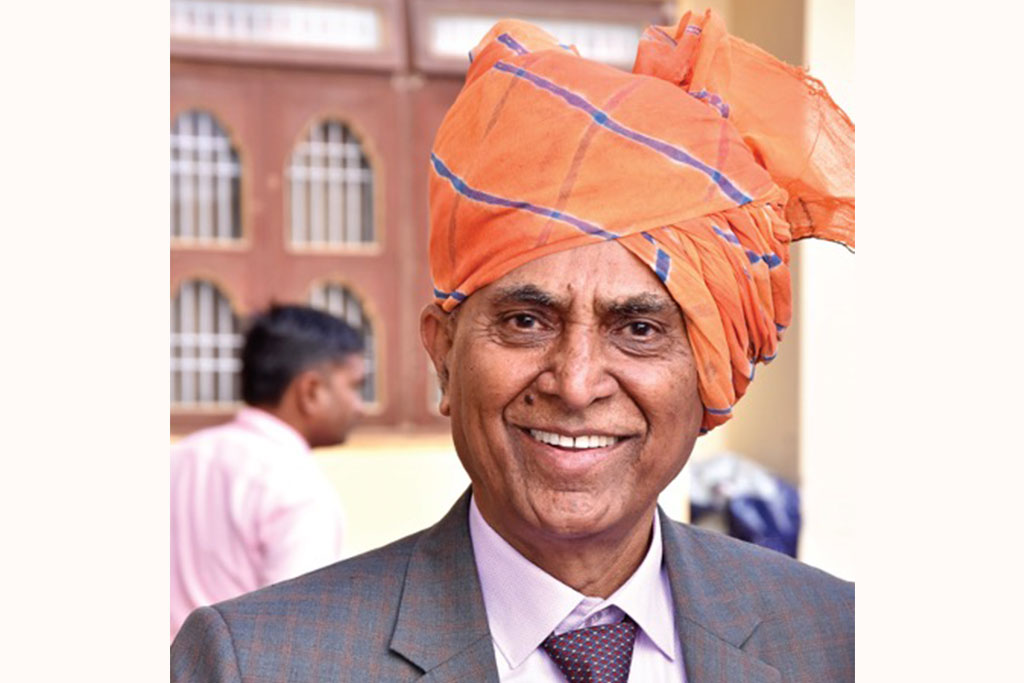 For someone who started his life imbibing knowledge under a khejri tree in Rajasthan, Dr Laxman Singh Rathore has come a long way to earn renown and acclaim with his many contributions to both India and the world as a top-notch technocrat, agrometeorologist and scientist. Besides holding numerous prestigious positions, Dr Rathore’s contributions by way of application of weather and climatic information in various sectors, accurate forecasts of extreme weather events (like Phailin and Hudhud cyclones) and his role in devising a modern agrometeorological service continue to be reasons to celebrate his indomitable will to serve the nation and mankind at large.

Born in a farming family in Sukhwasi, Nagaur, Rajasthan, Laxman Singh Rathore’s early years were far from easy. His superior intellect and dedication, however, saw him overcome all impediments to carve both a name and status for himself in life. After passing out from Chopasani School in Jodhpur, he graduated from Bhupal Nobles College, Udaipur with first division and then acquired his master’s and doctoral degrees in Agriculture (Soil Science) from Rajasthan College of Agriculture, Udaipur, the latter with the help of a scholarship from the Council for Scientific and Industrial Research (CSIR).

While doing the final leg of his PhD, he appeared for the Civil Services Examination and got selected for Indian meteorological services, and with that began his lifelong association with meteorology in 1979. Looking back, Dr Rathore says, “We were a batch of 32 scientists, and I had topped the batch. I joined the India Meteorological Department as a meteorologist in 1980 and then joined the Ministry of Science and Technology in 1989 as Principal Scientific Officer. Subsequently, in 1994, I became ‘Director’ and headed the Application Division of the National Centre for Medium Range Weather Forecasting.”

In 1983, Dr Rathore was chosen to head the meteorological team that was to be a part of the Third Indian Scientific Expedition to Antarctica. The primary objective of the expedition was to set up a permanent Indian station in Antarctica named ‘Dakshin Gangotri’. With the successful completion of the mission, Dr Rathore was glad that he had gained international exposure and valuable knowledge that gave a new dimension to his learning and understanding of weather and climatic conditions. Subsequently, he was trained at University of Pau, France and served as ‘Visiting Scientist’ at the University of Nebraska, Lincoln, USA.

During his tenure as Principal Scientific Officer with the Ministry of Science and Technology, Dr Rathore had the opportunity of working on developing a new agrometeorological service with India procuring the much-sought-after Cray X-MP super-computer from USA in 1988, and this remains one of his most cherished assignments in life. Recalling the occasion, Dr Rathore says, “It was a major challenge to develop numerical models and prepare location-specific weather forecasts, as a service to farmers, and I was selected to develop this agrometeorological service in its new avatar.” A primitive form of agrometeorological service did exist before this, he informs, but it was not very reliable and farmers often would incur huge losses.

One of the high points of Dr Rathore’s career is that he has worked for the World Meteorological Organization (WMO) in various capacities, including as a Permanent Representative (PR) of India; as a member of its Executive Committee; as the vice president of the Commission of Agriculture Meteorology; as Chair of IBCS (for developing a Global Framework of Climate Services, which enabled him to serve on various global meteorological issues over 15 years); besides representing India in various forums of the United Nations.

Soon after, in 2007, he was appointed ‘Additional Director General of Meteorology & Head of the Agriculture Meteorology Division of the India Meteorological Department, where he played a key role in developing a district-level agrometeorological advisory service, as a consortium, involving various bodies such as state agriculture universities and institutes, the Indian Council of Agricultural Research and others. The service proved to be a boon to farmers and the economy as a whole, as it reduced costs of inputs like fertilisers and pesticides, besides offering guidance on timely sowing and harvesting. It also went on to serve as a global model. 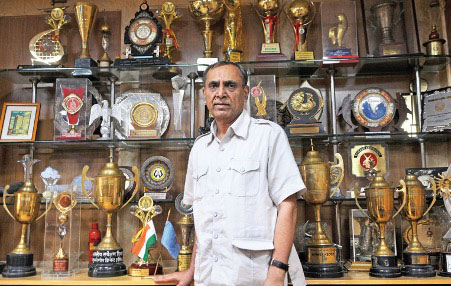 Dr Rathore posing with his many awards and honours

One Man, Many Roles

During his long service to the nation, Dr Laxman Singh Rathore has worked for the United Nations in various capacities and assisted the government with application of weather and climatic information in key sectors such as agriculture, aviation, defence, power, disaster risk reduction, water, health, tourism and transport. Among the many positions held by him, nationally and internationally, are:

That Dr Rathore has been able to excel and earn much acclaim in a highly challenging science like meteorology is truly remarkable. Forecasting the weather is by no means easy, given the highly impermanent nature of atmospheric conditions, and especially in the tropics, which happens to Dr Rathore’s domain. “To forecast the weather in any location, you need to consider not only the weather parameters of that location, but also of its surroundings and the globe as a whole, and then simulate the atmosphere three dimensionally, which is a tough task,” Dr Rathore says. What makes the task even more difficult is that an error factor invariably creeps in, which compounds quickly with passing time, given the everchanging conditions of the atmosphere. 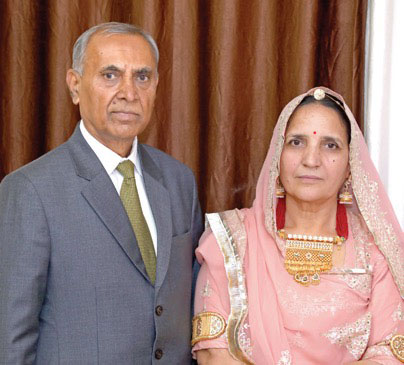 Keeping up the good work

Though 66 now, notwithstanding the various positions he has held and the contributions he has made, Dr Rathore continues to keep up the good work, holding several appointments, including serving The World Bank as an international consultant for South Asia and United Nations Development Programme (UNDP). He is also a member of the Advisory Committee of National Disaster Management Authority (Government of India). Thanks to years of research work in the areas of soil science, agriculture meteorology and weather forecasting, he also has published numerous research papers and co-edited several books. These apart, he is the national vice president of Vigyan Bharti, which popularises Indian sciences and runs his own NGO, SRI – Society for Rural Improvement that works towards protection of the environment and strengthening livelihoods in rural areas.

Asked how satisfied he feels when he looks back at his life, Dr Rathore says, “I feel extremely satisfied that I have been able to participate in the decision-making process for the government in different spheres, which has given me the opportunity to work with top-notch ministers, secretaries, different chief ministers and even the prime minister.” As an eminent meteorologist and scientist, Dr Rathore also has been honoured with several awards, including the ‘Marwar Ratna’, but modestly declining to dwell on them, he says, “What could be a better reward than meeting people from every nook and corner of India and travelling extensively to different parts of the globe while also serving humanity, but with humility?” That apart, serving the country, saving lives and property through timely and accurate prediction and dissemination of forecasts to billions of people too feels like a reward to him and so does his contributions to develop a modern agrometeorological service to help farmers, who, after all, are the real backbones of Indian economy.