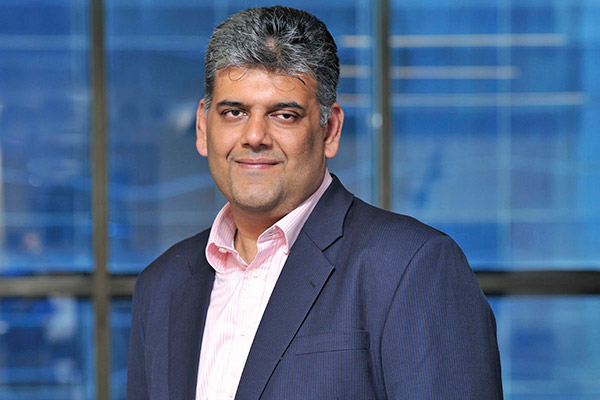 Innovative, risk-taking and a number cruncher, Karan Bhagat epitomises the quintessential Marwari entrepreneur, whose story could very well be a case study of a successful Marwari entrepreneur. Meet the wealth management expert and founder of IIFL Wealth Management Ltd, who has scripted the firm’s skyrocketing success as its MD and CEO.

AS A MAN WHO HAS HAD FAILURE AND ADVERSE circumstances as his starting points, life has moulded Karan Bhagat to be unafraid and undaunted in business. Originally from Nawalgarh in Rajasthan, Bhagat hails from a family based in Kolkata that was into the fabrication business. However, with his father closing shop some 20 years ago, it was up to the next generation to take the family’s business legacy forward. A Marwari to the core, Karan Bhagat too forayed into the world of enterprise soon after and launched his own travel agency at the age of 17. However, the venture failed, which had him turn his focus to academics instead and proceed to IIM, Bangalore (now Bengaluru) for his MBA.

MBA done, Bhagat got an offer from Cluster Consulting, a strategic consulting firm in Barcelona in 2001, which disappointingly was revoked in the wake of the World Trade Centre tragedy. Rather than brood, he bided his time teaching English and Maths to MBA aspirants, until a placement in Kotak Mahindra Bank took him to Delhi the same year. Six years on, in 2007, a promotion brought him to Mumbai. “I was made the head of the bank’s wealth management practice for Mumbai,” says Bhagat. “The seeds of my dream of turning an entrepreneur were sown at that time.”.

How it all began
A year on, he took the plunge which is how it all began for IIFL Wealth Management, of which he now is the MD and CEO. Recalling those days he says, “In April 2008, seven of us, including Yatin Shah and Amit Shah, decided to start out on our own. But instead of venturing all alone, we decided to pursue a path of professional entrepreneurship with IIFL.” (By IIFL, Karan Bhagat is referring to the erstwhile India Infoline Limited—the company has been renamed IIFL Holdings Ltd since—a diversified financial services group offering a host of services such as financing, financial advisory, broking, asset and wealth management, etc). Accordingly, Bhagat and friends approached Nirmal Jain, the chairman of IIFL, and put their plan of starting a new venture across to him. The rest, as they say, is history.

The trio was given the responsibility to start a wealth management unit, with which the foundation stone of IIFL Wealth Management was laid. Having grown exponentially since, it now manages assets worth in excess of R133,000 crore that makes it the top wealth management firm in the country. In terms of organisational structure, holding company IIFL Holdings owns a 54% stake in IIFL Wealth Management and global equity investment fund General Atlantic has a 22% stake in it (after a stake sale in 2015). The rest is owned by the company’s employees.

The business of managing wealth
So what exactly is wealth management? Simply put, it entails managing and enhancing the wealth of affluent individuals, especially those with diverse financial needs and objectives, through the consultative services of financial and investment experts, or wealth managers. From the wealth manager’s perspective, wealth management means ascertaining a client’s financial needs and objectives and delivering the appropriate financial products and services to achieve them—for, of course, a fee. Wealth managers, however, tend to offer their services to affluent clients. IIFL Wealth Management, for example, services High Net Worth Individuals (HNI) and Ultra HNI segments only and has over 10,000 influential families worldwide as its clients. These include entrepreneurs who have sold their businesses either partly or wholly; senior executives who have exercised their stock options or sold equity in their firms; well-to-do professionals; industrialists with substantial liquidity in their personal books; wealthy traders; corporate treasuries; funds; endowments; and family offices. Headquartered in Mumbai, it now boasts 800 employees and has a presence across 22 locations in 8 major global financial hubs.

Karan Bhagat and his team offers a bouquet of services to clients, among which include asset management (investing funds in various financial products such as mutual funds, venture capital funds and ‘Alternate Investment Funds’); lending solutions; estate planning (preserving and managing a client’s wealth, assets and investments), corporate advisory services (which involves ensuring that corporate clients are well funded for growth, that synergies are tapped to achieve inorganic growth, etc).

Unparalleled growth
IIFL Wealth Management’s incredible growth to become the foremost wealth management firm within a decade of its inception points to Karan Bhagat and his team’s ability to better their contemporaries, especially private bankers, who ruled the roost at the time of the firm’s inception. Bhagat attributes this to their calculated approach, their ability to build a strong advisory practice—as opposed to the commission-based model that was prevalent then—and, of course, to innovation. “Having worked in the industry for a good amount of time, we knew the service and the gaps of most banking players in the game,” he says. The realisation that as good advisors, they needed to take care of a client’s multifarious needs and not merely sell financial products, got them headed in a direction that seemed to work. Bhagat explains: “Typically, a client dealt with multiple banks and so had to open multiple bank accounts, demat accounts and track thousands of documents. When clients brought in family members as nominees, the said complexities multiplied. But, no bank took ownership of helping the clients manage the show. We saw a clear need for a consolidated balance sheet, besides more effective tracking and monitoring of investments. Also, we introduced an innovative fee structure—an All-In-Fee, which committed to a single, transparent fee charged to the client.”

Another reason for their success was that apart from old money, or money from experienced industrialists and business families, they also went after first-generation entrepreneurs, professionals of large companies and even small-town clients in whom other firms didn’t see much potential.
Innovation too contributed to IIFL Wealth Management’s success and helped it carve a niche for itself, examples being introduction of new technology solutions and creation of innovative products and strategies that were best suited to the prevailing macroeconomic environment. The most remarkable among these perhaps is the recent launch of Special Opportunities Fund. A one-of-a-kind offering that enables participation in Initial Public Offer (IPO) and Pre-IPO opportunities, it has helped raise around US$ 1 billion and continues to attract attention!

Away from the world of business, Karan Bhagat is an avid badminton player and loves playing poker with close friends. He is married to Shilpa, an MBA in finance who was crowned Mrs India World in 2013. They have a son, Kush, and a daughter, Kyra. The couple supports the cause of education among underprivileged children through the Yasham Foundation, and of late, Karan has started supporting and promoting sports, especially among children.

Growth vision
Rounding up IIFL Wealth Management’s success and vision for the future, Bhagat says, “For a company which is less than a decade old, we have grown to become a firm of repute so much so that over the years, we have won more than 60 prestigious awards, and I was privileged to be invited to participate in the Transforming India Initiative, undertaken by Niti Aayog, which had our honourable Prime Minister Narendra Modi and senior ministers in attendance.”
Given this sterling performance and India’s growing wealth management market, an upbeat Bhagat looks forward to a 30 per cent YoY growth going forward, for which he and his team mates have chalked out a comprehensive plan. Whether this will come to pass remains to be seen, but considering that the go-getter is just 40 now and there is still a lot of enterprise left in him, Bhagat’s optimism doesn’t seem misplaced.