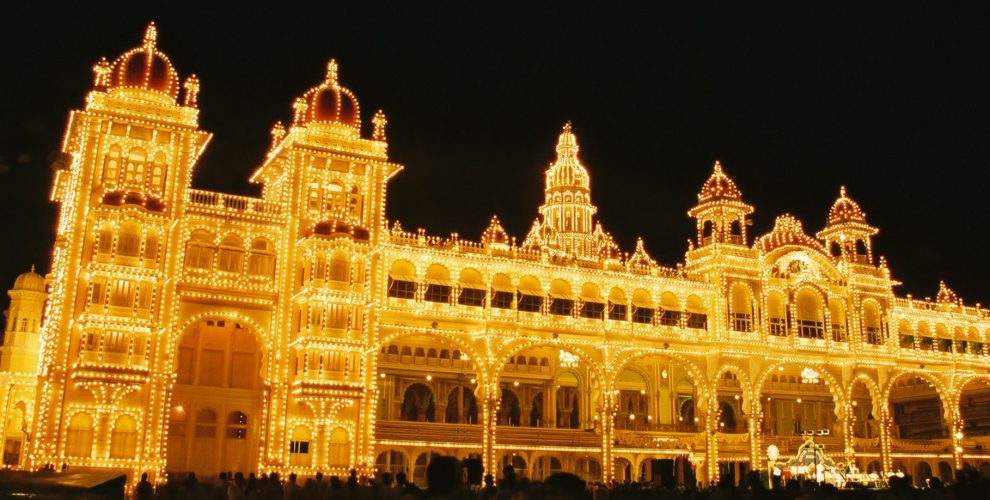 Dussehra marks the end of the nine auspicious days of Navratri, and though the festival takes different forms in different parts of the country, the essence remains the same— victory of good over evil. Though it is the last day of the festival, it symbolises new beginnings in people’s lives. Also known as Vijayadashami, the festival intertwines traditional customs, special foods and festivity and is celebrated with much fervour. We bring you the different flavours that characterise Dussehra celebrations in different parts of the country, each with its unique customs and traditions. 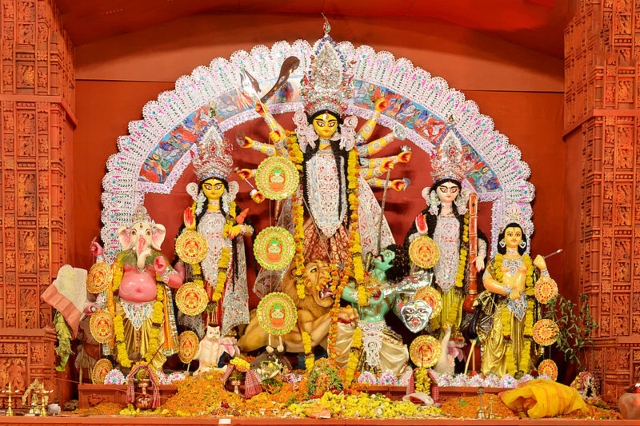 The last day of the Durga Puja that is celebrated in West Bengal coincides with Dussehra. A lively, five-day affair,  it is marked with elaborate pandals, sumptuous food, traditions and culture. The state’s capital, Kolkata, especially transforms into the veritable ‘City of Joy’, as people come together to celebrate the festival. Pandal hopping, enjoying the Dhunuchi dance to beats of dhaak and experiencing the joyous Sindoor Khela are some of the not-to-be-missed aspects of the festival. 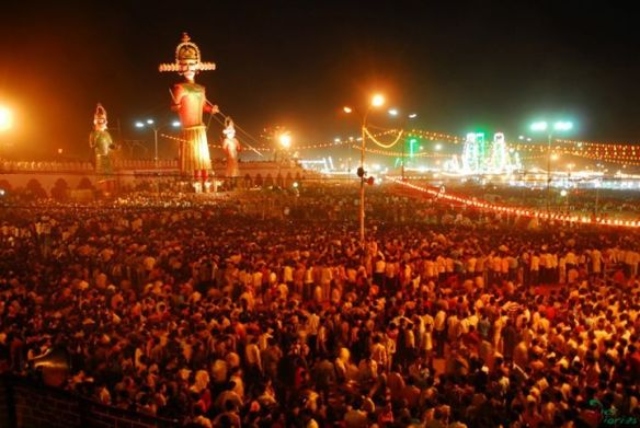 The Dussehra fair in Kota is the most important event in the cultural calendar of the city. The history of the fair dates back to 1723 and is believed to have been started by the Hada rulers. People from the city and neighbouring villages gather to witness a 25-day fun mela which hosts a plethora of stalls, cultural events and the burning of a75-feet tall Ravana and Kumbhakarna and Meghnad effigies. 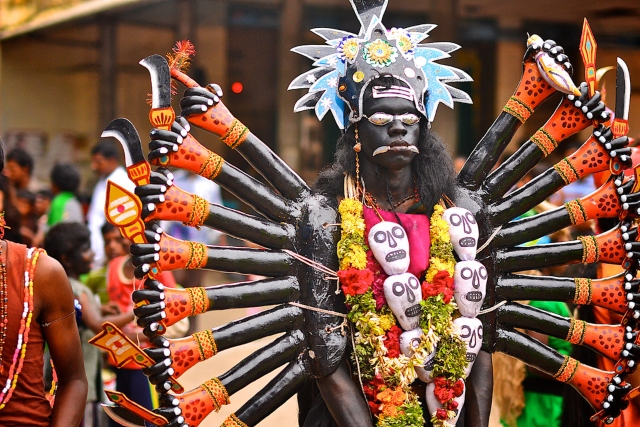 Dussehra celebrations at the Mutharamman Temple in Kulasekharapatnam stand out for its unique tradition, where devotees observe fast and dress up in different avatars of Kings, beggars, monkeys or demons. Once in costume, they must beg for alms to sustain themselves, as they believe this makes them humble. On the tenth day, a grand procession of the goddess Chamundeshwari is taken out, accompanied by cultural dances, which moves to the eastern shores of Kulasekharapatnam, where devotees witness Samharam. 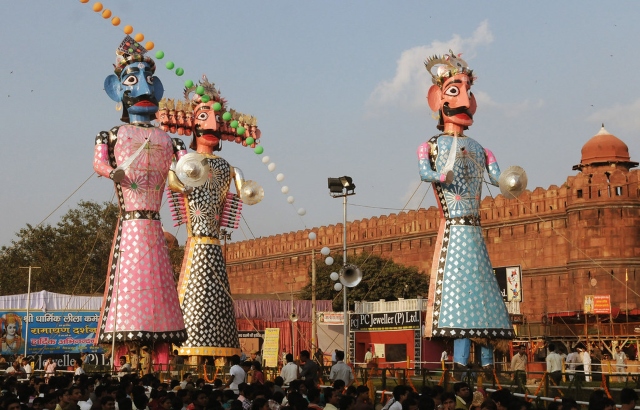 Dussehra in Delhi is immensely entertaining. One can witness the grand enactment of the Ramyana, portraying the victory of Ram over Ravana. The atmosphere turns electric with stages set up in every complex and melas offering delightful fare around every corner. The high point of the ebullient festival is the burning of a tall Ravana effigy, accompanied by dazzling fireworks that fill the night sky. 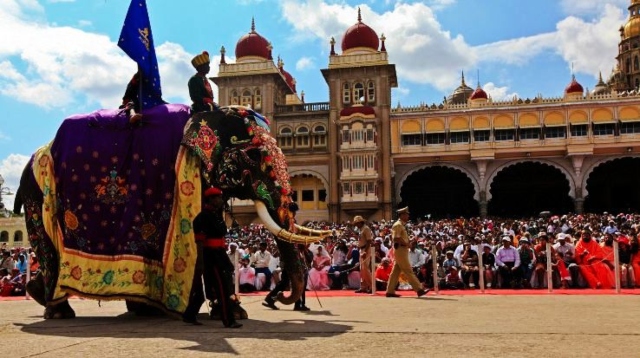 Mysore’s Dussehra is extravagant. A ten-day affair, it is characterised with the royals taking the lead to commemorate the slaying of Mahishasura by Goddess Durga, from which, they believe, the city has derived its name from. The majestic Mysore Palace is lit up with thousands of lights which serve as a backdrop for the cultural dances, parades, competitions and elephant processions that form some of the highlights of the festival. Dussehra in Mysore is definitely a not-to-be-missed occasion.

MARWAR wishes you a Happy Dussehra!