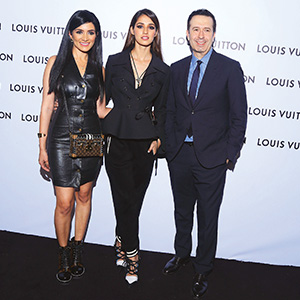 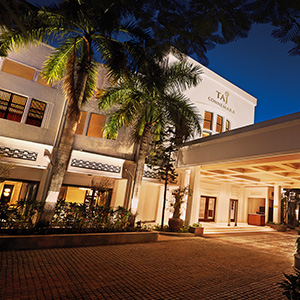 The iconic Taj Connemara has reopened after undergoing extensive renovations. The yearlong overhaul, intended at sprucing up the proud relic of the colonial era, has brought to life the heritage hotel’s historicity and colonial past, whilst offering patrons a distinctive experience through redesign and infusion of fresh and modern sensibilities. Each of the Taj Connemara’s 147 rooms and suites now exudes a colonial feel, having been appointed with elegant four-poster beds, vintage prints and objets d’art, while preservation of its Art Deco façade and interiors reflect the hotel’s original features, including wooden carvings sourced from the 16th and the 17th century temples of Mahabalipuram. The Taj Connemara dates back to 1854 and is named after Lord Connemara, the then governor of Madras (now Chennai). 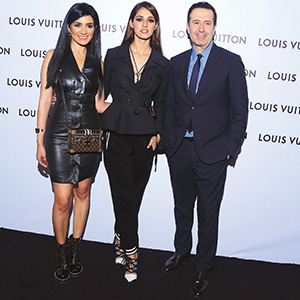 Leading French fashion house, Louis Vuitton celebrated 15 years of its presence in India last October with the re-opening of its refurbished store at Delhi’s upmarket DLF Emporio. The occasion also marked the introduction of new product categories to the Indian market that included women’s and men’s ready-to-wear ranges and a broad selection of leather goods, fragrances, accessories, watches, jewellery, travel and Objets Nomades. The event was attended by Bollywood celebrities, leading socialites and others, who previewed Louis Vuitton’s passion for remarkable craftsmanship and traditional knowhow, with a French artisan expertly demonstrating the house’s ancestral savoir-faire.

To Delhi, with Love 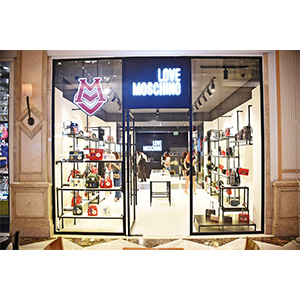 Luxury Italian fashion accessories brand Love Moschino reflects the stylistic philosophy and the iconic motifs that characterise the maison. The brand is all set to take Delhi’s fashion firmament by storm with the launch of its flagship store at the city’s upmarket DLF Promenade, thanks to the initiatives of Samar Lifestyle Pvt Ltd. Love Moschino is known for its quirky and edgy merchandise, and the store’s offerings will include handbags and accessories for women, which, incidentally, just got cheekier in the Autumn Winter 2018 collection. It has backpacks with fuzzy pompoms on the shoulder straps, fun purses with a surrealist face, not to mention updated versions of classic silhouettes and a ‘Crafted in Italy’ footwear range that includes mid-heel stiletto pumps and trendy sneakers. The collection’s star colours are deep forest green and a muted olive green, both of which are perfect for the upcoming season.

‘Tis the season to be Jolly 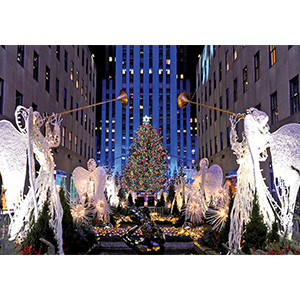 Think of busy city squares, holiday shoppers, festive lights, the splendid Rockefeller Center Christmas tree, ice-skating rinks and lots more… Is there a better city in which to spend Christmas and the end-of-the-year holiday season! New York City’s ice-skating rinks are synonymous with winter and the holiday season. Take a spin at the Wollman Rink that offers amazing vistas of the skyline from inside Central Park, or savour the spectacular surroundings of the seasonal rink at Rockefeller Center with its not-to-be-missed Christmas tree, all decked out in sparkling holiday bling. If the holidays are here, can holiday markets be far behind? So grab a cup of hot cocoa, brave the cold and head for the city’s biggest haunts for home-made ware: Union Square Holiday Market, Holiday Shops at Winter Village in Bryant Park or Columbus Circle Holiday Market. Yet another attraction is the gingerbread village. Hosted by The New York Hall of Science, it’s a fantasy world of edible gingerbread houses, icing and candy, which is for the whole family to enjoy. And then, to round up, you could check out the New Year’s Eve firework display at the Grand Army Plaza, off Prospect Park. For all there is to do and see in New York City, visit nycgo.com 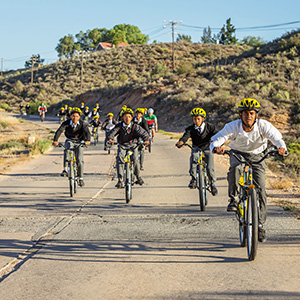 Swiss luxury watch brand Breitling extends support to South African charity organisation, Qhubeka, which provides bicycles to people in communities with limited transportation options. To this end, the company has announced its first Triathlon Squad Mission (#squadonamission), its all-star squad comprising triathlon superstars Jan Frodeno, Chris “Macca” McCormack and Daniela Ryf, who will participate in the Coronation Double Century bicycle race in Swellendam, South Africa, at the end of November 2018. The triathletes will be joined by Swiss mountain biker, seven-time world champion and multiple Olympic medallist Nino Schurter and Ironman champion and duathlon specialist Ronnie Schildknecht. Together with them, Breitling CEO, Georges Kern and around 30 other Breitling cyclists will be raising funds in support of Qhubeka, in Swellendam. Breitling aims to generate enough funds through the event to donate 500 bicycles to Qhubeka.