With a portfolio that comprises more than 31,000 hotels and 1,25,000 vacation homes, OYO Hotels & Homes offers over a million rooms to customers globally. Today, OYO Hotels, together with its vacation homes category managed under OYO Homes, Belvilla and DanCenter brands, enjoys a presence in 80 countries, including the US, the UK, India, Malaysia, Middle East, Indonesia, the Philippines and Japan and several countries in Europe. What’s more amazing is that this incredible achievement has been pulled off by a first-generation entrepreneur—Ritesh Agarwal—now 25, who started this venture when he was just 19!

Growing up
Ritesh Agarwal was born in the Rayagada district of Odisha. Hailing from a middle-class family, he harboured dreams of starting his own business, from a young age. After completing high school, he moved to Kota in Rajasthan for higher studies, while preparing for engineering entrance exams through private coaching classes. Simultaneously, he would travel to Delhi to attend start-up events, where he would be inspired by stories of entrepreneurs from around the world. He proceeded to Delhi to pursue his graduation, but ended up dropping out of college. “I wanted to utilise the time in building my business. Since I was very sure that I wanted to start on my own and couldn’t wait to begin, college didn’t seem like making the best use of my time. Moreover, I believed in what Mark Twain famously said, ‘I never let my schooling interfere with my education’,” quips Agarwal.

But unlike a booking platform or a hotel room aggregator or an online travel agency/aggregator, I wanted to make OYO Hotels & Homes a chain of leased, franchised hotels—just like all other big hotel chains the world over.

Setting up shop
Agarwal’s preferred line of business was listing diverse ‘assets’ (such as vacation homes, hotels, inns and bed and breakfasts) online, and to this end he launched Oravel Stays in 2012. In the process, the owners of a lot of those assets that were listed had become his friends, he recalls, and he began staying with them. As he travelled on a shoestring budget and stayed in over a hundred different accommodation facilities across the country—one day at each, for about three months—Agarwal made a couple of big, momentous observations. The first was that there was a fantastic business opportunity waiting to be tapped, given that 96 per cent of hotels across India and the world at large have less than 100 rooms. “Since every hotel chain was dedicated to making a difference, but only to the hotels which had 100 rooms or more, I felt this was a very exciting opportunity and I should invest in this direction,” says Agarwal. The second observation was that there was a huge gap between demand and supply of quality living spaces. “When I had to lodge in some unsatisfactory guest houses, I realised that I was looking at the wrong end of the rope. The problem was not the lack of availability of budget hospitality options—it was that the majority of mid-market and economy hotels lacked the minimum baseline standards of quality and service delivery,” he adds. These observations marked a turning point in Agarwal’s career in that they set him on the path to founding OYO Hotels & Homes. Instead of merely aggregating assets on a website, it was time to upgrade the stay experience for customers by using technology and talent, and he was now ready to do it. 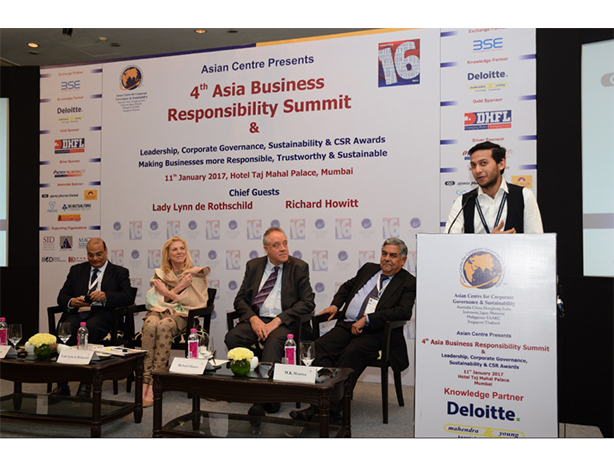 From top: Ritesh Agarwal delivering the keynote speech at the 4th Asia Business Responsibility Summit in 2017

Fortunately, around the same time, Agarwal was chosen for the Thiel Fellowship which awarded him a grant of $1,00,000. Launched by PayPal co-founder Peter Thiel, the Thiel Fellowship is given to promising entrepreneurs below 20 years of age, who are willing to drop out of college for two years and turn their bright ideas into real businesses. And with that, he moved to the Bay Area in California for some time.

Changing gears
In 2013, Oravel Stays pivoted to OYO Hotels & Homes. Agarwal put his meagre personal savings and the Thiel grant into this new business. The goal was to offer standardised, good-quality hospitality experiences at affordable prices to customers. “But unlike a booking platform or a hotel room aggregator or an online travel agency/aggregator, I wanted to make OYO Hotels & Homes a chain of leased, franchised hotels—just like all other big hotel chains the world over,” says Agarwal. With that, OYO Hotels & Homes started with a single hotel in Gurugram, which, fortunately, was a big success with the occupancy increasing from 19 to 90 rooms in the first month itself! Today, the chain holds more than one million keys under its able management, in hotels and vacation homes, across 800+ cities. “Over 5,00,000 heads rest on OYO pillows every night across the world, and we have served over 50 million guests,” Agarwal says with apparent pride. 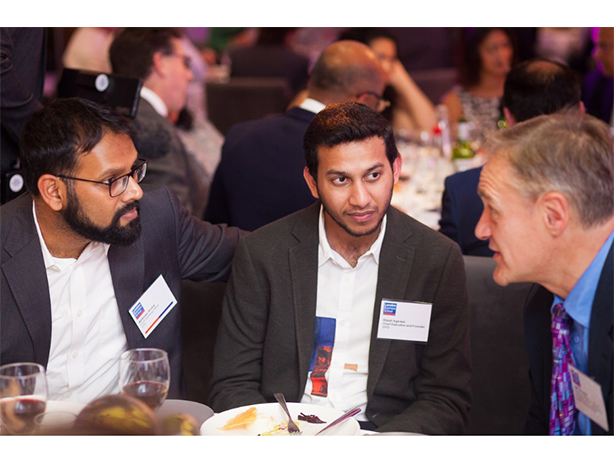 High yields for partners
According to Agarwal, OYO Hotels & Homes not only partners with assets, but also supports their owners through infrastructural upgrades and renovations. The hotel chain is armed with a strong team of 1,300 civil engineers and designers who have already undertaken 360-degree transformations and renovations of thousands of assets, together with upgradation of their existing structures.

Says Agarwal, “We use artificial intelligence to evaluate guest feedback and identify their most-preferred designs. Our efforts are supported by our in-house design labs—OYOXDesign and Townhouse Design Team.” Further, he says, OYO’s deep renovation capabilities (they can reduce a building’s energy consumption levels) have earned them a huge reputation and enabled them to add over 80,000 exclusive keys to their hotel chain, every month, globally. “We have also set a new benchmark in transforming and renovating assets in a record time of 14 to 30 days—a stark contrast to the industry standard of up to 90 days,” he adds.
OYO Hotels & Homes is focussing on training and capacity building as well and has set up over 26 OYO Skill Institutes globally, where it trains hundreds every month. The hotel chain also takes care of listing assets on online travel aggregator (OTA) websites and apps, curating content that is relevant to customers, monitoring customers’ feedback and customising offerings as per guest preferences. This, in turn, helps assets improve their performance on OTAs, with their customer reviews improving with time. 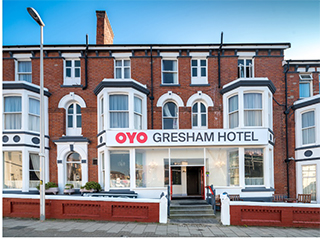 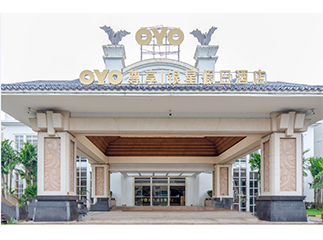 To further ensure high visibility of assets, OYO Hotels & Homes undertakes promotional activities, in association with brands like Goibibo, MakeMyTrip and Uber. It has also partnered with Hotelbeds to get distribution access to more than 60,000 travel buying B2B intermediaries—such as tour operators and travel agents—around the world that use the Hotelbeds platform. The hotel chain also provides end-to-end customer support to make asset owners’ lives easier. Agarwal adds, “We have also launched a Central Response Hotline, through which asset owners in India can directly share their queries and expect quick resolution. Alternatively, they can also address their queries to our on-ground teams.”
All of these together are helping asset owners improve their properties, increase occupancy and profitability, offer good-quality service to customers and even access financing opportunities easily. Agarwal states with pride, “On an average, over 75 per cent of the asset owners who have associated with us have seen an increase of 20-30 per cent in occupancy, a 2.5x jump in RevPar [revenue per available room] and also a significant jump in profits.” He adds that the hotel chain sees a churn rate (for asset owners) of 0.5 per cent on an average annually, which, according to him, is by far the highest retention rate in the hospitality industry.

A customer-first company
Agarwal envisaged OYO Hotels & Homes as a customer-first company and indeed, right from the beginning, the hotel chain has made relentless effort to ensure that customers have access to a variety of standardised and trusted accommodation options, at affordable prices. Moreover, the hotel chain has a dedicated customer support team that ensures speedy response to customers. Recently, OYO Hotels & Homes has announced a complimentary insurance cover for guests at booking price during their stay in the hotel chain’s properties across India. 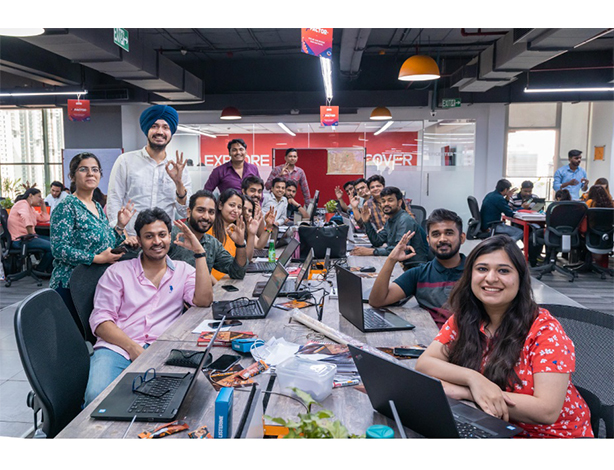 From top: OYO’s technology team at the hotel chain’s headquarters in Gurugram

Tryst with technology
OYO Hotels & Homes has different technological products to power its various business verticals. Its ‘Property Manager’ app acts as an end-to-end, one-stop solution for managing daily functions of an asset, including operations, finances and customer experience. With the ‘OYO Keep’ app, asset owners can allocate tasks to their housekeeping staff and track their attendance and the amount of work done. Further, the hotel chain’s business development team uses AI-enabled inputs on the ‘Orbis’ app to identify and onboard new properties and hotels within a short time period. Agarwal says that data science-based algorithms drive his hotel chain’s pricing, inventory allocation and revenue management, allowing each of its assets to drive maximum RevPAR, based on its micro-location. He explains: “It allows pricing to adjust dynamically to supply and demand. In peak times, pricing adjusts to deliver high RevPAR and in low times, it goes down to still allow for maximum customers to experience the product, while increasing overall yield for asset owners.”
Customers too stand to benefit from the hotel chain’s heavy investment in technology. Already downloaded by millions of customers, the ‘Oyo’ consumer app (and website) allows users to search and book hotel rooms. OYO Hotels & Homes has also teamed up with Airtel and Amazon to launch the ‘OYO Store’ on ‘Airtel Thanks’ and ‘Amazon Pay’ apps so as to offer customers a seamless accommodation booking experience. 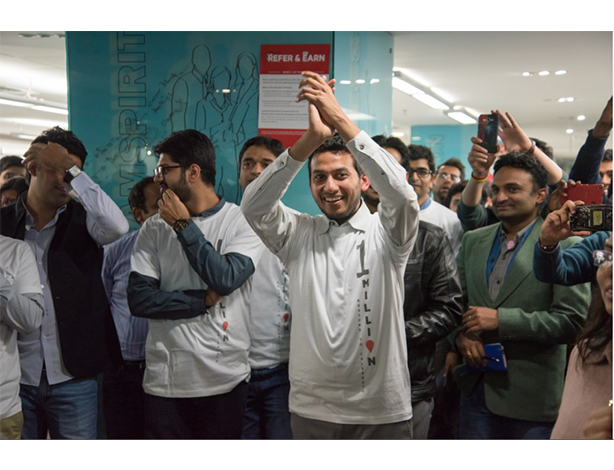 Ritesh Agarwal and his team celebrating the ‘1 Million Guests’ milestone at OYO, in January 2016

Funding and investments
Considering its unique business model and its relentless efforts to better the experience and service standards, it is no surprise that OYO Hotels & Homes has secured over $2 billion in funds till date from leading investors including SoftBank, Sequoia Capital, LightSpeed Venture Partners, China Lodgings, Airbnb, Greenoaks Capital and Hero Enterprise. Recent reports also reveal that Agarwal has bought back shares from two of the hotel chain’s early investors—Lightspeed Ventures India and Sequoia Capital.

Future outlook
News reports estimate OYO Hotels & Homes’ current valuation to be $10 billion. Agarwal, on his part, states that his hotel chain’s Net Realized Value (NRV), as of December 2018, is $1.8 billion, while the YOY revenue growth in June 2019 has been 4.4x that of June 2018.
In spite of all that he has achieved in the last few years, Agarwal believes that he is still on ‘Day 0’ as an entrepreneur. He adds, “Each time I see an OYO accommodation in a new city across the world, it fills me with great joy and drives me to keep going forward.” We wish him luck!