Who would have thought that even the humble bhujia could command a worldwide presence! Thanks to the sustained efforts of Bikaji Foods International Ltd, which now has Deepak Agarwal at its helm as CEO and director, the company’s bid to take the authentic taste of bhujia to every corner of the world has paid rich dividends. As we talk to Agarwal, the Young Turk takes us through the early days of brand Bikaji (named so in memory and honour of Raja Bika, the founder of Bikaner) and its trailblazing journey to earn name, fame and distinction. 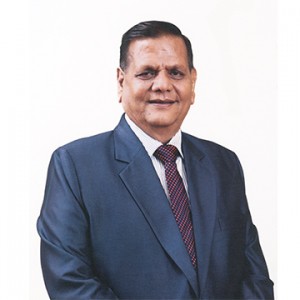 “It was my father Shivratan Agarwal’s vision and efforts that led to the foundation of Bikaji Foods in 1987,” says Agarwal. “After his father’s death in 1985, he continued with the family business of making bhujia in Bikaner and established his company, while his brothers set up businesses outside Bikaner,” says Agarwal.

Shivratan Agarwal, who had joined the family business at the age of 14, felt that the authentic taste of Bikaneri bhujia could only be preserved by using home-grown ingredients (moth dal and dew beans). He also envisioned mechanised production of bhujia, which largely was a handmade product, and this took him to Australia to gain technological knowhow and then return home to revolutionise bhujia making by setting up the world’s first bhujia factory in 1987. Now in his 60s and the chairman of Bikaji Foods International, the bhujia baron’s childhood passion and enthusiasm for bhujia continues unabated. His uncompromising stand of offering the genuine taste of Bikaneri bhujia has paid off manifold in the meanwhile, having won over both Indian and foreign taste buds to establish a worldwide presence. From bhujia, the company has also diversified into other products such as namkeens, sweets and snacks.

Bringing Bikaji Foods this far, however, was easier said than done, considering that bhujia was largely an unorganised sector. Shedding light on the challenges faced by the company, Agarwal talks about the time when his father Shivratan Agarwal’s vision and farsightedness saw Bikaji successfully market its products by introducing pouch packaging, which not only made the products look more attractive but also increased their shelf life. “Nowadays many brands are getting organised. But in that starting period, it was challenging to create a brand due to the inadequacies of the communication and distribution sectors. Making customers aware about products like bhujia, namkeens, etc, in packed format was difficult. Also, a prime challenge was to reach to the vast market from Bikaner.” 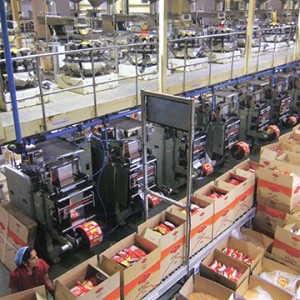 But determined to carry on regardless, the brand bet big on the power of packaging and advertising, and the results are now for all to see. Forces multiplied when Deepak Agarwal joined his father at the turn of the century. “I joined the family business as the director of Bikaji Foods International Ltd in 2001,” says Deepak Agarwal, who has a post graduate degree from S P Jain Institute of Management and Research in ‘family managed businesses’. Asked how easy or difficult his initial days were, he says, “It was easy to join Bikaji, as it was a family business, but it was not an easy task to understand the nuances of the trade. Small steps and guidance from my father, Shri Shivratan Agarwal, and associates helped me to stabilise in that early period.”

Deepak Agarwal has come a long way since then and today not only is he firmly entrenched in the business as the CEO and director of Bikaji Foods International, but also has taken it to great heights. “I started from scratch and got myself available in every side of the business so that diversification was not limited to any one aspect of the trade,” he says. Given his new-age thinking and ambition, he also brought in innovation, and thanks to these contributions, Bikaji’s product portfolio today is large. Asked about his innovative streak, he says, “I am an avid traveller and always look for innovations. This has played a large role in making me contribute in growth and diversification. But most importantly, I learned to keep a balance between traditional and modern formats of business.”

As of today, apart from an all-India presence, Bikaji Foods International has markets in USA, UK, Europe, UAE, Canada, Japan, Australia, New Zealand, Nepal, Thailand, Oman, Qatar and a host of other countries. It has two manufacturing facilities which produce and sell a whopping 250 tonnes of products every day! Its turnover has grown from ₹187 crore in 2011 to ₹783 crore in 2018, registering a CAGR of over 22 per cent. Apart from manufacturing, it has also forayed into the services industry with restaurants in Mumbai and Thane called Bikaji Food Junxon and has converted the Basant Vihar Palace in Bikaner into a heritage hotel, after purchasing the royal property. To boost growth, it received a ₹90 crore funding in private equity in 2014 from Lighthouse and ₹251 crore in primary and secondary investment from IIFL in 2018. Over the years, it has won several prestigious awards as well, including the Industrial Excellence Award in 1998, Bharat Udyog Award in 2002, Bharat Jain Mahamandal Award in 2004 and Rajasthan State Award for Export Excellence in 2010. 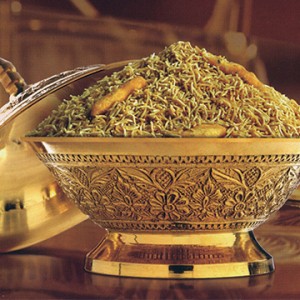 Asked about future plans, Agarwal says, “Bikaji is in a growing phase, and we are now working aggressively to reach every household! Further, I want to diversify from bhujia, namkeens, etc, to all possible eatable products to make Bikaji a global brand.” The company, incidentally, has a range of frozen and ready-to-eat products on its mind, towards which a state-of-the-art production facility is envisaged in the future. Further, it is in the process of coming up with an IPO in 2019. Considering this all-round growth, it would seem that the best has just begun. Deepak Agarwal, however, modestly brushes it off by merely saying that the market is changing rapidly and so is Bikaji. 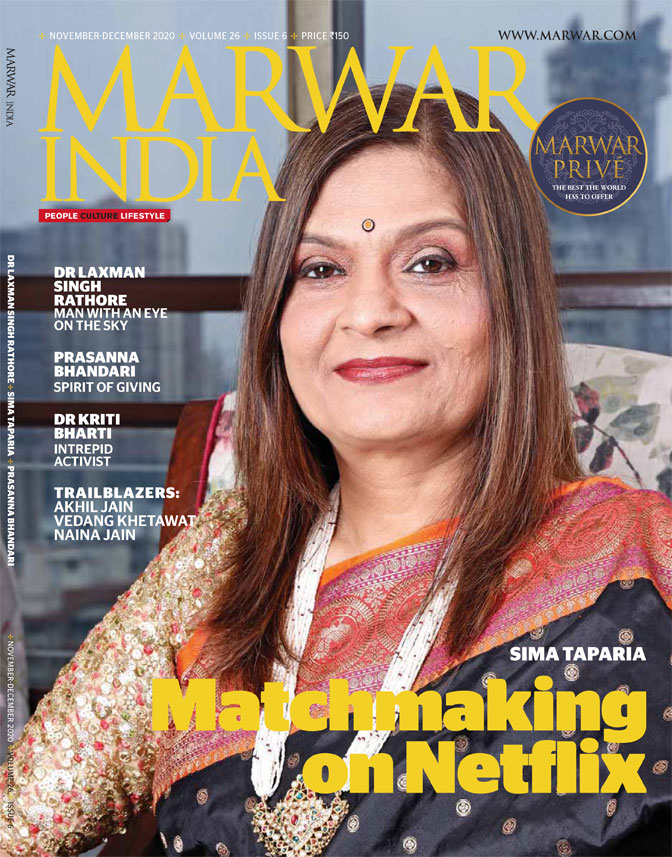