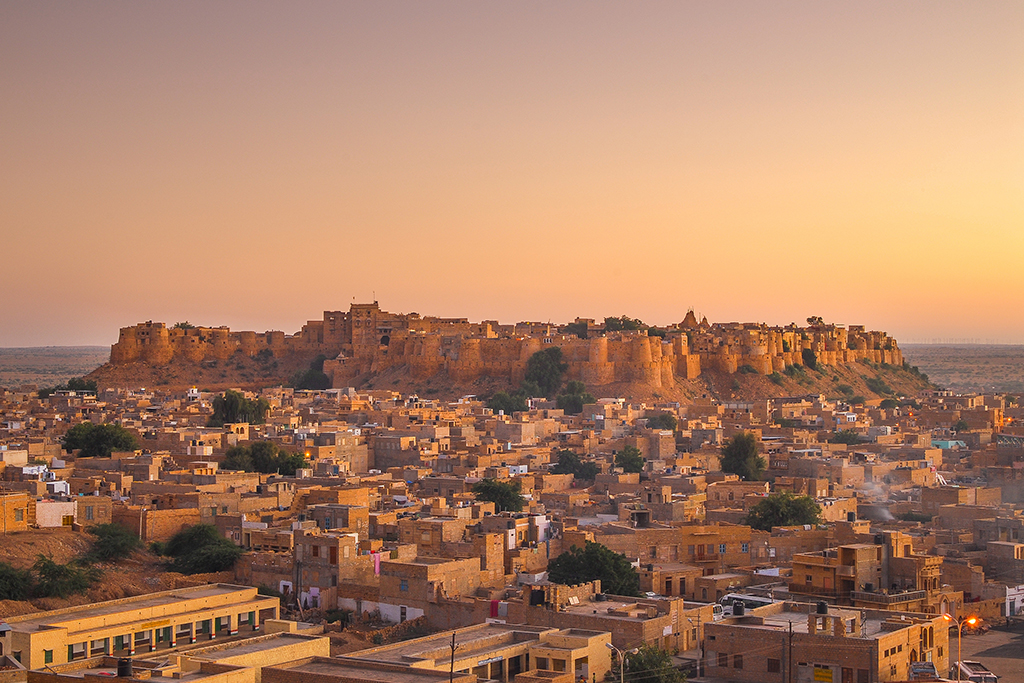 Rajasthan invites tourists to explore it’s diversity, culture and its authentic unique tradition. The golden city of the state “Jaisalmer” embodies the name for its vast sand dunes and the homes that camouflage in the shimmering tones. The endless desert glistens in the sun and with it gleams the magnificent fort painting everything golden except the sky.

The Jaisalmer fort stands mightily overlooking the city and is a testimony of Rajput strength and triumph.  The fort grows from the Thar Desert and grabs attention while still being veiled. With 5 other forts, the Jaisalmer fort was regarded as a UNESCO World Heritage site in 2013.

The king behind the eponymous city Rawal Jaisal constructed the fort in 1156 on the Trikuta hill which is said to be praised by Lord Krishna. A fort was thus built, which from miles away looks just like a sheer cliff acting as a mirage protecting it from enemies.

Also known as ‘Sonar Quila’ or ‘Sone ka Quila’ by the locals, the Jaisalmer fort is one of the very few forts in India which is still inhabited by residents. Approximately a fourth of the population still lives inside the walls of the fort. 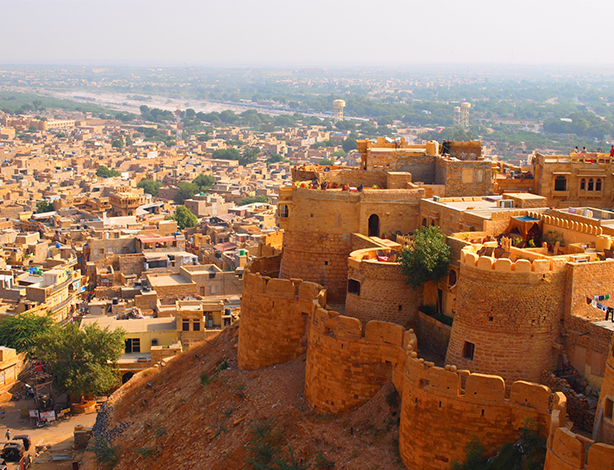 The massive yellow sand walls turn a tawny-lion shade as the sun rises and turn honey-gold as the day proceeds matching the shades of the sun and the sand. The structure of the fort engulfs one as the delicate architecture in the fort is protected by the double fortification walls and circular bastions marking the fort’s primary line of defence. The two hundred and thirty feet tall fort is protected by the sandstone walls and 99 bastions.

The 1500ft long fort has four entrances, one of which was said to be guarded by a canon. The Islamic and Rajput architectural style of the fort allures the eye and looks stunning under the moonlight. The fort withstood harsh weathers, storms and many attacks by rulers like Alauddin Khilji and Emperor Humayun. Two jauhars (self-immolation) acts took place around 1295 and 1326 in the Kilji and Tughalq dynast period.

Some of the must-see places in the fort include Maharawal in Chauhata Square, Tazia tower, Raj Mahal, Jain Temple, Laxmikanth Temple, and Jawahar Palace – the former residence of the royal family.

Today the fort is a cultural extravaganza comprising of narrow lanes, temples, residents, handicraft shops, guest houses, and restaurants. The fort creates a conscious memory in one’s mind for its glorious design and regalia.