As technology expands and develops, so do cyber crimes. Understandably then, more and more organisations are investing in new-age cyber-security solutions. One of the leading companies that is helping them protect their data and keep hackers out of their IT systems is Lucideus.

Founded by Saket Modi, Vidit Baxi and Rahul Tyagi in 2012, Lucideus is a cyber-security platform provider to enterprises and governments across the world. Even the National Payments Corporation of India has entrusted Lucideus with end-to-end security assessment of the BHIM (Bharat Interface for Money) application developed by it.

A latent skill for hacking

It was during the run-up to his Class 12 board exams that Modi made his foray into the world of hacking. Fearing that he would not clear the pre-board chemistry examination conducted by his school, he hacked into the school’s secure computer system and accessed the question paper! But a guilty conscience compelled him to own up to his teacher, who allowed him to still appear for the exam. For Modi, the thrill of hacking stayed on, with the episode becoming a turning point for him, as he realised that he could turn his skills towards ethical endeavours instead.

After completing his schooling, Modi joined the LNM Institute of Information Technology in Jaipur, in 2009, to pursue a degree in Computer Science and Engineering (CSE). While in college, he hosted seminars and workshops on ethical hacking and cyber forensics at institutions, including the IITs (in Guwahati, Kanpur, Mumbai and New Delhi) and BITS Pilani. And then when he was in the fourth year of college, he started Lucideus. “The name ‘Lucideus’ is derived from Lucifer (Satan) and Deus (God) as we are in the business of hacking for good. Vidit and Rahul joined me later, bringing in their expertise. We operated with the capital taken from our families and our personal savings,” he says. Baxi is the co-founder, CISO (chief information security officer) and partner at Lucideus, while Tyagi is the co-founder and vice president.

Lucideus started with providing cyber-security training. At the beginning of 2013, it launched enterprise cyber security services. Modi says, “We were fortunate enough to be successful in these ventures, and today, the company works actively in both these areas.” In 2014, Lucideus set up its first office at Safdarjung Development Area in New Delhi. Over the next two years, the company’s client base increased, and by 2015, Lucideus had 100+ customers.

In 2017, after gaining experience in the industry and having understood the need for an enterprise-wide cyber-security solution, Lucideus came up with ‘SAFE’, a cyber-risk assessment platform for enterprises. According to Modi, SAFE integrates with the existing technology stack of an enterprise to provide a real-time cyber-risk assessment score (from 0-5) on a macro level, across the organisation. This can be broken down into micro-level scoring (SAFE score) individually for each asset. Talking about its reliability and growing popularity among clients, Modi says, “They are also including their SAFE scores in their annual report to boost shareholders’ confidence in their digital transformation strategy and to enable them to acquire more customers.” 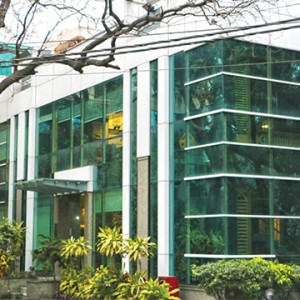 Lucideus has grown into a large firm with 200+ employees today. It has its headquarters in New Delhi and offices in Mumbai and Bengaluru in India and in Palo Alto and Boston in USA. The company also has its Advanced Threat Intelligence Lab in New Delhi. Modi says that Lucideus serves 160+ customers from 14 countries and secures over 11 per cent of India’s urban GDP. Among its clients are the Indira Gandhi International Airport in New Delhi (a consortium led by the GMR Group), IndiGo, SpiceJet, ICICI Bank, HDFC Bank, Motilal Oswal, Bajaj Finserv, KFC, Pizza Hut, Quikr.com, Naukri.com, TATA Sky, Capgemini, L&T Group and ITC Ltd. Lucideus also has the highest market share (over 60 per cent) for cyber-security assessment of UPI (Unified Payments Interface) enabled applications in India including WhatsApp, Google Pay (Tez), Mi-Pay, BookMyShow, Truecaller and Dish TV.

Lucideus is empanelled in Indian Computer Emergency Response Team (CERT-In), India’s nodal agency for responding to cyber-security incidents, as a certified cyber-security auditor. It is also the only private company to be the official knowledge partner of the University of Delhi in designing and co-executing a year-long, postgraduate diploma in cyber security. Further, it is the exclusive knowledge partner of Ansal University for its BTech degree in cyber security and of the Bannari Amman Institute of Technology and Technion Institute of Technology (Israel) for their respective certificate programmes in cyber security. 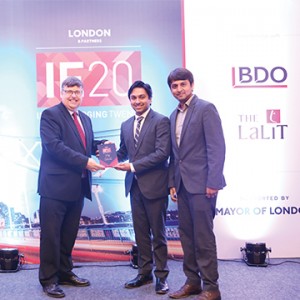 Lucideus has won several prestigious awards including ‘Top 10 Promising Start- Ups for 2016’ award from Confederation of Indian Industry, the ‘Best IT Startup of India’ award at National Entrepreneurship Awards (organised by Government of India in 2017), the ‘Most Innovative Cyber Security Product of the Year’ award from NASSCOM’s Data Security Council of India in 2017, the ‘Innovation in Cyber Security’ award at Aegis Graham Bell Awards 2017 and the ‘Emerging Cyber Security Vendor of the Year’ award at 2018 India ICT Awards (organised by Frost & Sullivan). Further, Modi has been honoured with the title ‘Indian Ambassador of Cyber Security in Education’ at the National Education Awards 2013 and has featured in the ‘30 Under 30’ list of Forbes (Asia & India) in 2016, the ‘35 under 35’ list of Entrepreneur in 2017 and ‘40 Under 40’ list of Fortune India in 2018.

Lucideus was incubated at Society for Innovation and Entrepreneurship (SINE), the start-up incubator at IIT Bombay, in 2012. In 2016 and 2017, it raised USD 2 million in funds from angel investors. In November 2018, Lucideus announced Series A Funding of USD 5 million, led by JC2 Ventures, the private venture arm of John Chambers, the former chairman and CEO of Cisco Systems. 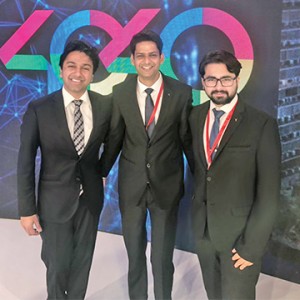 Lucideus has been profitable from its fourth year of operations, reveals Modi. “Since inception, we have had average revenue growth of 300 per cent year-on-year continuously,” he adds. The next step for Lucideus, is to go global and replicate its successes across geographies. Modi proposes to do this by productising their offerings and venturing into more cutting edge cyber-security niches.