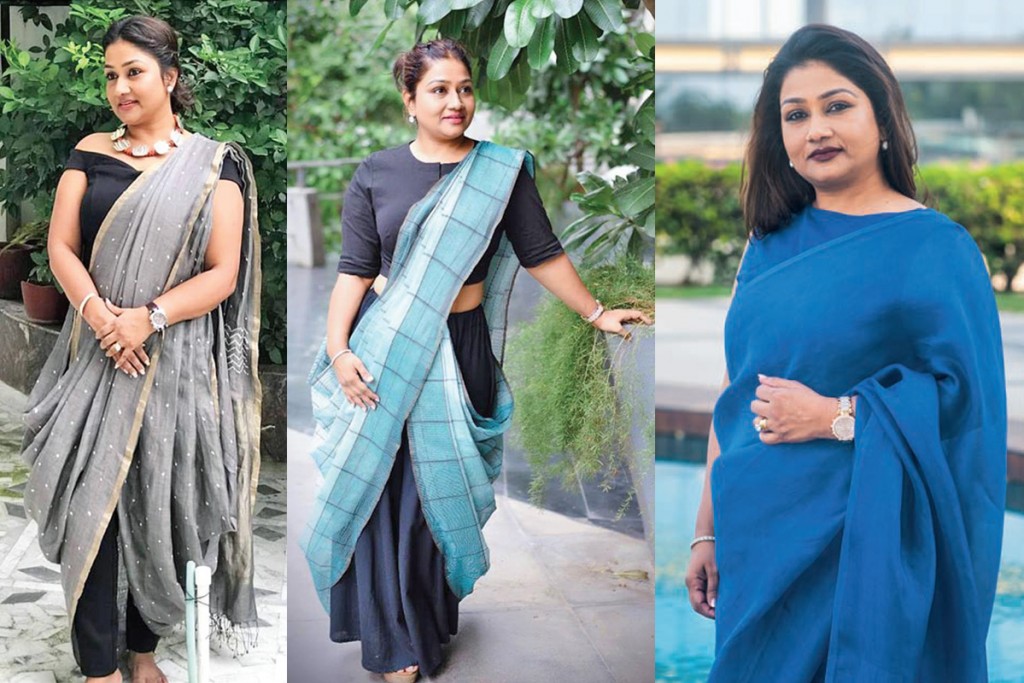 Dolly Jain, who has veritably elevated saree draping to an art, has brought smiles to many a celebrity and topnotch socialite with her refreshingly new and contemporary silhouettes. Meet the Kolkata housewife who has not only achieved the recordbreaking feat of draping a saree in 325 ways, but also draping one in 18 ½ seconds flat!

Sarees and Indian women are almost inseparable. There are those who have worn nothing else but sarees from their teens, and then there are those whose wardrobes flaunt more sarees than there are days in a year. But when it comes to draping one, it’s almost always the same old style, the same old folds, pleats and tucks taught by mothers and elders ages ago. The innovation, the creativity and the artistry that can turn the good old six yards into a stunning ensemble is simply missing. No one will agree more with this than Dolly Jain, whose unusual talent for draping sarees in myriad ways has not only earned her awards and accolades galore, but also a clientele that comprises celebrities, top socialites and the who’s who of the saree-wearing world.

How it all began
“I never was fond of sarees, to be honest,” says Dolly Jain, who was born in Ranchi but grew up in Bangalore (now Bengaluru), her family being originally from Ladnun in Rajasthan. As fate would have it, she got married to a family in Kolkata, where she was allowed to only wear sarees. “I thought, ‘if I have to wear nothing but sarees, then let me learn to style them,’” continues Jain, talking about how it all began for her. And with that her experimentation with different styles and drapes started, until her creative side and innate talent began to show. She started to wear sarees in different drapes and styles and soon friends and neighbours began to take notice, loving and appreciating the way she carried the saree.

Inevitably, there were those who were eager to replicate her styles, and with that what was essentially a hobby began to take on hues of professionalism. “After everyone in my family started applauding my talent, I decided to conduct a workshop for the women in the neighbourhood. One of these women was from Raipur, who later invited me to hold a similar workshop in her city,” says Jain. What followed was mixed emotions of excitement and trepidation, as she nervously agreed to the Raipur workshop. To her surprise, some 85 women turned up and the response was so brilliant that the organisers had to cancel subsequent events so that she could carry on with her saree draping workshop. It caught the attention of a prosperous business family from the city, who had a daughter who was about to get married. They called her over to style her and her relatives and friends for all the functions of the wedding, where she successfully draped sarees around 80 different body types. After that, there was no turning back. 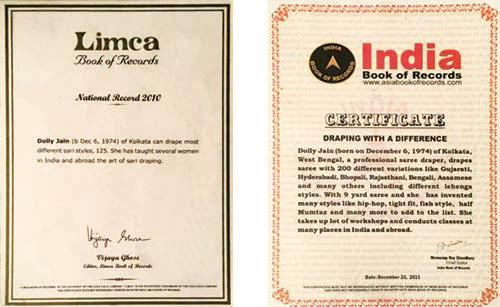 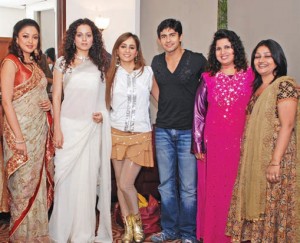 Setting records
What followed was hard work and intense experimentation with different styles, to facilitate which, she bought a mannequin. She also perfected all regional styles like the Maharashtrian, Rajasthani, Bengali, Tamil, Oriya drapes, and others. Mixing and matching these traditional styles with contemporary styles, she started coming up with hundreds of innovative styles. At one point she sent pictures of the different styles and techniques she had come up with to the Limca Book of Records, to which the Limca fraternity responded positively and promptly planned a visit to verify her claims of being able to drape a saree in the most number of ways. And with that one of the most coveted accolades—a national record in the Limca Book of Records—followed in 2010. “I came up with 125 styles of draping that surprised everyone, and with that I made it to the Limca Book of Records,” says Jain. “But I didn’t stop there. I broke my own record by making another record of 225 styles, which again was a Limca record, and finally I made a world record of 325 styles of draping.” Simultaneously, she also achieved the feat of draping a saree in a record time of 18 ½ seconds flat! 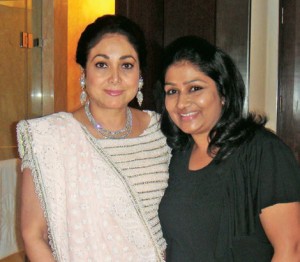 Distinguished clientele
In the meanwhile, as could be expected, she earned name and fame and her client list grew to include celebrities and top socialites like Deepika Padukone, Lara Dutta, Alia Bhatt, Anushka Sharma, Sonam Kapoor, Helen, Hema Malini, Raveena Tandon and Nita Ambani, to name a few. Given her immense ability to infuse creativity into the ‘6-yard cloth’ and come up with refreshingly new and contemporary silhouettes, she has not just brought smiles on the faces of countless women in India but also the world around, especially places like Dubai, Abu Dhabi, Oman, Qatar, Singapore and Paris. As of now, her repertoire includes personal and celebrity styling, and some of her favourites styles include the hip-hop style that’s done over pants, the Mermaid style that has absolutely no skin-show and the lehenga-saree style which is about pairing a lehenga with a dupatta and a saree. These styles, she says, are evergreen and make a lady look contemporary, with a traditional twist. 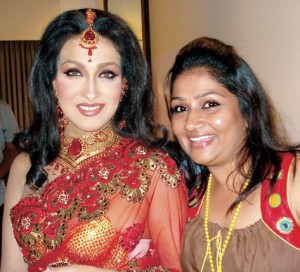 Future plans
Talking about future plans, Jain says she wants to take the art of saree draping to every corner of the world. She also plans to bring out a coffee-table book to realise her dream of making it possible for everyone to understand simple draping styles and to dispel the misconception that a saree limits a woman’s mobility.

To have come all the way from being a housewife to acquiring global fame is no mean achievement. Jain, however, modestly attributes it to her family, whose love and cooperation she says has made it all possible, and, of course, to God for having destined it.