In today’s world, social networking helps one keep in touch with friends and stay abreast of latest developments. Social networking can also change the course of one’s life, as it did in the case of producer Manish Mundra.
For Mundra, founder of Drishyam Films, the foray into the world of Indian cinema began in 2014, after he came across a tweet by actor-director Rajat Kapoor, who was then seeking investors online for his film Ankhon Dekhi. Mundra, the managing director of a billion-dollar petrochemical company based out of Africa, had grown up watching movies and dreamed of being a part of the industry one day. It was but natural that he contacted Kapoor and decided to take up the opportunity and be an investor-producer for the film.
Ankhon Dekhi went on to win three Filmfare Awards and three Screen Awards. For Mundra, his journey had just begun. Soon more films and awards started pouring in.

The Marwari connect
Born in Rajasthan in 1976, Mundra grew up in Bihar where the family had relocated after leaving their ancestral home. But Mundra longed to be back where he belonged. “In 1997, I shifted my family back to Jodhpur, Rajasthan. My parents live there now, and I call it home. Every time I visit India, I go back to Jodhpur,” Mundra says.
Mundra, who has been living in Dubai for the last five years along with his family, considers himself as the quintessential Marwari. “I am a Marwari—that’s my background. I left the country in 2002 to work for a petrochemical company. My Marwari foundation, along with a professional degree, helped me improve the business of the company,” he says.
So how does it feel to be a Marwari living abroad? “It is like being any other Indian who is staying abroad,” Mundra says. “You have to present a good image of your country and come across as an excellent citizen of India.”
Mundra completed his MBA degree from Jodhpur University and started his career with the Aditya Birla Group in India, where he worked from 1997 to 2002. For Mundra, who had grown up watching movies, becoming a producer was the next big step. “When we were young, movies were our only way of interacting with the outside world. The world of cinema attracted and mesmerized me. I always wanted to be a part of this show business,” he says.

From potboilers to indie cinema
Amitabh Bachchan continues to be Mundra’s favourite star, whom he grew up watching. Mundra hasn’t missed a single Bachchan movie, but Mukaddar ka Sikander, Kaala Patthar and Lawaris remain his favourites. “Given a chance, I would love to produce a film with Amitabh Bachchan acting in it. I’m sure someday there will be a script good enough for me to approach him and say, ‘Can I request you to have a look at this script’?” smiles Mundra, the eternal Bachchan fan.
Though an aficionado of mainstream potboilers, Mundra shares an equal affinity for indie movies and has gone on to produce a few after Ankhon Dekhi’s success. Perhaps the most talked about movie by Mundra—who incidentally is being called the guardian angel of the movie industry—is Masaan. The film, directed by Neeraj Ghaywan, won two awards—The International Critics Prize (FIPRESCI Prize) and the Promising Future prize in the Un Certain Regard section—at this year’s Cannes Film Festival.
Masaan is a Drishyam Films initiative, the production house founded by Mundra, whose upcoming movies include Umrika, Dhanak, Waiting and X. At a time when only a R100-crore movie is considered a hit, Mundra’s entry into the movie circuit has altered the way a movie’s success
is measured.
But what stopped others from doing what he did? “I don’t know about others. I merely followed my passion,” Mundra says. “I wanted to give back to the society by making quality cinema without worrying much about the returns. I have been enjoying this process.” 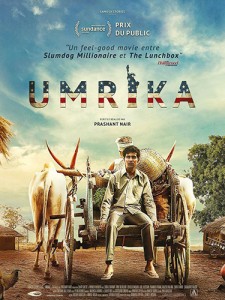 Choosing the right script
Talking about his evolution as a producer, Mundra says, “Earlier, I would be just looking at scripts and trying to see if I loved the story, but now we have created Drishyam Films, which has a professional team. We are also working with Sundance Institute, USA, to help writers develop scripts. We are trying to set up a post-production office as well.”
As a production company, Drishyam Films not only invests in budding screenwriters to set up their stories but also helps them produce the movies that are selected. Mundra says, “We now produce a film at the lowest cost possible and then release it, keeping in mind the P&A (Prints and Advertising) budget. So, we have a full solution from conceiving the film, to developing it, producing it and releasing it—it’s a full, end-to-end solution.”
Each filmmaker has his or her own sensibility and style of working. For Mundra to select a script, a lot depends on his instinct and how the story affects him. “The story should touch you in one way or another—touch your heart; I should feel a connection with the story,” he explains.
The other deciding factor is the budget of the project. “We need to ensure that the production budget is within our means, in order to make the project more viable,” Mundra says. 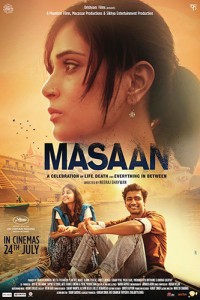 Making content-driven cinema
Mundra is a confident man; he believes in fortitude and a good script. No wonder his first movie—Ankhon Dekhi—was a huge success and won several awards. Often the success of such debut productions can put filmmakers under a lot of pressure. Mundra definitely isn’t buckling under any such pressure. “Film-making is not my career; it’s my passion. It’s something I have chosen to do. So, there’s nothing to prove… there’s no pressure. What I do is select a good script and believe in the director, who has the creative freedom to convey the story. My aim is to make quality, content-driven cinema,” he says.
Mundra is hopeful that with so many independent movies being made in India, funding will trickle in too from different quarters. “Drishyam Films’ responsibility is to prove that indie cinema is content-driven cinema, which can be made and released and also be commercially viable. I think this will create an example for others to follow,” he explains.
It wasn’t a cakewalk for Mundra either, and his first movie was a learning experience for him. “The first project always involves a lot of learning, through which you gain a lot of experience, based on which you modify your strategy for the second project. We have become more realistic in terms of budgeting and are now more dependent
on digital media to promote our films,”
he says.

Next, a regional language movie
For Mundra, whose dream of working with Naseeruddin Shah turned real with Waiting, the quality of script comes first, irrespective of the language. He is open to taking up scripts written in local dialects such as Marwari or Marathi. “There is one Marathi script that we are considering at the moment. So it’s never a question of the language. The language doesn’t matter; it’s the quality of content that matters,” he says.
Mundra, who refers to independent cinema as “small yet brave heart cinema”, feels mainstream Bollywood can benefit from indie films. “I don’t think the genres can stay aloof. Both have their respective places in the film industry. I strongly feel one can keep moving from one genre to the other,” he says.

Playing various roles
Mundra dons several hats with finesse, since multitasking comes naturally to him. “It’s a matter of coordination; it’s a matter of motivation. The films I make don’t make much money, but I need to continue to make them, so I need to earn money as well. That’s the driving force—I need to earn my salary to keep making such movies,” Mundra says.
While the whole world now knows
the man behind indie movies such as Ankhon Dekhi and Masaan, not many know that Mundra is also the person behind a school for the underprivileged
in Rajasthan.
“I always wanted to contribute towards children’s education. There’s this school, about 25 km from Jodhpur, where around 300 children come from nearby villages. The school was there for a long time, but around eight years back I learned that it was being forced to shut down due to lack of funds. That is when I took over. I have an institution called Leela Foundation, named after my mother, which takes care of all the expenses of the school,” Mundra says.
“A pick-and-drop facility is available for students. The idea is to provide a window of education to underprivileged kids of villages. The school is up to Class 8, but we try and help some brilliant students study further.”
Nurturing new talent
In its attempt to build a platform for independent voices of Indian cinema, Drishyam Films partnered with Sundance Institute, USA, in April this year to organise a screenwriter’s lab in Goa. The Drishyam Sundance Institute Screenwriters Lab was created to provide select writers and film-makers the opportunity to interact with accomplished international advisors and also work on their scripts in an encouraging and creative environment.
Mundra explains: “We invite writers to a mentoring club and we invite internationally-acclaimed directors to come and guide the scriptwriters. Masaan is the product of a Drishyam Sundance Institute Screenwriters Lab script. We are making a couple of films from new scripts that we chose and mentored this year. We only invite first-time film directors.”
“The lab’s job is to identify good scripts by first-time writer-directors, mentor them, develop the scripts and bring them up to international level. This helps convert a script into an internationally-acclaimed film,” Mundra says. 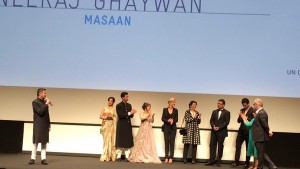 The need for film festivals
Talking about film festivals and their role in supporting indie films, Mundra says, “In the case of Masaan, we made the film and took it to international festivals. It was selected for Cannes, where we won two awards. It was only later that we released the film in India. So, for a viewer, film festivals can help decide which film is good and worth a watch.”
“Film fests also expose movies to international film buyers, who watch each film in the competition section and buy those they wish to screen in other countries. This helps cover the cost of production. Masaan was released in France before India and has been released in other countries as well. If these films do not go to international festivals, nobody would know about them,” Mundra says.
So, is the Indian audience ready for content-driven indie films? Mundra replies, “Yes of course! Who wouldn’t be ready for a brilliant script and a well-executed movie? With Masaan, we have proved that such films are acceptable and viable not only abroad but also in India.”