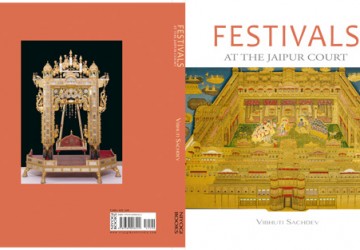 Since time immemorial, Rajasthan has been synonymous with rich heritage, traditions and colourful festivities. Vibhuti Sachdev outlines the various rituals and practices and how they continue to be an integral part of Jaipur and its people in her coffee-table book Festivals At The Jaipur Court.

An expert in the field of arms and armour, Dr Robert Elgood, the author of Arms and Armour at the Jaipur Court, brings us a taste of royal warfare through photographs and extensive research on a large number of arms on display at the Maharaja Sawai Man Singh II Museum in Jaipur, in his brilliantly-illustrated coffee-table book.