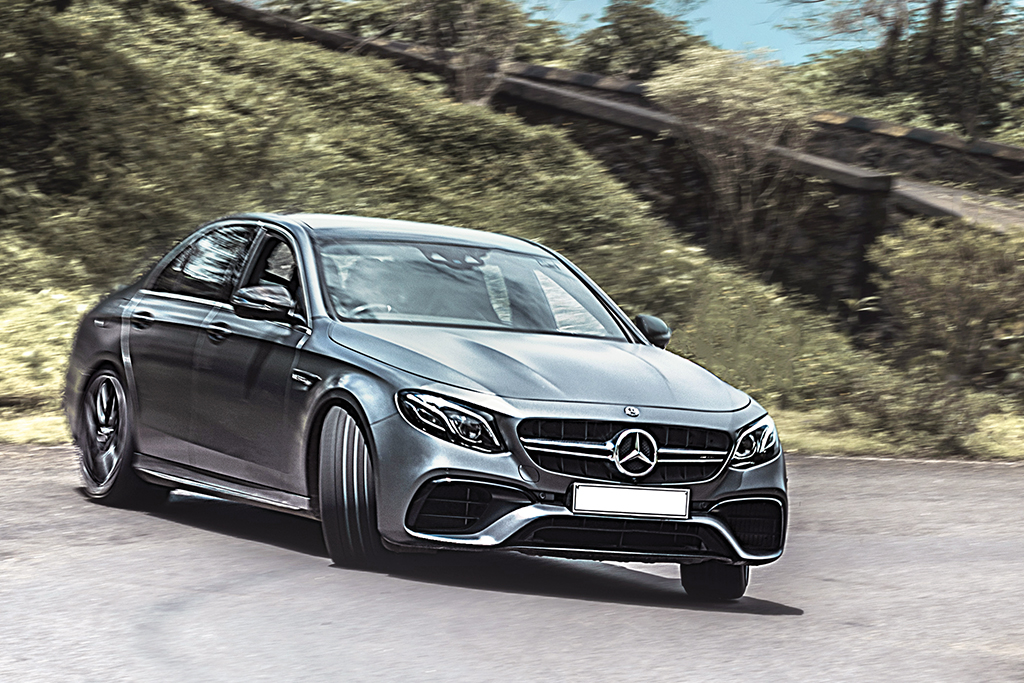 Fast German sedans with AMG badging aren’t new. Mercedes-Benz has been making them since the late ’70s, only to be completely absorbed into Daimler by 2005. And while the whole concept of progressive capitalism is to enhance previous generation’s offerings, AMG has truly dialled up the ludicrous with the E 63 S. It succeeds the non-‘S’ AMG that came before, with the infusion of a 612 horsepower engine—in comparison to the former’s 580—that takes it more close to a supercar than any other four-door saloon—if you ignore the BMW M5, that is. To put things in perspective, the Lamborghini Murcialago LP-580 took 3.8 seconds to reach 100 kmph from standstill, despite being a tad lighter and having a much bigger 6.2-litre V12 engine. How does the Merc do it in 3.4 seconds then? Well, the answer lies in torque, dollops and dollops of it!

The E 63 S isn’t a light car, actually. Without people, the car weighs a tad over two tonnes. This is due to the colliding principles of Mercedes and AMG, with the former believing in luxury and the latter in performance. While Mercedes was busy decking up the E 63 S with a sunroof, soft close doors and a powered tailgate, AMG was eagerly waiting at Affalterbach to throw in their (performance) bits—the AMG steering wheel, the AMG performance seats… and, of course, the hand-built 4.0-litre twin turbocharged V8 power unit that exhales through a pair of dual AMG performance exhausts. And while the exterior of the car resembles an E-Class sedan with additional carbon bits all around, the slightly flared wheel arches and the nostrils in the front bumper, together with the substantial bonnet bulge, give away its brawny innards. 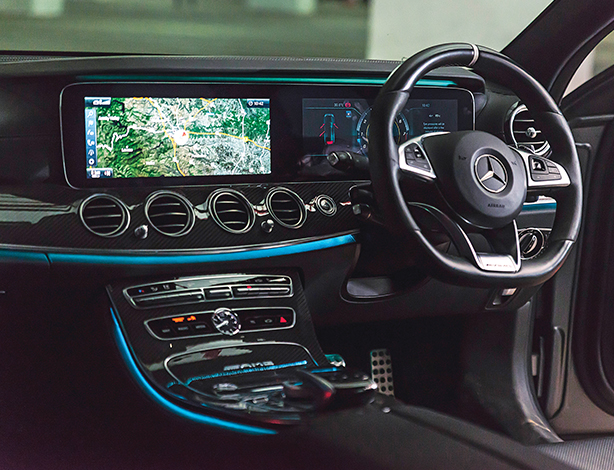 On the inside, AMG seems to have an upper hand in the philosophical battle, as apart from the basic design of the E-Class dashboard, not much of the standard sedan has been retained. There is a healthy smothering of carbon fibre everywhere—from the dashboard to the centre console to the door cards. Mercedes’ unending urge to add comfort creeps through, however, as the AMG performance seats are heated/cooled, while also being fully adjustable. I am not the one who’s complaining though. While weight reduction is certainly beneficial, having an uncomfortably stiff four-door sedan that is likely to be used every day, doesn’t really make practical sense in the real world. Mercedes has even gone to the length of giving the car performance air suspensions that not only stiffen for better handling, but also increase the car’s ride height to tackle bad or broken roads. Mercedes really wants you to use this car every day, and if you wouldn’t bother about the fuel economy, you very well could.

Comfort and performance are the crucial factors, where automakers fight so hard to achieve equilibrium. That’s where AMG’s savage approach to engine building comes into play, with the 4.0-litre V8 unleashing a tarmac-folding 850Nm of torque. Add to that a near-perfect four-wheel drive system that wouldn’t skip an inch even under full-pedal launches over broken surfaces, and the result is acceleration so intense that you struggle to hold your head past 4,000 rpm. But while your body struggles to keep up with the intense rush of blood from the front of your face to the back of your neck, the thundering rumble from the AMG-tuned V8 urges you to keep pushing, throaty but strong, all the way till the redline. Even downshifts are hair-raisingly entertaining with crackles and burbles at every blip. There’s a little bit of weight that you feel while swerving hard into corners and while braking, but the traction control seamlessly distributes power to all the wheels, keeping the turns neat and clean, while the steering provides good feedback on what’s going with the wheels. 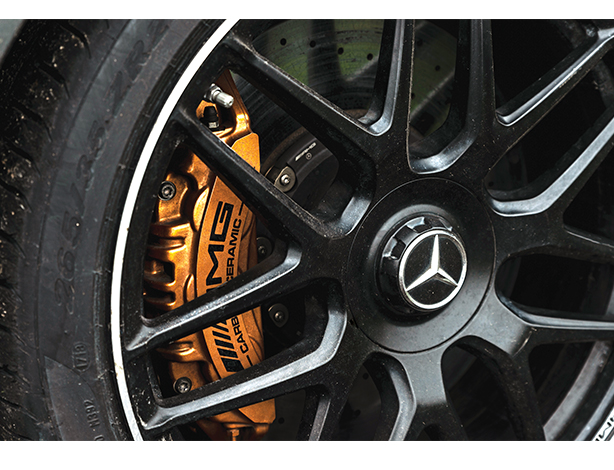 The Mercedes-AMG E 63 S 4Matic+ may be described as ‘usable performance’ personified. It’s a machine that would let you go about your everyday chores in relative comfort, while turning into a raging, crackling, angry beast with the press of a button. With speed breakers, potholes and bumpy roads out here in the real world, it’s a lot more practical option though, and a tad bit faster too when it comes to commutes, than sports cars or supercars that come with a steeper price tag.