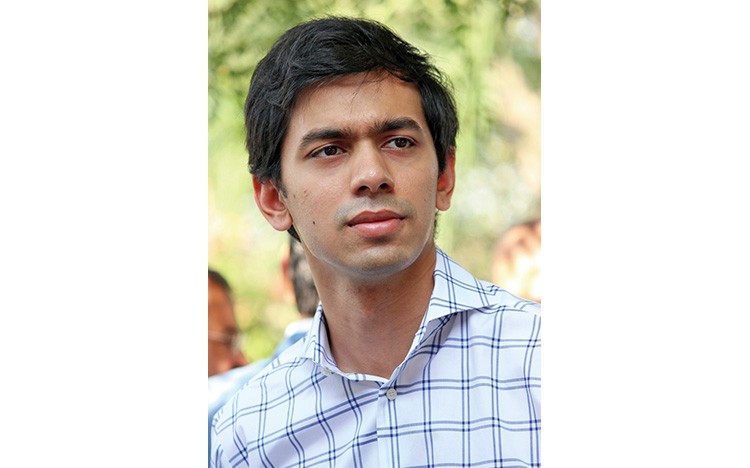 Athang Jain was introduced to the world of business quite early in life. Those years were spent around his grandfather, the late Bhavarlal Jain, who was the founder-chairman of Jain Irrigation Systems Ltd. He says, “As a child, I would accompany my grandfather on his morning walks around the 100-acre research and development farms in Jalgaon, while he discussed the philosophy behind his business.” The values he imparted remain deeply instilled in the young scion, who at the age of 25 is heading Jain FarmFresh Foods, a subsidiary of Jain Irrigation Systems Ltd.

Growing-up years
Jain’s ancestors hail from the town of Agoloi in the Jodhpur district of Rajasthan. Severe drought conditions forced them to move to Vakod in Maharashtra, where they began to earn their livelihood through farming and trading. Athang’s grandfather, Bhavarlal Jain, later shifted to Jalgaon to start Jain Irrigation Systems Ltd, which initially manufactured PVC pipes. Today, it is a diversified entity with a turnover in excess of one billion dollars. Over time, his sons and grandson have joined the family business, taking it to new heights.

Athang Jain studied in Jalgaon till class seven. He completed his schooling from Rishi Valley High School in the Chittoor district of Andhra Pradesh. The educational institute gave students the opportunity to participate in extra-curricular activities and encouraged them to become conscientious citizens of India. After school, the youngster’s interest in economics and statistics led him to pursue an undergraduate degree at St Xavier’s College, Mumbai. He proceeded to the renowned London School of Economics, where he completed his postgraduate studies in management and strategy.

While he was receiving his formal education from various institutes, his initiation into the family business also commenced. During his vacations, he would accompany his father and uncles to board meetings and observe the discussions. During morning walks with his grandfather, they would encounter associates who would talk about their work. Athang Jain was a keen listener. “My grandfather’s motivation to contribute to society helped him grow, but it was his effortless manner in dealing with issues that left me awestruck,” he says.

The lessons continued under his father Anil Jain, who taught him that in order to run a business, quick decisions and risk-taking are necessary. Athang Jain’s observations taught him how to manage people and motivate them with the principle of practising what you preach. He says, “Although I have imbibed many positives from my elders, I still feel like I have a lot to learn—not only from my family members but also from the senior associates of our company.”

The first steps
Growing up among entrepreneurs made it easy for Athang Jain to grasp the fundamentals of the family business. However, the challenge was to learn its nuances and take it ahead. After completing his postgraduate studies in London, he returned to India to join Jain Irrigation. He says, “I officially joined the company in 2013. I went through an intense two-year training period. It was specially designed by my grandfather to help me learn how the business functions. This included visits to our factories in India and abroad, and working in all divisions and departments such as production, finance, sales, marketing, etc.”

The training included learning how to handle the equipment and meeting farmers and distributors in remote villages of India. He also attended various international trade shows and accompanied his father and uncles to investor meetings, board meetings and important negotiations. “This provided me with the knowledge

I needed about the functioning of various divisions such as micro-irrigation, piping and food processing. However, I believe that learning is a lifelong journey, and one needs to be ready for change at any point of time,” explains Athang Jain. 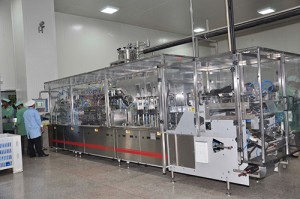 Retail details
Jain FarmFresh Foods came into existence in 2016. It is into fruits and vegetable processing and supplies ingredients to major food companies across the globe. The company has also started producing packaged foods. They contain no preservatives or artificial ingredients. Recently, the company has launched its first range of products—frozen mango pulp, strawberry pulp and jamun pulp.

FarmFresh products can be purchased from more than 3,000 outlets across India. They are also available at major retail chains such as Big Bazaar, Foodhall, Star Bazaar, Walmart, Metro and Reliance Fresh. Retail products are manufactured at their factory in Jalgaon, but the company has also set up manufacturing units in Andhra Pradesh, Tamil Nadu and Gujarat for bulk processing. It also has two manufacturing units in the US and one in the UK.

Different strokes
Established company protocols can pose a challenge to any new entrant, as any change can be met with resistance. However, modern times call for modern approaches. As the director of Jain FarmFresh Foods, Athang Jain introduced the top management to the world of social media marketing. With his in-house designers and developers, he modified their company website to give it a contemporary feel and make it more accessible to users. Some additions included features such as a quick search of dealers across the country, links to foreign subsidiaries and an optimised site for mobile devices.

He also changed his associates’ perception towards social media marketing by getting them actively involved on these digital platforms. He says, “Now they are on Facebook, Twitter and YouTube. Our presence on these platforms has increased our engagement with the public and created goodwill among them for the work we are doing to promote farming.”

Beyond work
The advantage of being part of a business family is that valuable advice is constantly passed on to the younger generation. “My family has always been supportive and helpful. Whenever I have suggested a new investment or a change in processes that will benefit a project, my family members fulfilled my requirements,” says Athang Jain.

In his free time, the young scion loves to read. A few of his favourites are the Harry Potter series and To Kill A Mockingbird. He enjoys poetry and likes to paint. He also plays basketball and squash, and runs regularly.

Charity begins at home
The Jain family actively participates in CSR activities through the Gandhi Research Foundation (GRF) and the Bhavarlal and Kantabai Jain Multipurpose Foundation. The GRF promotes Gandhian philosophy and the importance of non-violence among today’s youth. It also runs the largest interactive museum on Mahatma Gandhi in Jalgaon.

A number of educational, sports, health and cultural initiatives have also been launched. These include the setting up of the Anubhuti School and an eye hospital in Jalgaon.

A step forward
Recently, the company has bagged the Golden Trophy Award from the Agricultural and Processed Food Products Export Development Authority for its outstanding performance in 2014-15 and 2015-16. With this feather in its cap, Athang Jain aims to expand his retail food division to include healthy snacks and other food-based FMCG products. With his focus on natural and sustainable products, he aims to produce spices that are of a consistent and reliable quality.