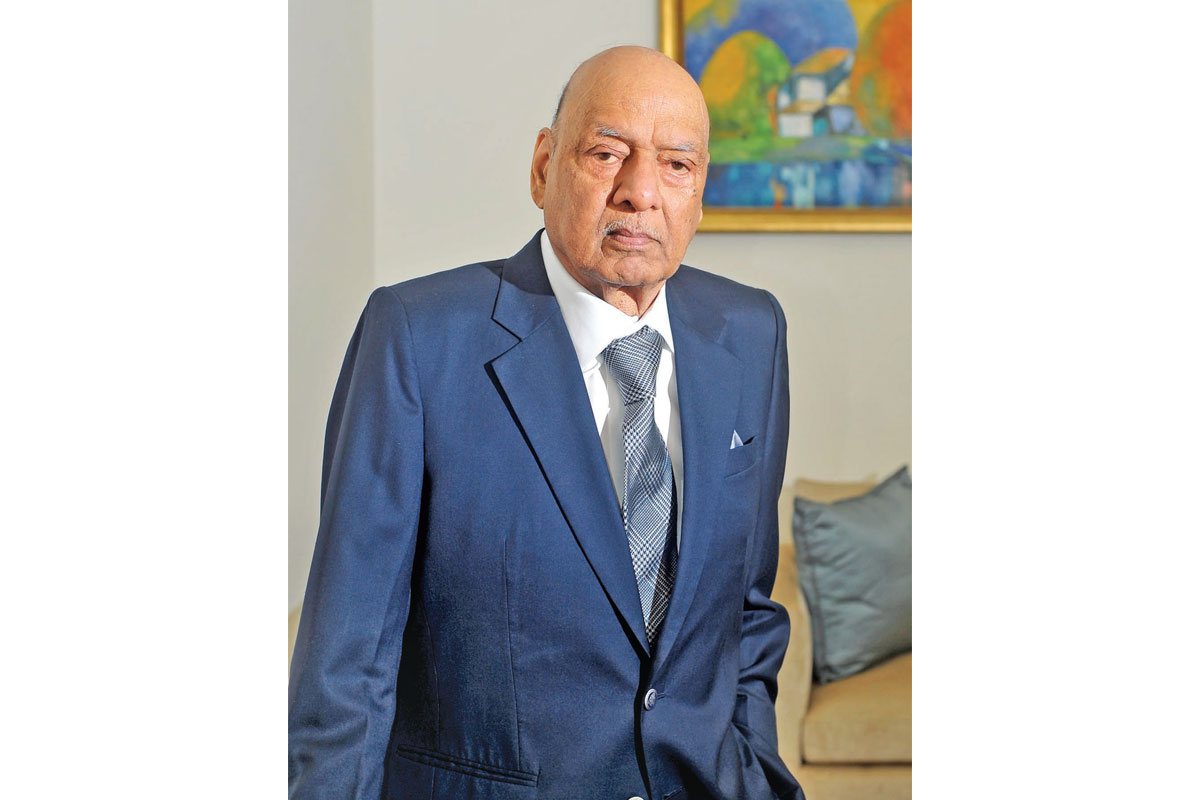 As entrepreneur, philanthropist, culture aficionado and Honorary Consul of the Kingdom of Morocco, Kailash Kumar Kanoria’s responsibilities go beyond overseeing Mumbai-based TCPL Packaging Limited, of which he is the founder and executive chairman. But considering his advanced age, he does it all with surprising agility and finesse. 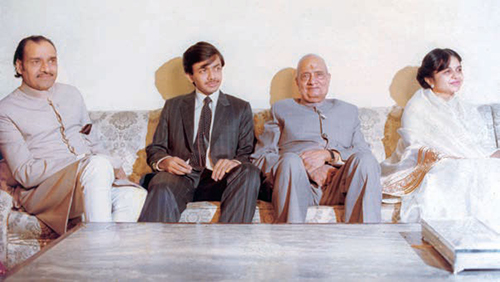 Kailash Kumar Kanoria counts among those Marwari businessmen who have carved their destinies through personal initiative and inner drive. As scion of an illustrious business family from Calcutta (now Kolkata), he started his entrepreneurial journey by taking the traditional route of training in the family businesses, but fate changed the course of his life and took him to Bombay (now Mumbai) instead, where he built his packaging business from scratch. Having grown from strength to strength ever since, his company, TCPL Packaging Limited, now is a market leader in the packaging business.

An illustrious background
The Kanorias’ business interests ranged from tea, sugar and textiles to cement and chemicals. Kailash Kanoria started off by looking after the tea business, which took him to Assam. From there he moved on to Uttar Pradesh to look after the family’s sugar mills, and later, around 1984, he was assigned the task of looking after the family’s textile mills in Ahmedabad. In 1994, Kailash Kanoria’s father, Radhakissen Kanoria, passed away, and thereafter he spent most of his time in Ahmedabad. With time, the Kanorias separated, and this put Kailash Kanoria at the helm of the family’s textile mills in Ahmedabad. And then, when he was looking to enhance the business, circumstances plaguing the already beleaguered textile industry forced him to think otherwise.

A new start
“In the ’80s and ’90s, the textile industry ran into a crisis. When matters came to a head, I shifted to Bombay, where we diversified into printing and packaging in 1989. It was an absolutely new business for us and so I had to start from the grass-roots,” says Kanoria. Then known as Twenty-First Century Printers Ltd, Kanoria’s business was headquartered in Bombay, while the factory was in Silvassa.

Growth and consolidation
Almost three decades later, thanks to Kanoria’s initiative and resourcefulness, Twenty-First Century Printers (now renamed TCPL Packaging Limited) has not only grown to be a leading manufacturer of packaging material with multiple product offerings, but also has been able to notch up an impressive turnover of over R800 crore, a part of which comes from exports. Its products include folding cartons, printed blanks and outers, litho-lamination products, plastic cartons, blister packs, shelf-ready packaging products and more. To put TCPL’s growth in perspective, Kanoria says, “We are the largest in the carton packaging business in India now and are in a very dominating position with four factories and prestigious clients like Hindustan Unilever, Nestle, Cadbury, Jagatjit Industries, Radico Khaitan, Godfrey Philips and others.”

Together with TCPL’s growth, Kanoria’s involvement and influence in business circles increased also. As an active and senior member of prestigious trade bodies such as FICCI and various chambers of commerce, he often represented them in delegations abroad. He also headed several trade associations as chairman, such as India Jute Mill Association, Ahmedabad Textile Mills’ Association, All India Organisation of Employers and others. 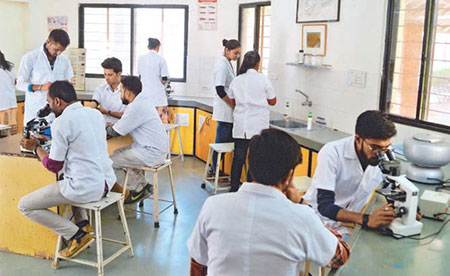 Generation next
A lot of TCPL’s growth, however, is to be credited to Kailash Kanoria’s son, Saket Kanoria, who joined his father after completing his MBA in USA in the late nineties. Thereafter, he trained with his father for the next10 years, during which time, Kailash Kanoria says he gradually took over and expanded the scope of the works at the Silvassa factory and then gradually extended TCPL’s footprint by establishing factories in Haridwar, Goa and Guwahati.

All these units are equipped with top-of-the-line machines from the world’s leading manufacturers such as Heidelberg, KBA and Bobst, which enables TCPL to execute various jobs like printing, punching, gluing, lining and more with state-of-the-art technology and thereby deliver world-class quality. Emphasising on quality, Kanoria says, “Our quality is second to none, because, our clients are very fastidious. Moreover, in our line, we cannot afford to have rejections, as that would mean bringing all the printed cartons back to our factory and shredding them, as it is branded material.”

Of late, two of Saket Kanoria’s sons—Akshay and Vidur—too have joined the family business, while third son, Rishav—the eldest of the three—is studying information technology in USA. Akshay looks after the Guwahati factory and the marketing department and Vidur has been put in charge of a new flexible packaging unit in Silvassa that makes pouches. Both work under the overall supervision and guidance of their father. 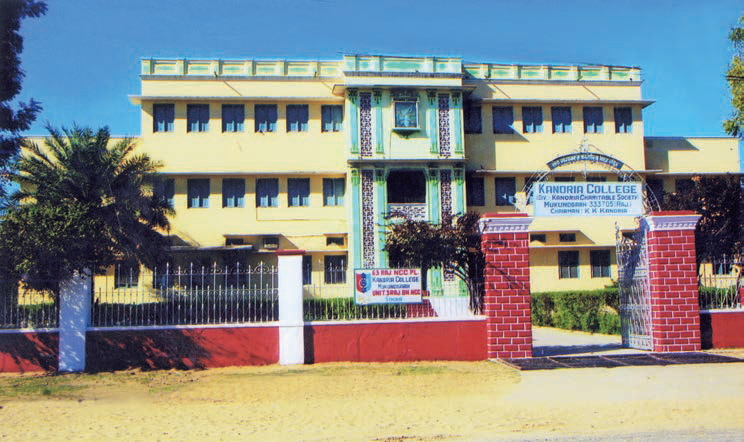 An educationist and philanthropist
As for Kailash Kanoria, with son Saket and grandsons gradually taking over, he has reduced his involvement and now spends most of his time overseeing the company’s general and financial affairs, handling litigations and looking after the charitable institutions of the Kanorias, of which there are several, mainly in their native Mukundgarh (in Rajasthan) and Ahmedabad. “We have about 1,200-1,300 students studying in our educational institutions in Mukundgarh, which constitute a primary school, a secondary school and college— so students can study right from the primary level up to graduation. We have two BEd colleges besides,” says Kanoria.

“In Ahmedabad, we have the Kanoria Hospital and Research Centre which is a fully-equipped general hospital, but specialises in drug and alcohol de-addiction,” continues Kanoria. “Being the only hospital of its kind in Gujarat, it is recognised by the Gujarat government and is primarily aimed at rendering services to the needy, as per the government’s notifications.” The hospital is said to have helped many rid of their addictions and saved their homes and families. The entire idea of Kanoria Hospital is to help the needy and the poor for their general medical problems, especially addiction problems, at rates which are affordable and much lower than comparable hospitals in that area, Kanoria stresses. It also conducts free medical camps in various branches of the medical field, especially psychology, at regular intervals, and not only in the hospital premises but also in various upcountry centres, in coordination with the district authorities there. 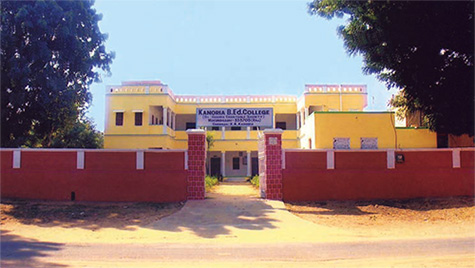 Further, it also houses a vocational training institute, where students train to be counsellors. As counsellors, they attend to those in need, especially addicts, or those suffering from depression and are prone to suicide. An ISO 9001 institution, it also offers a vocational training programme for lab technicians (affiliated to Gujarat Council of Vocational Training). Appreciably, at the vocational training institute, psychiatry related courses are offered, aimed at empowering women and underprivileged communities, and thus 80 per cent of its students are girls and 50 per cent are from the OBC/ST/SC categories. Further, once the girls pass out, they are helped with suitable placements to ensure financial stability.

Overseeing TCPL’s overall functioning and his philanthropic engagements, however, are not all there is to Kanoria’s life. He has also been the Honorary Consul of the Kingdom of Morocco for the last 14 years and continues to actively serve in the capacity, promoting business between Morocco and India, promoting tourism, attending to protocol and resolving issues faced by Moroccan citizens in Mumbai. He also is credited with forming an association of honorary consuls in Mumbai. “When I became the consul, there was no coordination between honorary consuls. So I coordinated with them and made an association of honorary consuls and I was the founder president of the same for the first 5-6 years,” says Kanoria. A great deal of Kailash Kanoria’s efforts and time goes in handling litigations with which the Kanorias have been embroiled for decades. “I am involved in litigations relating to our closed mills and other properties belonging to us, especially in Gujarat,” he says. “Though some of these cases have been resolved in our favour, we are struggling with others.” 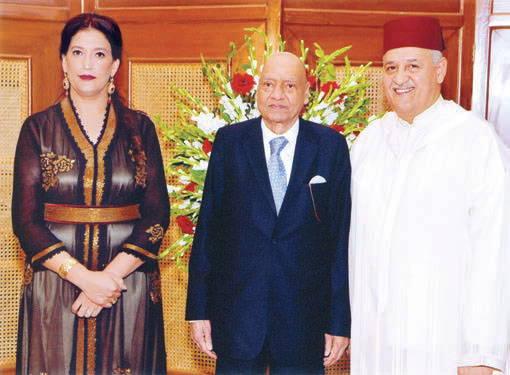 On the home front
Coming to his family, Kanoria reveals his involvement with the well-known Kanoria Art Centre in Ahmedabad, of which his wife, Urmila Kanoria, is the founder. An art lover and daughter of the well-known industrialist and philanthropist Rai Bahadur Gujarmal Modi, Urmila Kanoria, with her husband’s active support, has turned the centre into a world-class institution that now houses an art gallery as well. She also helps run the Kanoria Hospital and Research Centre in Ahmedabad. Sharing the family’s passion for art and philanthropy, Kailash Kanoria’s daughter Sangita Jindal (she is married to industrialist Sajjan Jindal) leads the Jindal Arts Centre, apart from chairing the JSW Foundation, which is involved in social development projects. And as for son Saket, as MD of TCPL Packaging, he, together with his sons, is engaged in spearheading the company’s growth.

With so many engagements, Kailash Kanoria’s life revolves around attending office, fulfilling consular responsibilities, looking after the family’s various cultural and philanthropic institutions, handling litigations, advising his children and visiting religious places. All this, of course, entails a lot of travelling, including monthly visits to Ahmedabad with his wife. Demanding and strenuous though this is, the septuagenarian does it all with surprising agility, diligence and aplomb. 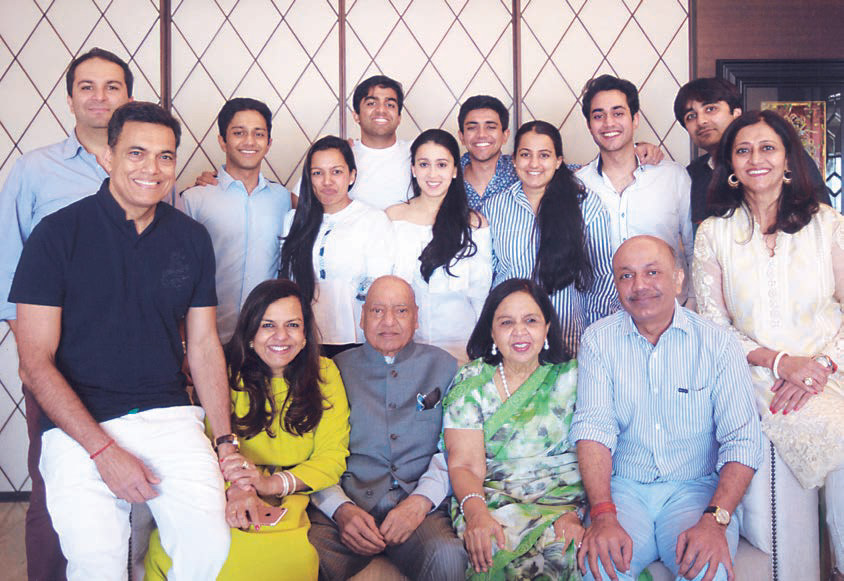