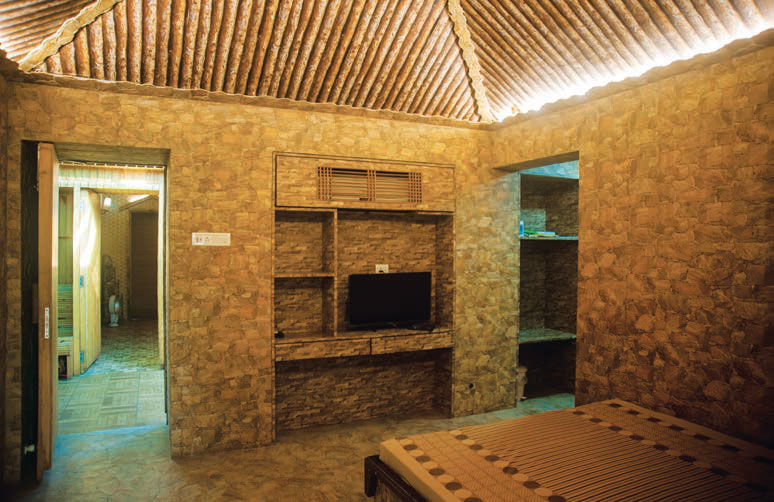 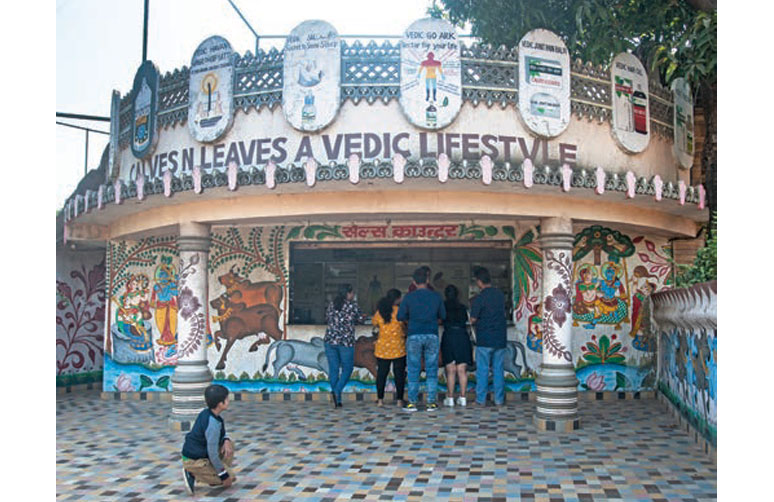 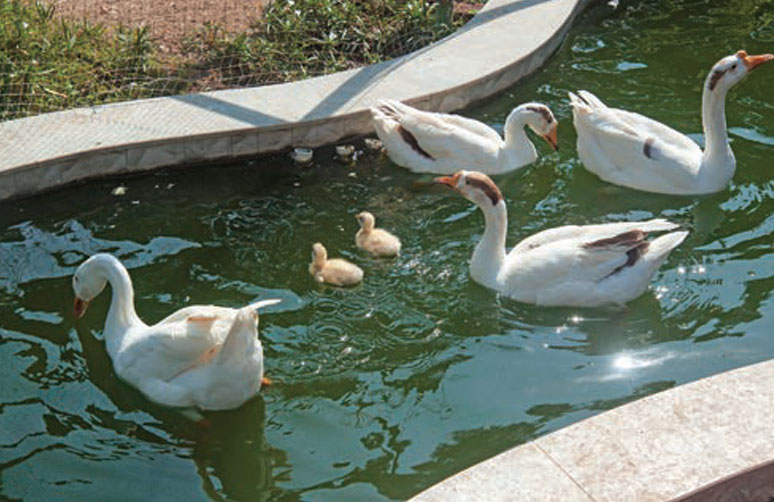 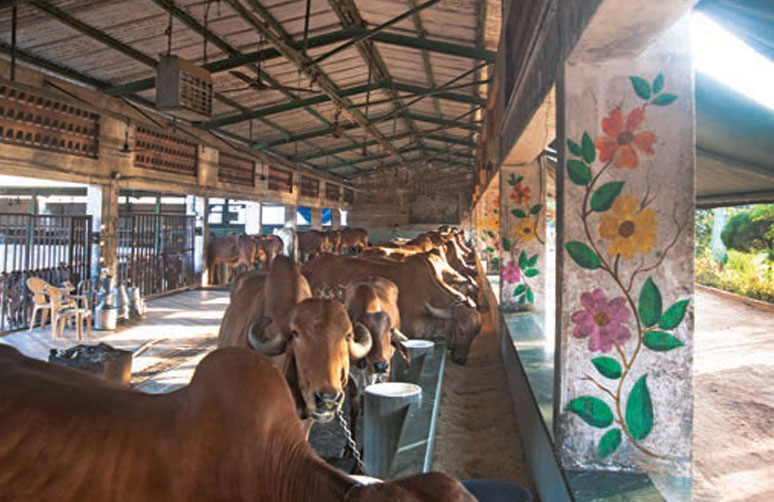 Apart from offering soothing, rejuvenating weekend getaways amidst pastoral settings, Damodar Farms serves as a modern, scientific centre for dissemination of knowledge about cow breeding and the beneficence of the panchagavya, especially cow urine and dung.

SINCE TIMES IMMEMORIAL, THE COW HAS been revered in Hinduism as a representative of the divine. Further, the widespread use of the panchagavya, or the five products derived from the cow—milk, curd, butter, urine and dung—as a source of nourishment, or in rites of healing and purification, has given reason for the cow to be protected. While this reverence may have largely taken on religious hues in the past, in modern times, the panchagavya, especially cow urine and cow dung, have been the subject of intense research and scientific study as well, a case in point being the Damodar Farms at Vapi, Gujarat, that apart from being a gaushala and natureinspired weekend holiday destination, doubles up as a centre for research and dissemination of knowledge and social service to local farmers.

Mission philanthropy
Damodar Farms owes its being to the philanthropy of the Biyani brothers—Arun, Arvind, Ajay and Anil Biyani—who also are the owners of the Mumbai-based Damodar Group, a yarn manufacturing giant with a `1,200 crore turnover. As trustees of the Damodar Foundation, the Biyani brothers’ dedication to the cause of cow protection is as intense as the need to explore the benefits of the panchagavya from a modern, scientific perspective. “The objective of this farm is to save, serve and sustain an Indian breed of cows, namely the Bos Indicus Gir, which is medicinally of very high importance for human beings and the environment,” says Ajay Biyani, who showed us around the Damodar Farms during a recent day-long visit.

Panacea for modern ills
Given these goals, what also features high on the Biyanis’ priority list is reviving Vedic practices that centre around our forests, our biodiversity, Ayurveda and, of course, the cow. “Our originality is getting lost,” laments Biyani. “The biggest problems today are pollution and global warming. The food we eat is full of chemicals and fertilisers. To redress these issues, what we need is purity in nature, and the most important part of it, we feel, is the cow,” he says. 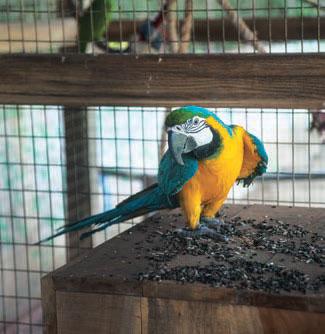 The right breed of cows
But what’s so special about Damodar Farms and the Bos Indicus Gir? “While gaushalas are not a new concept, most gaushalas today are in a very poor state. Also, scientifically they are ignorant, so the original purpose of conserving good and important breeds is lost,” explains Biyani. “We want people to know the real cows, the good breeds that are really going to benefit the people and the environment. Bos Indicus cows is the only species which has a metabolism where it does not leave its toxins in the dung, urine and milk. It retains these toxins under the skin instead and releases them through the skin by perspiration, so these cows have to be in the sun for at least two hours.”

The Bos Indica, incidentally, is a largish breed that is native to the Saurashtra region. It is known for its higher milk yields and Damodar Farms has scores of them.

As Biyani explains the various nuances of his gaushala, he emphasises the beneficence of cow urine and cow dung—the former for the huge promise it holds as a bioenhancer (that is capable of enhancing bioavailability and efficacy of a drug when co-administered with it, along with boosting immunity, without any pharmacological activity of its own) and the latter for its multifarious uses as a fuel substitute, manure, as an ingredient for dhoop batti, soaps, pain balm, etc. Apart from its potential as a bioenhancer, cow urine also has antibiotic, antiinflammatory, anti-cancer and anti-fungal properties and can even help in restoring oxidative damages of the DNA, maintains Biyani. To underscore its importance in medicine and the research work that has been conducted in the area, he flaunts no less than 10 patents given by the US in favour of cow urine, one of them as a potential bioenhancer.

One of Damodar Farms’ missions is also to instill an appreciation for Vedic values in modern youth. It offers opportunities for youngsters to learn about nature, cows and various Ayurvedic home and health care products derived from or inspired by the panchagavya—all this while spending a fun-filled weekend of games, entertainment, delectable food and cultural activities at the farm. The place, in fact, comes across as a perfect spot for weekend getaways for the entire family, there being something for each age group, be it a mini zoo of rare birds and animals for children, an extremely well-maintained gaushala where one can milk or feed the cows, a duck pond, facilities for yoga, an auditorium, a modern kitchen, a tree house for candlelight dinners at Ashok Vatika (a canopy formed by a cluster of 51 ashoka trees), two playgrounds, an adjoining temple, a walking track for acupressure therapy, etc. It also has specially designated areas (Rashi Van, Nakshatra Van and Navgrah Vatika) for people born under different star signs, with carefully chosen trees and herbs that emit energy levels and bio-plasma energy in keeping with his/her janma nakshatra, while also helping in balancing the physiological self with extended exposure to electronic radiation that now has become a part of everyday life. Further, there are laboratories for conducting panchagavya related research and training facilities for farmers and other gaushalas to learn modern, scientific methods of dairy farming and about products derivable from cows, including pure cow ghee (from the Bos Indicus Gir) that is sold for Rs.3,000 per kg. Guests too can make their own herbal and panchgavya products like soaps, cosmetics and herbal tea.

Importance of cow urine and dung
To help one adopt a Vedic lifestyle, Damodar Farms offers a host of lab tested and certified products under its Calves N Leaves brand that are made from a combination of organically grown herbs and the life-enhancing properties of the panchgavya of the Bos Indicus Gir. They include soaps, creams, face packs, hair oil, nasal drops, balms, etc. “Our main objective is not commercial but to spread awareness about cow dung, the importance of cow urine and cows on the whole,” says Biyani. “We are trying to re-establish what was established years ago, but on a modern platform.” And on that note our interaction with Ajay Biyani ends and we bid farewell to Damodar Farms which continues to be remembered as fascinating amalgam of Vedic values and a modern, scientific approach to reviving them, in a bid to reintroduce a way of life that seems to be lost.