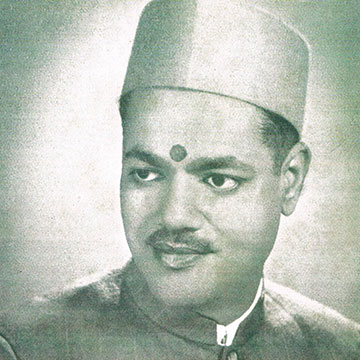 Mumbai-based construction major Gannon Dunkerley & Co Ltd and Nawalgarh-based M R Morarka- GDC Rural Research Foundation couldn’t be more diverse in their objectives, but they represent two of the most defining aspects of the Marwari business ethos: an innate desire to create successful businesses and the spirit of giving back to society. While Gannon Dunkerley & Co continues to gain ground in the Indian construction space, M R Morarka-GDC Rural Research Foundation (also known as Morarka Foundation) has grown in huge strides ever since the voluntary, not-for-profit organisation started functioning in 1993, hoping to make a difference through its social and community development activities in the Shekhawati region of Rajasthan. At the helm of both these organisations lie the entrepreneurial brilliance and magnanimity of Kamal Morarka, and, more significantly, the pioneering role played by his father, late Mahavirprasad Ramkumar Morarka, in changing the Morarkas’ fortune from a trading family to prosperous industrialists, whose centenary we celebrate this year.

Kamal Morarka’s love and respect for his father remains undiminished to this day. To celebrate his life and achievements as an industrialist, litterateur and cherished father, he has launched yearlong celebrations that will be held under the aegis of the Morarka Foundation. The celebrations will include the release of a book on M R Morarka, written by Nandkishore Nautiyal and Dinesh Sharma, and various other events and functions that will be held in Nawalgarh, Jaipur and Mumbai. 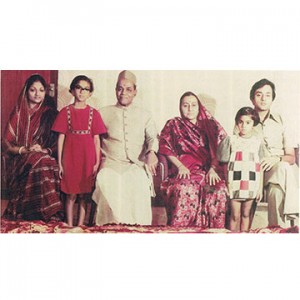 The Morarkas’ rise as entrepreneurs goes back to the early twentieth century, when the family was engaged in trading activities with the British, who then controlled most of the Indian industry. Unlike most other Marwari business houses of the time, who had made their fortunes in port cities like Calcutta (now Kolkata) and Bombay (now Mumbai), the Morarkas chose to stay put in their hometown, Nawalgarh, where they ran a successful commodities business. By and by they built several properties in Nawalgarh, including a grand haveli that currently is under renovation. Into this household Mahavirprasad Ramkumar Morarka was born to Ramkumar and Lakshmibai Morarka, on July 15, 1919. As the Indian nationalist movement reached fever pitch in the pre-Independence years, the British started losing their stranglehold on the Indian industry, and with it the trading community felt forced to look elsewhere for new opportunities. The Morarkas were no exception, who thought it best to move out. “Our family shifted to Bombay in the 1930s,” says Kamal Morarka. “My grandfather, Ramkumar Morarka, together with his two brothers came to Bombay. The family was staying at Malad at the time.”

Later, however, Ramkumar Morarka relocated to Marine Drive, which then was just coming up. Morarka takes us back to those years: “As it usually happens in big families, my grandfather’s two brothers stayed together, and my grandfather and his sons—that is, my father and uncles Radheshyam Ramkumar Morarka and Ratanlal Morarka—shifted to Marine Drive in 1940. Here they started trading in yarn with the Kilachands, who were famous at the time for yarn.” 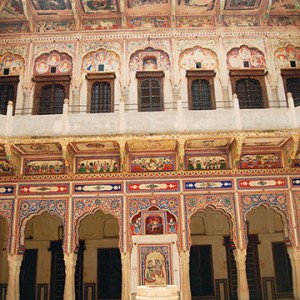 As the years passed, the Morarkas built a modest trading business and moved along, until an unusual opportunity came knocking on the door that was to change their lives forever. “Sometime in 1944 or so, the representative of the British management of E D Sassoon Mills offered to my father M R Morarka that for a certain amount of money, the ownership of E D Sassoon Mills could be transferred to him,” says Morarka. “The offer, however, stipulated that the said amount of money would have to be paid within the week, otherwise the offer would lapse. My father was just 25 years old and E D Sassoon Mills was a group of six units in Bombay city and the largest textile mill at that time,” continues Morarka. “When my father came home and showed the letter to my grandfather, my grandfather was furious. ‘Are you mad? We don’t have that kind of money!’ he said. ‘Go and return this letter.’”

After grandfather had calmed down, better sense prevailed, however, and the Morarkas offered to tie up with others to raise the required capital. “People joined hands and within seven days they formed a partnership company called Agarwal & Co. I think there were more than 10 partners—they pooled in the money and took over the management of the company, renaming it India United Mills Ltd. Acquisition of this mill was a turning point and a big jump in Morarkas’ fortunes,” says Morarka.

From traders to industrialists

The next few years fortuitously were a boom period for the textile industry, which not only honed the Morarkas’ entrepreneurship skills but also changed their status from traders to industrialists. Meanwhile, as could be expected, infighting broke out among the partners who gradually left one by one. But by then the house of the Morarkas had got established, enabling Ramkumar Morarka to buy a plot of land in Carmichael Road, which at that time was a sparsely inhabited place. On this land, he built a house which stands till today and where the Morarkas still live. 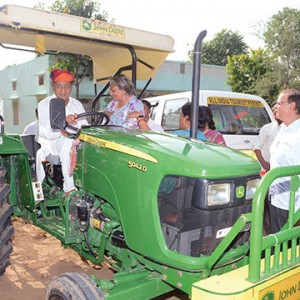 In 1950s, M R Morarka got into a partnership with his brother-in-law (sister’s husband) Mannalal Agarwal, who had bought a textile unit in Indore called Hukamchand Mills Ltd. The textile industry being labour-intensive, M R Morarka proposed a scheme for workers’ participation in the management of the mill. This was something new in the industrial world. It, nevertheless, found favour in labour circles and even Jawaharlal Nehru, the then prime minister of India, who personally came to Indore to inaugurate the scheme.

Apart from Hukamchand Mills, the Morarkas simultaneously bought Gannon Dunkerley from the British, which then was a small firm of indenting agents. They also bought a sugar mill in Hospet, Karnataka called The India Sugars & Refineries Ltd. The Morarkas were fully-fledged industrialists now.

A man of many parts 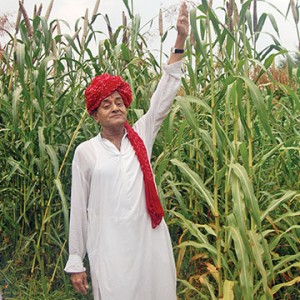 As a person, M R Morarka was a humble, traditional dhoti-kurta-pagdi wearing Marwari with little formal education, having picked up a modicum of it in a pathshala in Nawalgarh, where classes were held under a tree. Not to be deterred, however, he went on to self-educate himself to the point of even becoming a litterateur later in life. Reminiscing, Kamal Morarka exclaims, “I am a student of Cathedral & John Cannon School and have graduated from St Xavier’s College, Bombay, but my father’s English was better than what I am speaking to you now! When we were growing up, I remember, he would talk about Shakespeare, Milton, the Bible, Bernard Shaw, Sanskrit, the Vedas, and what not! 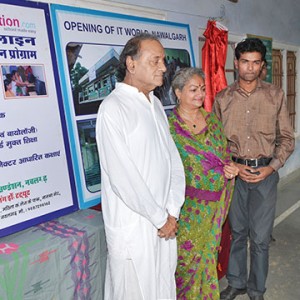 He even wrote a book in Hindi, Samajwad Ek Adhyayan—an adaptation from Bernard Shaw’s The Intelligent Woman’s Guide to Socialism. Now, that was highly unusual, because industrialists don’t write books on socialism!”

M R Morarka actually was a man of many interests, as becomes clear from Kamal Morarka’s ongoing narrative. “He also used to play chess two hours a day,” he continues. “Now what’s chess got to do with business! Actually, he had varied interests and was truly a multifaceted personality.” 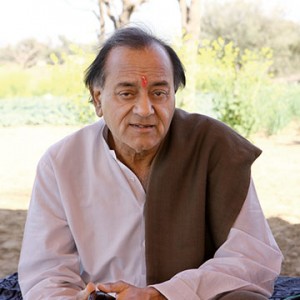 Cast in the typical Marwari mould, M R Morarka remained a strict vegetarian and stayed away from smoking and drinking. Though religious, he was at the same time strongly secular too. To bring out this particular facet of his personality, Kamal Morarka narrates an incident where as a student of Cathedral & John Cannon, he and all other students of the school were required to walk all the way to St Thomas Cathedral, at Horniman Circle, in observance of School Founder’s Day. Not really keen on doing this, he approached his father to write a letter to the school authorities asking them to excuse him, saying he had a slight fever. On hearing this, his father thundered, “What? You don’t want to go to church! Why?” After this reprimand, Kamal Morarka would troop to the church every year on Founder’s Day, together with other students, until he left school nine years later in 1962.

There also was an idealist in M R Morarka that not only led him to remain truthful himself, but also teach all his children to always speak the truth, no matter how harsh it was. Also, he would teach his children to face problems bravely, no matter what the consequences. “My father would say, ‘No problem will go away by just shutting your eyes to it, so don’t run away from it. You have to go through it; you have to suffer it and clear it’” Kamal Morarka reminisces. It’s a lesson he says that has stayed with him all his life.

The end of an era 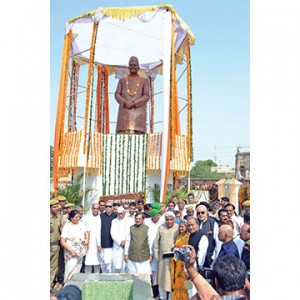 M R Morarka passed away on October 19, 1987. A few years later, in memory of his father, Kamal Morarka founded the M R Morarka-GDC Rural Research Foundation in Nawalgarh which has grown over the decades to serve innumerable households. The foundation engages in rural development work covering hundreds of villages in the Shekhawati region. Apart from pioneering organic farming, it has a host of other initiatives to its credit that include vermiculture, natural resources management, microfinance, value added employment, promotion of tourism, disaster management, etc. These initiatives have in turn led to the Annual Shekhawati festival that is celebrated in the Jhunjhunu district to promote tourism in the area. 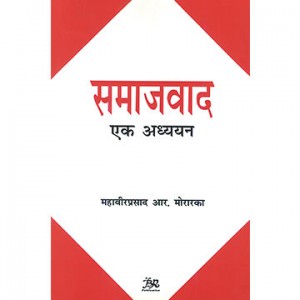 Memories of departed near and dear ones stay forever, and it’s been the same with Kamal Morarka too, who finds his father’s humility, values and ability to bring about a turnaround in the Morarkas’ fortunes under adverse circumstances immensely inspiring. Apart from being a successful industrialist and a well-known political leader in his own right, Kamal Morarka has a host of other achievements to his credit. Perhaps it all has to do with one of life’s greatest lessons that he has learnt from his father—that where there is a will, there is a way.