The spirited and electrifying state of Rajasthan was earlier known as ‘Rajputana’. Rajputana meaning ‘Land of Rajputs’ refers to the warrior caste that lived mainly in Rajasthan. Apart from being fierce warriors in battle, the Rajputs were also prolific builders who knew how to build an aesthetically pleasing legacy. The architecture of Rajasthan is a beautiful blend of Rajput and Mughal styles.

Here we list three distinctive types of features and elements of Rajasthani architecture. 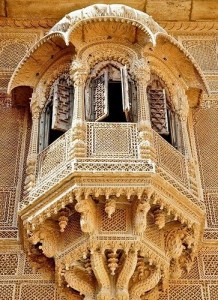 A jharokha refers to small, suspended and enclosed balconies which are very significant of Rajasthani architecture. In ancient days, the jharokhas allowed royal ladies to enjoy events during festivals and functions without revealing themselves to outsiders. 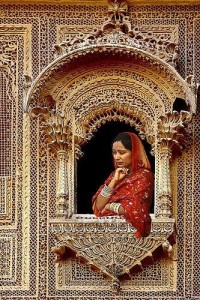 The jharokhas were made of wood or marble in intricate designs and sometimes mirrors or lights would be added to give it a distinguishing look.

Seen in palaces, forts and havelis like the Hawa Mahal in Jaipur, Phalodi Fort in Jodhpur and Patwon-Ki-Haveli in Jaisalmer, the jharokha is also present today in many homes as a piece of décor in different forms, sizes and shapes due to its timeless appeal. 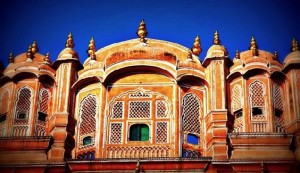 These jharokhas which are a classic element of Rajasthani architecture are good backdrop for photos. 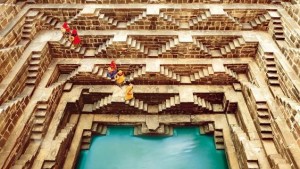 The grand and striking stepwells are the most exquisite feature of Rajasthani architecture. Called as ‘baori’ or ‘bawdi’ in Rajasthan, due to its climatic and geographical conditions, the state often witnessed water shortages. Hence the stepwells were built for water harvesting. 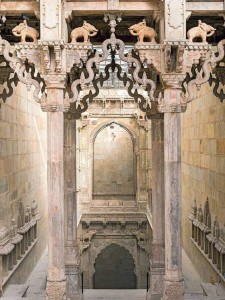 The earliest stepwells were simple in terms of their design with mainly two parts: a vertical shaft through which the water was drawn and the other being the steps which gave access to the well. However over time attention was also given to its architecture and design making it more fancy and elaborate. Built quite wide in space, the stepwells were also used for religious ceremonies and events. 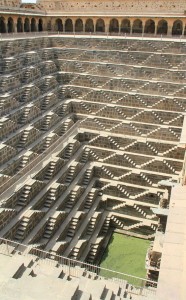 One of the most famous and attractive stepwells, the Chand Baori, which is a visually spectacular landmark of Rajasthan is waiting for you to visit. With around 3,500 narrow steps and 13 storeys, is the Chand Baori stepwell that creates a hallucinatory effect while descending down its steps. 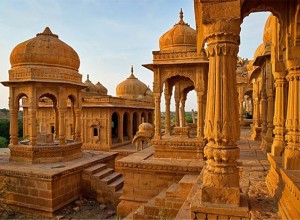 Chhatris in the Shekhawati area of Rajasthan were meant for cremation of distinguished and affluent personalities and were memorials for royals, which was later on adapted in the construction and architecture of many other buildings in Rajasthan. 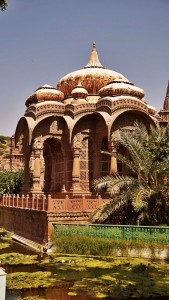 The chhatris in Gadisagar Lake, Jaisalmer seem like small formed islands. Many other prominent chhatris exist today in cities like Jaipur, Jodhpur, Bikaner, Alwar and Udaipur. 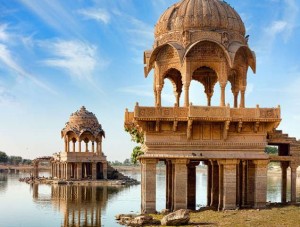 A visit to Rajasthan is incomplete without visiting one of the aforementioned structures that remind us of the regal history that was once present in this state. 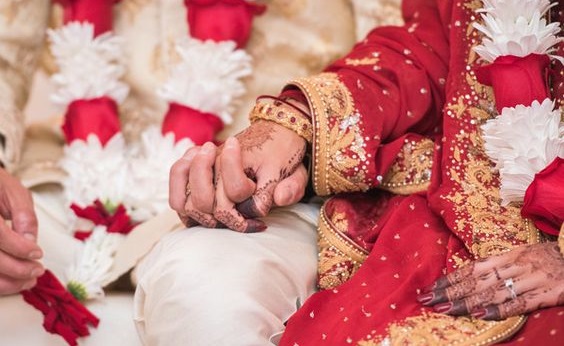 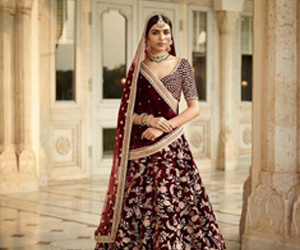