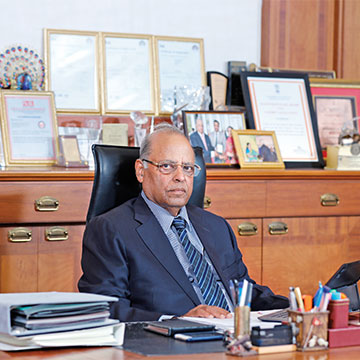 Suresh Kumar Poddar’s desire to launch Mayur Uniquoters Limited (in 1992) had stemmed from a vision to manufacture world-class synthetic leather. At that time, the synthetic leather segment was fragmented and primarily dominated by the small-scale industries (SSI) sector. Poddar, nevertheless, has scripted an incredible journey of fame and success, and the growth continues two decades later to make Mayur Uniquoters one of the largest manufacturers of synthetic leather in India, with a total production capacity of 3.05 million linear metres every month and a whopping FY 2017-18 turnover of `556.37 crore. “This scale of production is supported by our high-tech production lines that comprise top-of-the-line machinery imported from China and Italy,” says the 72-year-old Poddar, who is the chairman and managing director of Mayur Uniquoters. 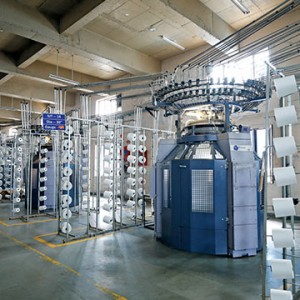 Poddar’s family originally belongs to Fatehpur, Rajasthan, from where, like countless other Marwari families, it had moved to Kolkata, lured by the city’s business prospects. In Kolkata, his father took to trading in synthetic leather. Son Suresh joined him when he was 22, having just acquired his degree in science from the University of Calcutta. As a budding entrepreneur, Poddar developed an avid interest in trade and distribution of synthetic leather and in 1968 began working as a commission agent for the National Leather Cloth Manufacturing Company. Success followed. “By 1976, we got distributorship for Eastern India. We used to supply to Bata and Hindustan Motors at that time,” he reminisces.

Striking out on his own

By the early 1980s Poddar had begun toying with the idea of manufacturing. It was a time when Sanjay Gandhi’s dream of building a cheap, efficient and indigenous car was coming true, leading to the nationalisation of Maruti Motors Limited that went on to partner with Japan’s Suzuki Motor Corporation. Maruti-Suzuki would go on to make Maruti 800, India’s first people’s car. In those days, Maruti-Suzuki would import car door pads from Japan, but Poddar was to begin making them in India for the carmaker. “With that, Mayur Industries came into existence and the first plant was set up in Jaipur,” reveals Poddar.

In 1987, Poddar started another company by the name of Mayur Leather Products Limited that made industrial shoes—worn by shop-floor workers—for a German company. Success greeted him here too! “The company flourished and we came out with a public issue in the 1990s that received an overwhelming response from the public,” says Poddar, adding, “The public issue was oversubscribed and MLP [Master Limited Partnership] shares got listed on BSE [Bombay Stock Exchange].” Both Mayur Industries and Mayur Leather Products Limited, however, were later transferred to relatives (within the Poddar household). 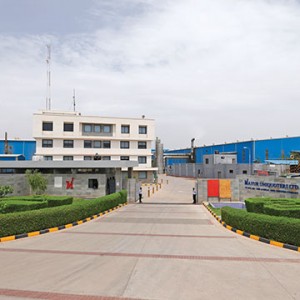 Poddar then travelled to Germany and Italy to pick up new trends and developments in synthetic leather. “I realised that synthetic leather was extensively used in footwear, ladies’ bags, furnishings and car upholstery. But more importantly, the difference in product quality between India and Europe was huge,” says Poddar. Harbouring ambitions of becoming a big player, Poddar soon decided to set up Mayur Uniquoters Limited and make it a public limited company from day one. Looking back, he says, “We raised `5 crore by issuing 5 million shares and another `1 crore as loan from RIICO [Rajasthan State Industrial Development and Investment Corporation].” We learn from him that the initial five years were tough, but fortunately, by 1998, the market situation began to look up, as Indians started getting exposed to footwear of international quality and manufacturers here started adopting better materials and practices.

Expanding the customer base

At Mayur Uniquoters, the automotive and footwear segments are currently the largest revenue earners. The company’s clientele in India is impressive across all the segments that it operates in and includes top names like Ford India, Honda, Hyundai, Mahindra, Maruti, Nissan, General Motors and Tata in the automotive sector and Action Shoes, Liberty Shoes, Relaxo Footwear and VKC in the footwear sector. 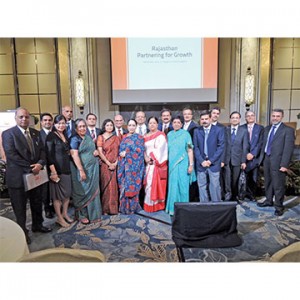 After forging strong relationships with leading domestic auto OEMs (original equipment manufacturers) and footwear manufacturers, the company began working with global auto OEMs. Today, Mayur Uniquoters generates a big chunk of its revenues from overseas markets—it is one of the biggest exporters of synthetic leather to competitive automotive markets like USA, where conformance to customer specifications is a must. In fact, the company is the only one from India to supply synthetic leather directly to two carmakers based in USA: Ford and Chrysler Corporation. That apart, Mayur Uniquoters exports its products to Belgium, Russia, Sri Lanka, Saudi Arabia, South Africa, UAE and UK.

Mayur Uniquoters’ foothold in the market is attributable to its worldclass quality control systems (that comprise testing equipment) and its R & D wing that has the best engineering minds. Manufacturing is undertaken in compliance with domestic and global standards to ensure that the end product is of outstanding quality. Poddar says, “In the 1990s, very few companies could manufacture synthetic leather as per the required quality levels. We are the first company in this sector in India with ISO 9001:2015, ISO 14001:2015, OHSAS 18001:2007 and IATF 16949:2016 certifications, which are very important if you are looking to cater to the automotive segment.” 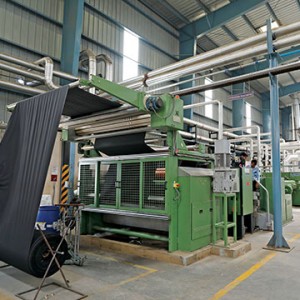 Mayur Uniquoters has also spared no effort when it comes to investing in process improvement, structural changes and additional capacities, which has been a major reason behind the high growth rate that it has achieved over the years. To save on logistic costs and serve the automotive industry better, it has set up warehouses in Mexico and USA. To ensure it meets the increasing demand for PU leather, the company has acquired 25 acres of land for a new manufacturing unit in Gwalior, Madhya Pradesh. Further, the company has invested `40 crore in a unit for producing knitted fabric, used as a backing cloth for PVC (vinyl) to make synthetic leather. Poddar reveals, “We have imported knitting machines from Germany and Japan to make these fabrics.”

Philanthropy that makes a difference 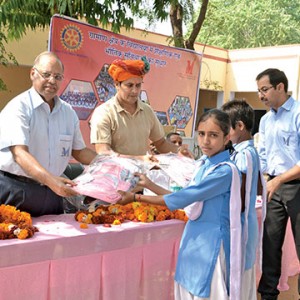 Besides business, Poddar is keenly interested in social causes, which shows by way of Mayur Uniquoters having upgraded government schools in Govindgarh, Jaipur. Till date, around 30 schools have been upgraded

(by way of constructing classrooms and separate toilets for boys and girls, providing furniture, computers, sports items, e-learning material and scientific instruments for labs, etc). The company also arranges behavioural training for teachers and students and undertakes regular maintenance of these schools. 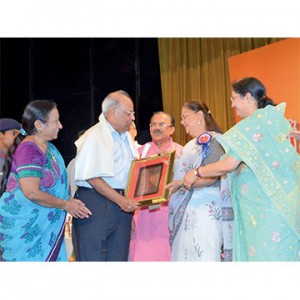 Many of Mayur Uniquoters’ achievements on the work front and beyond are worthy of commendation. Little wonder then that the company has won several prestigious awards. These include ‘Forbes Asia’s 200 Best Under A Billion’ award for 2012-13, ‘Worldwide Achievers: Business Leadership Award 2014’, ‘Excellence Award’ from Institute of Economic Studies (IES) in 2015, and ACMA Award (Bronze Trophy) for Excellence in Exports (Large Category) in 2015. For its contributions towards promotion of education in Rajasthan, the company was honoured with the Bhamashah Award in 2015. These apart, Poddar has been conferred with the ‘Udyog Rattan Award’ from Institute of Economic Studies. 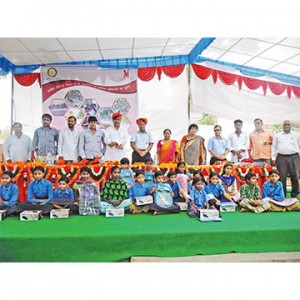 For Mayur Uniquoters, countering Chinese dominance in the export market and new entrants offering cheaper material at lower prices are challenges. But the future holds much promise for the company, nevertheless, that stands out for its backward integration and capacity to offer reliable and quality goods to clients. What also augurs well for the company is that synthetic leather is being seen as a cost-effective alternative to natural leather.

So, where does Poddar plan to take the company in the future? In response, he says, “We plan to increase exports to auto OEMs three-fold over the next 5-6 years. In fact, we are already on the verge of getting approvals from Mercedes-Benz and BMW for supplies from India by end of this year.” And because India is witnessing a rise in demand for synthetic leather, the company plans to invest in three more PVC lines over the next 3-4 years, while looking at 15-20 per cent YoY growth, he concludes on an optimistic note.