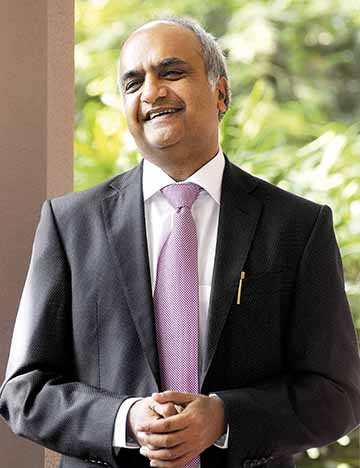 With more than a million users and presence in more than 140 countries, unlisted accounting software behemoth Tally Solutions counts among the world’s most used business softwares. Starting from scratch, the brand has seen incredible growth under father-son duo Shyam Sunder and Bharat Goenka and continues to grow with fresh impetus from scion Tejas Goenka. 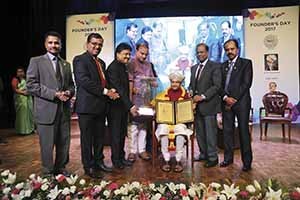 Computers were once thought of as the magic device of tomorrow that would make both brain and brawn redundant at the workplace, given their so-called ability to perform tasks at lightning speeds, at the mere press of a few buttons. The vast majority of the populace had no clear understanding of either computers or computing, except for a few, for whom the key to opening this magic world was learning computer programming languages like BASIC, COBOL and FORTRAN. Among them was Bharat Goenka—a student of Mathematics in Bangalore (now Bengaluru), who had enrolled for a course in FORTRAN that was being offered in college.

A yen for programming

The Goenkas are originally from Churu, Rajasthan, who, like countless other Marwaris, had moved to Calcutta (now Kolkata), lured by its business prospects. In Calcutta, the Goenkas took to manufacturing bobbins for the textile industry, and this remained the family business for many years. In 1969, Bharat Goenka’s father, Shyam Sunder Goenka, shifted to Bangalore, extending the family’s bobbin manufacturing to the upcoming metropolis. It is here where the family’s foray into the world of computers was to unsuspectingly begin with his son Bharat’s interest in FORTRAN. 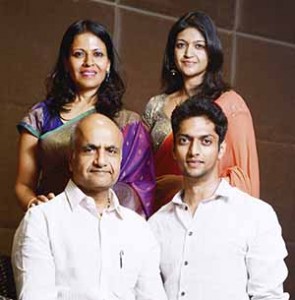 Bharat Goenka’s interest in computers incidentally had been sparked by a hand-held CASIO PB 100 programmable calculator that his father had gifted him. In those days, he would also be joining his father in the factory after classes, as is the usual Marwari practice, the objective being to gradually assimilate the nuances of the family  business. With his innate passion for solving problems and his newly acquired interest for programming, the young man, however, started trying his hand at writing programmes for the family business, and this proved to be an eye-opener for his uninitiated father.  “It made him realise what these things were capable of,” reminisces Bharat Goenka. “So he said to me, ‘If you are so interested in it, why don’t you become serious about it.’ And that’s how our first computer got purchased and our journey began.”

A new avenue
“My first assignment was to develop a software which could solve the manual accounting problems for our factory,” says Bharat Goenka. Having done accordingly, he proceeded to demonstrate the software to his father. His father, however, did not understand the demo, as computer codes were being used, and said ‘Are you writing software to make the life of the programmer easier, or the life of the user easier?’

“My father was a businessman who 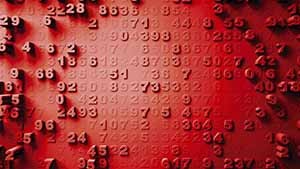 needed a software to make his day-to-day operations easy and did not believe in the concept of learning codes,” explains Bharat Goenka. “But that line became and continues to be one of the most important guidelines for our company, as it gave us insight into how our customers were likely to be and what we were going to deal with in the future. He made it very clear that the software we made should make the life of the user easier and not complicate it further.”

After this, months of rigorous development followed and several demos later, the Goenkas introduced their software, Peutronics Financial Assistant (PFA) to the market. Three decades later, in what started as a firm called Peutronics (in 1986) that produced accounting software for small and medium sized businesses, has become Tally Solutions Pvt Ltd (after a name change in the early nineties) and has grown into a fully-fledged business software for all types and of sizes of businesses, with over one million users in more than 140 countries. 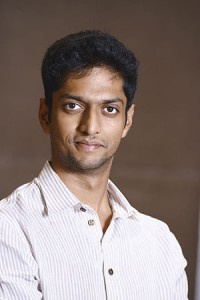 Among the company’s very first clients—as revealed by Bharat Goenka’s son, Tejas Goenka, during a subsequent interaction—was a tax consultant. Having reaped enormous benefits from the Goenkas’ newly developed software, the tax consultant is said to have returned three months later to thank the Goenkas for making it possible for his firm to grow several fold. It’s heartening for the Goenkas that there have been many such stories of how
Tally has changed businesses and business owners’ lives since.

The Goenkas had not provided a host of features in their software. What they had instead offered was a relatively simple software that worked at lightning speed, produced accurate reports, allowed flexibility in data entry, and these features continue to be synonymous with their software decades later. That apart, it is adaptable and can be used for any business, irrespective of the industry or style of operation.

Despite being a good, user-friendly product, the Goenkas had to struggle to create a market for it, however, considering that few people were computer literate in those days and fewer still owned desktops. Here, Bharat Goenka’s father Shyam Sunder went on to play an invaluable role. “My father was a visionary leader, an optimist, a very upright person and a risk-taker,” says Bharat Goenka. “He was also one of the best sales persons I knew. Such was his devotion to work that he used to make sales calls himself was the driving force for Tally in the initial years. In fact, he laid the foundation of Tally’s partner network which the company is well-known for today.”

By partner network, Bharat Goenka is referring to Tally’s 28,000-strong network of dealers and retailers, whom the Goenkas have always referred to and treated as ‘partners’, through they have no real partnership with them.

Down the years, the Tally software, however, has undergone a series of upgrades from the very first Tally product (Tally 3.0) that was launched as a book-keeping system in 1990. The more significant among them include Tally 4.5, which was released in 1994, as a financial accounting system that supported MS-DOS; Tally 5.0, which was introduced in 1996, as an upgrade to the earlier version and worked with the Windows operating system;  Tally 7.2, which was launched in 2005 to correspond with the implementation of VAT in the country; Tally 8.1, which was released in 2006 as a multi-language software; and Tally.ERP 9, the latest, which was launched in 2009 as a simple yet sophisticated business management software product, but with path-breaking capabilities and features such as remote access, audit and compliance services, ‘Integrated Support Centre’ and ‘Security Management’. In the past year, however, there have been several ‘Releases’ of Tally.ERP 9 software, and the current version, Tally.ERP 9 – Release 6, handles all accounting, filing and GST compliance requirements of businesses.

Honour and glory
Today 80 per cent of all business software users in India use Tally, and looking back, Tally’s pioneering efforts to facilitate the change from manual accounting books to computer accounting cannot be overemphasised. In view of its efforts to facilitate the development of SME’s in the country, Bharat Goenka was honoured with the first ever ‘Lifetime Achievement Award’ by NASSCOM in 2011 and ‘The father of the Indian software product industry’ title. Further, he was given the ‘M Visvesvaraya Memorial Award, 2017” by FKCCI for his contributions to the software products industry and for empowering SMEs. 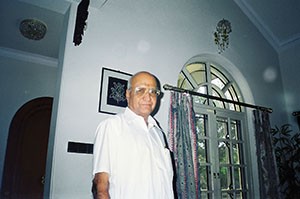 Having achieved so much, where does Bharat Goenka plan to take Tally in the future? In response, Goenka says, “As a technology company, we decided very early that we want to go down in history not merely as pioneers but those who constantly pursued excellence through innovation.” To substantiate this resolve to innovate, Goenka outlines several initiatives such as the recent setting up of the Tally Research Lab, an innovative in-house thought tank; the imminent launch of Tally.ERP 9 Release 7, which will help businesses connect with the GST network to help file returns from within the software; enabling businesses integrate their banks with real time transaction flows, eliminating the need for reconciliation (this is envisaged to support the government’s initiatives to promote digital money flow); and others. “Eventually we want to be able to offer a complete connected solution, wherein a business owner can connect to all that he requires from within his software–bank, suppliers, retailers, wholesalers, making payments, ordering stock, paying taxes, etc,” says Goenka.

Gen next
In addition to his personal efforts, Bharat Goenka now has the help of his son Tejas Goenka, who has stepped into the family business after completing his mechanical engineering from the University of Pennsylvania in 2011. As the executive director of the company, Tejas’ efforts remain focused on Tally’s selling and services partner network. To this end, in recent months, he has championed a certification and growth-based model for Tally’s channel engagement. And as regards his broader agenda, he views the world and especially emerging markets as his playing field and looks to impacting millions of entrepreneurs and the lives of individuals across the globe, while, of course, realising Tally’s cherished dreams, one of which is to become a billion dollar company sometime soon.