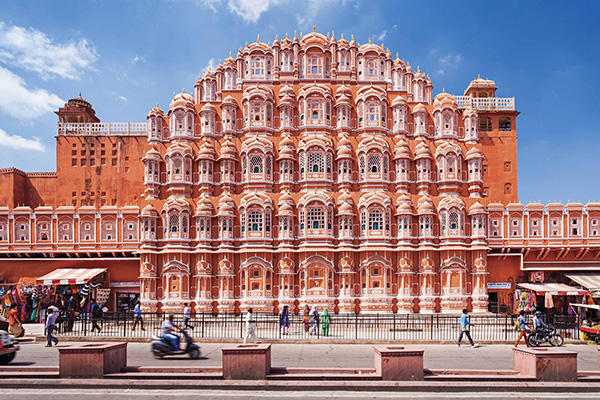 Gone are the days when couples chose photographs from their wedding ceremonies—with tired faces and adorned with more jewellery than mannequins at jewellery stores—to frame them for their bedside tables or post them on Facebook.
When Mumbai-based dentist Seema Mehta (31) was planning her wedding five years ago, she slotted her pre-wedding shoot a couple of days ahead of D-Day. A friend owned a DSLR camera and the steps of Asiatic Library didn’t pose much of a hassle in terms of permission. The photographs registered three-figure ‘likes’ on Facebook and gave wedding photography goals to all her friends.

This instance sums up the ever-changing paradigm of pre-wedding photo shoots in India. And the change is not only in terms of technology and budgets, there’s a rapid evolution of mindset too. “When I started wedding photography back in 2009, couples were not so open to the idea of intimate images since the parents were micromanaging every bit of the wedding. But over time, couples have become more adventurous about the frames they want for themselves,” says Pune-based lensman Sarvesh Rajpathak, who recently shot a pre-wedding concept in London. He also stresses on the fact that social media’s involvement has stirred a change. “Couples want a special set of photos only for their Instagram and Facebook accounts. They do exhaustive research on Pinterest to find references,” he says.

Going places
Let’s rewind to 2010. For couples from orthodox families or those opting for an arranged marriage, the pre-wedding shoot was an alien concept. It was perceived to be an indulgence of NRI love birds. Typically, there was a set of clichéd poses, one venue and a maximum of two changes of attire.

Seven years on, there are special packages for these shoots. There’s also a narrative and a story being told through these images. Kolkata-based photographer Rajesh Gupta (of The Lensocrat) says couples going for an arranged marriage are giving strong competition to love birds. “Nowadays, a short film and a story is a must. They know what they want. We are going places to shoot their stories and travelling with the couple to explore new locations in different cities and countries. It is a trend with a whole lot of room for experimentation and narratives,” he says.

Brief encounter
Couples today have a common brief: we don’t want the usual cheesy and mushy photos. However, they all end up doing cheesy photos by the end of the shoot. Nevertheless, some people are more prepared than others and approach the photographer with a set of samples they wish to recreate. Some of these can prove to be mission impossible for the lensman. “Brides are definitely more enthused about the shoots than grooms, in most cases. One of the brides showed me photos she found on Pinterest. They were shot across Iceland and New Zealand. Interestingly, she hailed from a conservative background, but wanted some high-fashion shots, which she was sure would never be accepted at her home,” says Rajpathak. At times like these, photographers either suggest travelling all the way if the couple is ready to splurge, or simply get inspired by their enthusiasm to give the ideas an Indian spin.

A personal story is also an essential ingredient for customisation. It presents an opportunity to the photographer and the couple to brainstorm on the settings and venue, if there’s an interesting back story. Once the venue, budget and theme have been finalised, the next big thing is the look of the shoot. Fancy lehengas from your sister’s wedding or a sherwani you bought for Diwali are not going to work anymore. A new wardrobe is essential. “I personally look into the stylings of my couple. I do share reference images for hairstyle and make-up keeping the couple’s comfort zone in mind,” adds Gupta.

Money matters
A pre-wedding shoot is a legitimate point on a planning list. Hence, the budget is always accounted for, unless you have a photographer friend who wishes to gift you a pre-wedding album. Anirudh Kothari, a Mumbai-based photographer, gives a strategic explanation that a lot of lensmen are employing. “Pre-wedding photo shoots are mostly included in the overall wedding package because couples don’t go out of the way to just hire someone for the pre-wedding gig. However, I have come across photographers who throw in a pre-wedding shoot for free instead of offering a discount,” he explains. Nevertheless, Gupta, who has a packed schedule every marriage season, suggests a clearer estimate for the base package. Save `75,000 to `2 lakh, he says.

Photo of the year
Move over stills, this is also time to gear up for a professional music video or a pre-wedding film to commemorate your big day. In fact, it’s not just about the couple. At times, bridesmaids and best man too are invited to be part of the videos and photographs. “An instant edit at the end of the
two-three day wedding shoot summarises everything that happened with a roller coaster of emotions. The bloopers
and the behind-the-scenes footage is something couples wait for,” says Kothari, who believes this adds a surprise element to the pre-wedding shoot and captures the candidness in full bloom.

When it comes to destinations for a photo shoot, the North-East and Rajasthan rank higher than Goa and the metro cities. “Rajasthan is always a delight to shoot in. The state is full of colours. I shot one pre-wedding frame in Jodhpur. We also made our way to the Mehrangarh Fort. We had dedicated about six hours to each spot to create impromptu imagery,” says Kothari.

Clearly, it is not just about finding the best caterer to please guests and finding the best décor for the marriage ceremonies anymore. Demands are more individualistic these days, and brides have earned the reputation of being the more picky and choosy of the duo—to make sure their pre-wedding shoot results in frames one remembers for years to come.