Home People Man With A Mission 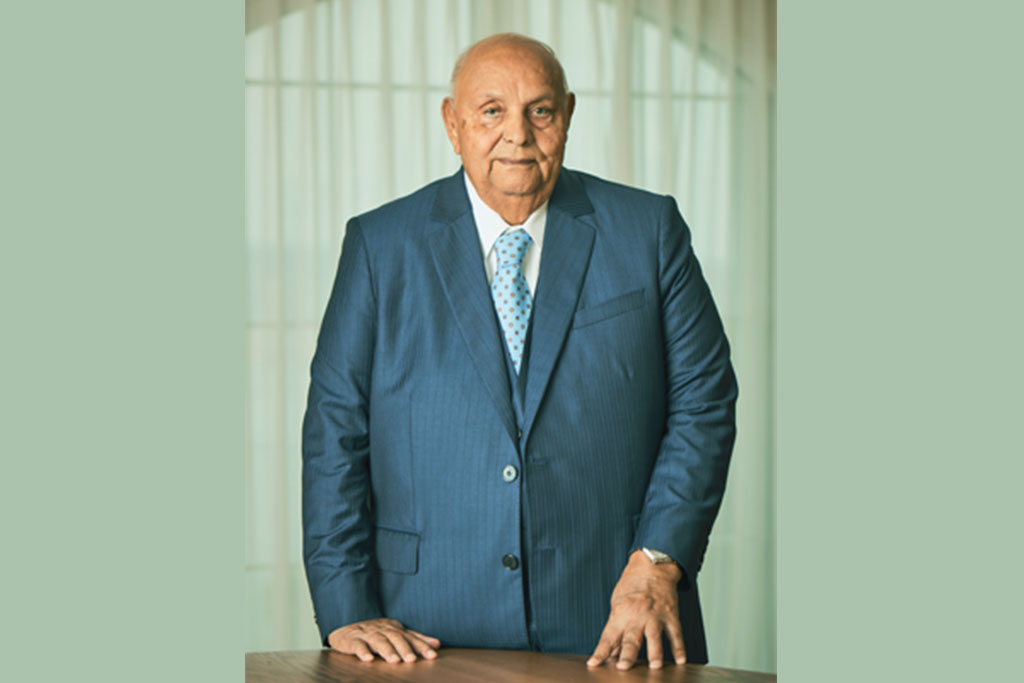 India, on the whole, is at a nascent stage of empowering its workforce with skills, and, therefore, it is important to build a skill development system that matches the new standards of organisations and their business needs

Dr Rajendra Joshi is credited with developing several therapeutic drugs, including the well-known Fumaderm and Tecfidera (BG 12). The research scientist, who has spent most of his life in Switzerland, has now turned his attention to developing India’s vast talent pool through various skill development initiatives.

GIVEN THEIR BUSINESS ACUMEN and reputation for building and running successful ventures, Marwaris are synonymous with enterprise in India. Dr Rajendra Joshi is no exception, but his entrepreneurial trysts have stemmed more from his desire to empower youth, rather than a desire to be entrepreneurially successful or rich. Dr Rajendra Joshi’s passion has been education and medicinal research, for which he has spent most of his life in Switzerland. Having developed well-known drugs like Fumaderm and Tecfidera (BG 12), he now is back in India to empower the youth through skill development initiatives, which include setting up a university in Jaipur called the Bhartiya Skill Development University that focuses on vocational training and diverse businesses that constitute the Rajendra and Ursula Joshi Group (RUJ Group).

A Keen Learner
Dr Rajendra Joshi was born in Dundlod, in 1934, to a family of seven brothers and a sister. His father, Vaidya Mahaveer Prasad Joshi, was a scholar of Sanskrit and Ayurveda, which inspired Rajendra Joshi to take keen interest in Ayurveda and pharmaceutics and imbibe knowledge on these subjects, a voracious reader that he was. Having later studied pharmacy at Birla Institute of Technology and Science, Pilani—he passed out with a gold medal in 1958—he joined the R&D department of a pharmaceutical company in Bombay (now Mumbai) called John Wyeth. Credited with having developed a tablet at Wyeth, the company offered him a chance to go to the USA, but Dr Joshi had other plans. “I was keen to pursue research, so I took extra interest in subjects like chemistry and medicine and this earned me a scholarship to complete my doctorate (PhD) from Komensky University Bratislava [now in Slovakia] in 1968,” he says.

A Scientist and Inventor
Done with academic pursuits, Dr Joshi turned his attention towards Switzerland, given the country’s reputation for research and joined the Swiss Federal Institute of Technology (ETH Zurich), Switzerland, as a professor, teaching and researching in the fields of medicinal chemistry and structure-activity relationships. After living in Switzerland for over a decade, in the mid eighties, Dr Joshi founded Fumapharm AG that was to be later sold off to Biogen Idec in 2006. While at Fumapharm, he went on to develop formulations for several diseases, including Fumaderm, a drug for treating psoriasis, which is currently being sold in Germany. He is also credited with developing Tecfidera (BG 12), a medicine against multiple sclerosis (MS), a neurological disease that can appear in young people. Unlike other medicines for multiple sclerosis which were injected, Tecfidera (BG 12) was an oral application. In what perhaps is the greatest achievement in Dr Joshi’s life, commenting on Tecfidera, which now is a blockbuster product and is sold globally by Biogen Idec, Dr Joshi says, “The reason why Tecfidera is so effective is because it has nerve protective effect, which is completely different from other medicines. It is this property of the medicine that has led to a full cure of multiple sclerosis.”

During his days at the Swiss Federal Institute of Technology, Dr Joshi met a pharmacy student, Ursula (who also owned her own pharmacy at the time but later sold if off in 2006). Ursula would often seek Dr Joshi’s guidance on her work and these interactions brought them closer by and by, leading to their marriage in 1989. She has been a close companion to Dr Joshi ever since, being a part of all his decisions, be it in terms of business or career. One of these decisions was to bring the ‘Swiss Dual System’ of skill development to India, towards which the couple set up the Rajendra and Ursula Joshi Foundation in 2006, in Wilen, Switzerland, its main objectives being to promote institutions, persons and projects in India that follow beneficent, humanitarian, educational, social, scientific, cultural or artistical goals in a charitable manner and also support and promote public welfare initiatives such as preservation of monuments and historic buildings, building of hospitals and asylums, scientific teaching and research, and more.

The Swiss Dual System of education, which Dr Joshi looks to implement in India, is a joint effort by training companies and vocational trade schools in Switzerland, where an apprentice is employed in a training company for ‘on the job’ training and practical trade-related teaching, against a small salary, while the vocational school imparts theoretical knowledge (trade specific and general knowledge). To this end, the couple has introduced a skills-based university in Jaipur called the Bhartiya Skill Development University (BSDU), which started operations in 2016.

“Skill development in India has been a major focus area for not only the government but various businesses too,” rationalises Dr Joshi. “India, on the whole, is at a nascent stage of empowering its workforce with skills, and, therefore, it is important to build a skill development system that matches the new standards of organisations and their business needs.” Accordingly, the prime focus of BSDU is to replicate Swiss precision in all processes and across all lines of businesses under the RUJ Group, through a team of Swiss experts and Indian trainers. 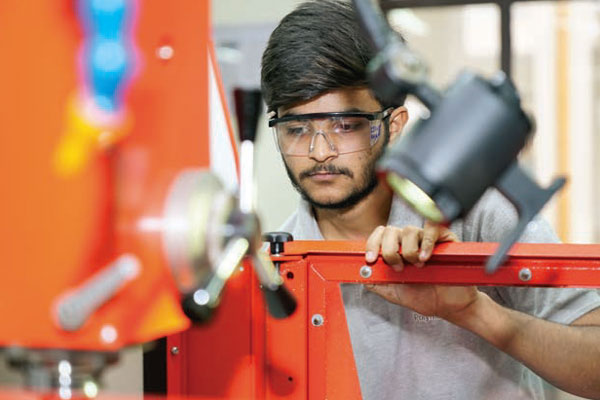 An Entrepreneur and Philanthropist

Among the various businesses that the RUJ Group has invested in so far are RS-India (or RUJ & SRM Mechanics Private Limited), which was established in March 2018, in collaboration with a Swiss company called SRM Technologies AG. Located at Mahindra World City, Jaipur, the 12-acre set-up is slated to produce high quality small and midsize precision parts, preassembled and tested components and medical devices for various sectors such as pharmaceuticals, aerospace, automotive, machine automation, healthcare and photo technology, for both Indian and overseas markets.

RUJ Food Industries Pvt Ltd (RUFIL) is yet another venture of the RUJ Group with which it has forayed into the dairy products sector in 2017. Its current portfolio of offerings include milk, curd, flavoured yogurt, lassi, buttermilk and ice-cream. Located at Mahindra World City, the company boasts state-of-the art dairy processing facilities and plans to add new products to its list of offerings soon. 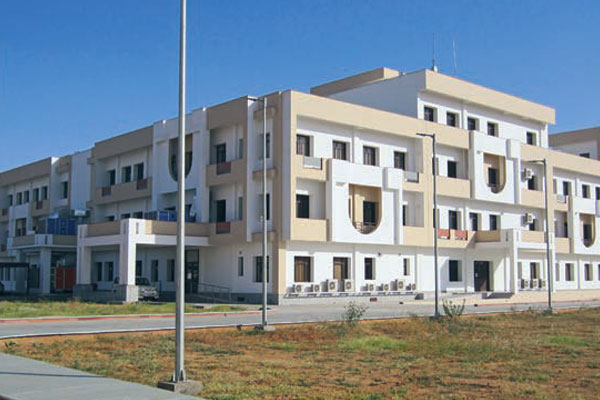 Apart from establishing the Bhartiya Skill Development University and the RUJ Group, over the years Dr Joshi and his wife Ursula have supported various projects in the fields of education, health, art, culture, talent development and general welfare. One among them is a pilot project under the name RUJ Skill School which aims to absorb school dropouts, especially those who have discontinued school early and youth with learning disabilities. The programmes at RUJ Skill School are designed to rescue young children from the streets and prepare them in trades/professions of their choice, such as gardening, farming, hairdressing, tailoring, woodwork, brick layering, tile setting, painting, and others.

Plans to construct and operate a 100-bed super specialty hospital to offer high quality healthcare services to the people of Jaipurt also are afoot, which will especially focus on cardiac, gastroenterology, urology, nephrology, endocrinology and cardiac rehabilitation care. 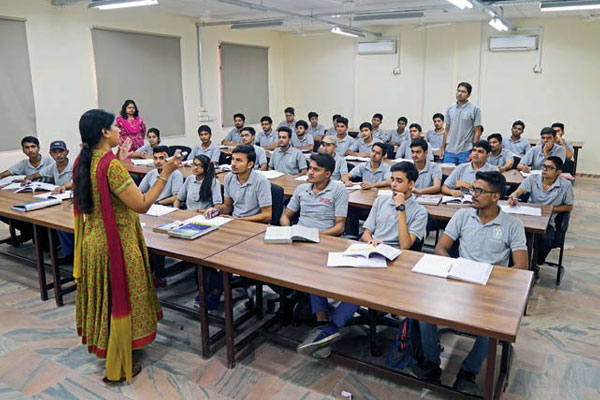 Humble and unassuming, Dr Joshi attributes his successes to his family members, especially his wife, Ursula, who has been his backbone in all his decisions. Considering his past achievements in Switzerland and the zeal with which he has been pursuing various initiatives in India even during these twilight years of his life, Dr Rajendra Joshi is deserving of many accolades, but sadly remains unsung. Fortunately the number of his benificiaries is increasing and so is the number of those who acknowledge his philanthropy and generosity.