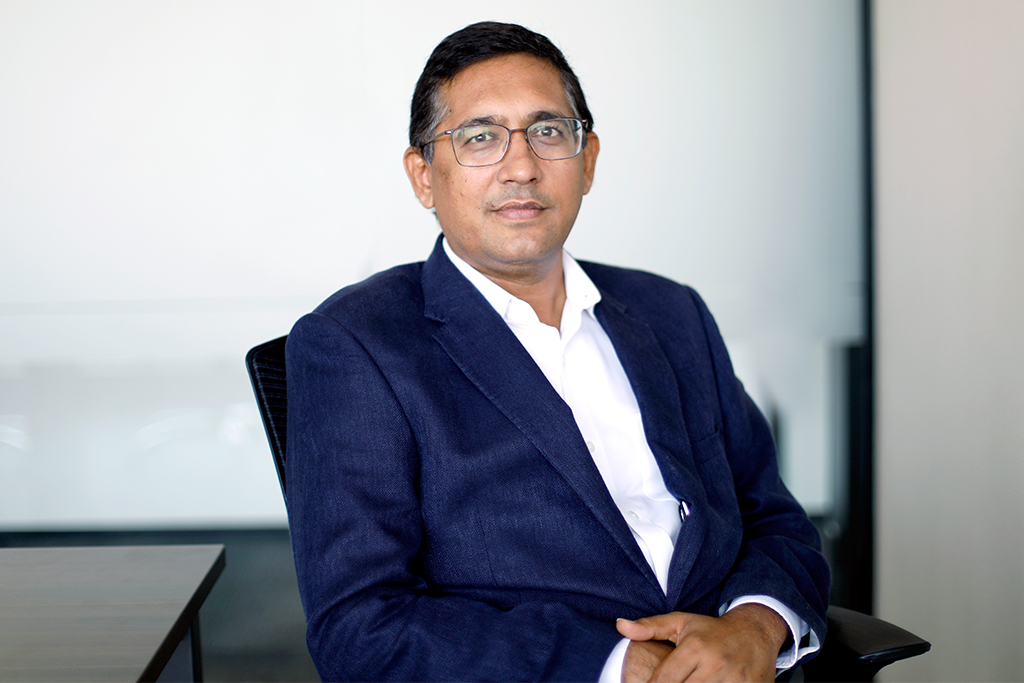 The law profession may have lost some of its erstwhile lustre, but for Hitesh Jain, it was the profession of choice from childhood. A well-known advocate today and the managing partner of Parinam Law Associates, a large tri-city law firm, he has represented high profile clients and has participated in international conferences. That apart, he also is a spokesperson and office bearer of the Bharatiya Janata Party in Mumbai and has been participating in debates and speaking on various topics on popular television channels for the last five years. He also is the director of BlueKraft Digital Foundation, a Section 8 company, which works to harness Indian talent and empower Indian society by creating awareness and implementing out-of-the-box ideas for social welfare. 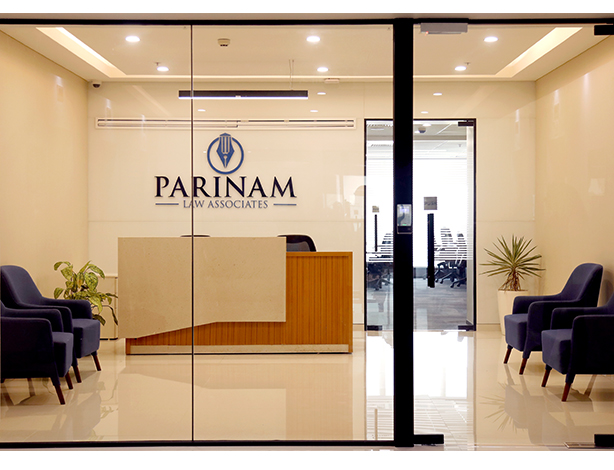 The son of Sohanlal K Jain, a prominent advocate in Pune, Jain developed a fascination for the law profession right from his formative years. It was to take him to Pune’s Symbiosis Law College for graduation, from where he acquired his Bachelor of Laws degree (LLB) in 1995. A month later, he enrolled as an advocate of the Bar Council of Maharashtra and Goa, and soon after left for the UK for his master’s degree in law (LLM) from the London School of Economics, which he completed in 1996. And then it was time to begin practice.

Welcome to the Bar 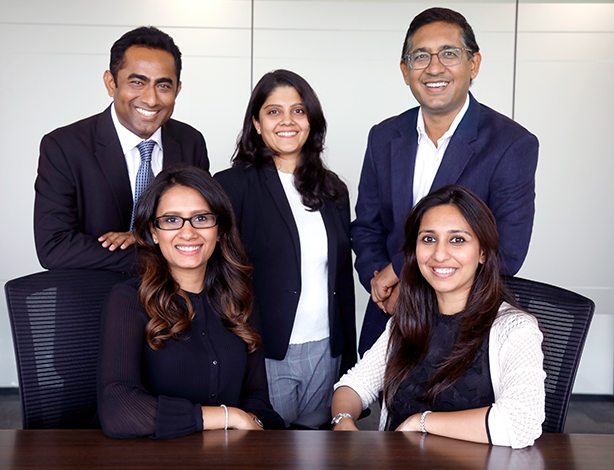 “I remember my first day in court,” says Hitesh Jain. “My father was waiting for me and he gave me a Cross pen and wished me luck and said, ‘Welcome to the Bar.’” Jain started his practice in consumer forums, JMFC courts and sessions courts, which, of course, perfectly fitted with his larger plan of gaining experience in the trial court before practising in the high court one day. But things weren’t easy. “It was like a struggle like any beginner,” says Jain. He was married but had no regular income or enough savings, his only earnings being fees from the occasional client. During these trying times, his father did not provide a leg up for him either, leaving it up to the clients visiting his office to engage him, if they liked. His father had an organised practice, however, with a large team of lawyers working with him, who practised in all the vital areas of law, and this environment, together with the frequent interactions he would have with his father, served to give him an all-round knowledge of the law profession.

From Pune to Bombay

Jain’s ultimate aim was to practise in Bombay (now Mumbai), and this one day brought him to the doorstep of a senior counsel in Bombay during one of his visits to the city. Considering his experience, the senior counsel advised him to think of law firms as an option, suggesting a firm by the name Udwadia & Udeshi in particular. Though Jain made a beeline for the said firm and met the person concerned, it wasn’t before eight months that he had a favourable response from them—during a courtesy visit. An excited Jain accepted the offer, joined Udwadia & Udeshi as ‘Associate’, called up his wife Veena that evening to convey the happy tidings and with that shifted to Bombay in 1998.

Though he rose to become a partner at Udwadia & Udeshi during his seven years in the firm, ruminating on further growth prospects, he came to the realisation that instead of working in a large law firm, it was better to work with a boutique size firm, where one could grow together with the firm. The tipping point came at a birthday party, when one of the partners of a law firm called ALMT Legal made him an offer to come on-board as a partner. With that Jain joined ALMT Legal as a senior equity partner in 2006.

I remember my first day in court. My father was waiting for me and he gave me a Cross pen and wished me luck and said, ‘Welcome to the Bar.’ 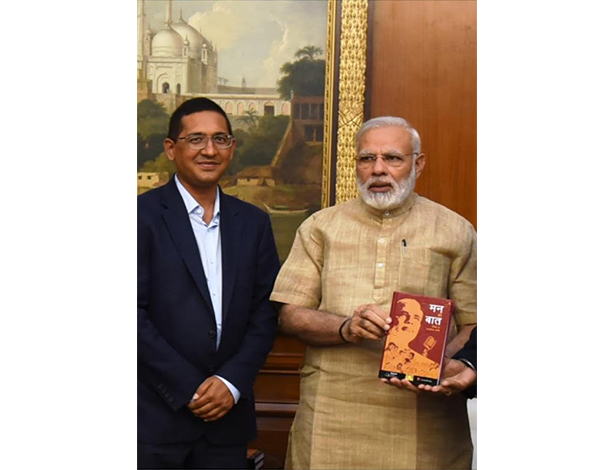 Jain’s stint with ALMT lasted for 12 years, which by far was the most important phase in his career in that it turned him into a seasoned lawyer. “Those 12 years really gave me an insight into the different branches of law and I saw myself transforming from a one-dimensional litigation lawyer to working in different areas of law, be it entertainment, sports, pharmacy, real estate or corporate and commercial law,” explains Jain. At ALMT, he also worked for high profile clients like BCCI, Indian Olympic Association and Hockey India, apart from doing a lot of work in other areas such as banking and entertainment.

From ALMT Legal, Jain moved on to mid-sized law firm Juris Corp in early 2018. By the time he left ALMT Legal, Jain actually was already in the planning stages of setting up Parinam Law Associates, the law firm that he was to set up several months later together with two others, Ravichandra Hegde and Paras Parekh. “Juris was a stopgap arrangement, as we were looking to get some partners to join Parinam,” says Jain, explaining his brief tenure with Juris. By and by two ex-colleagues, Subhash Jadhav and Pooja Tidke, teamed up with him, and then two others, Anuja Kedia and Mallika Noorani, and today the five comprise Parinam’s executive team in Mumbai.

The true meaning of success 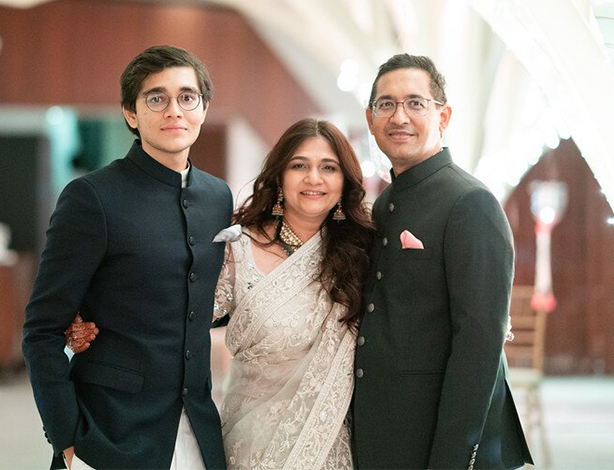 As a full-service tri-city law firm, Parinam has offices in Mumbai, Pune and Delhi. It has seven equity partners and three salaried partners, and overall there are 100-110 people working for the firm across the three offices, other than the fee earners. It being a new firm, Jain says his focus is on consolidation, rather than growth and expansion.

On the personal front, Jain has much to say about his wife, Veena, who he says has stood by him right from the time when he was a struggling lawyer in Pune, and who besides has fulfilled all her duties as a homemaker, overcoming all the challenges that come with it. As for his son, Janay, he too is preparing to join the legal profession. Having achieved so much in life, when asked about how it feels to be a successful man, Hitesh Jain says, “I’ve been able to set up an institution, god has been kind to me, but I don’t think that is a measure of success. The true measure of success for me will be if I can transform the lives of  people with what I have achieved—even if it be a few people—-and enable them to do well in life.”