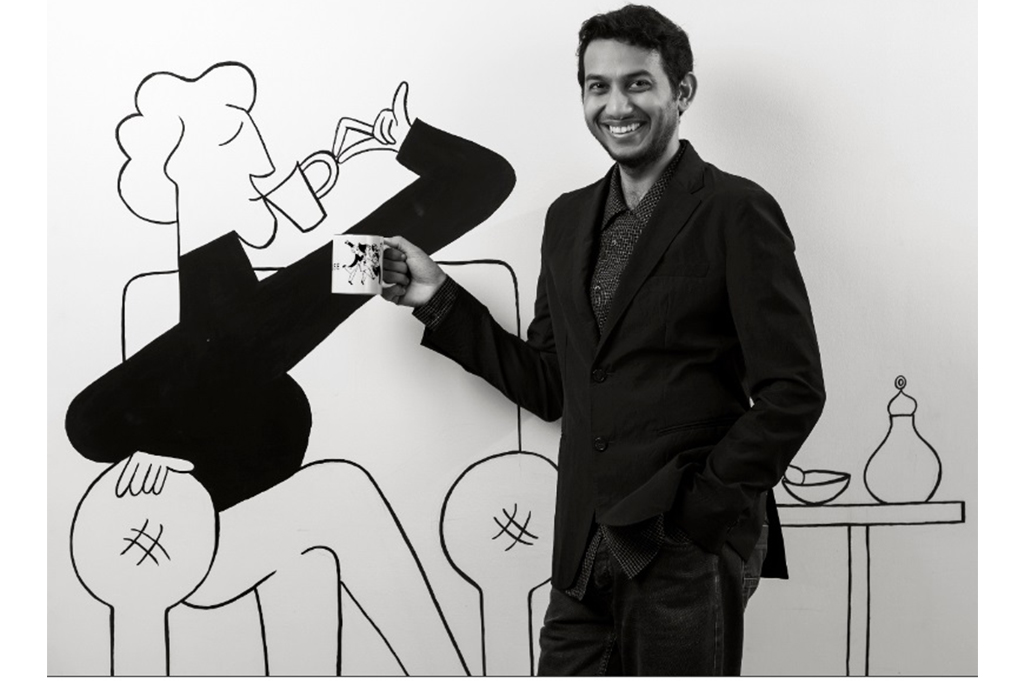 Luxury comes in many forms. No longer hemmed in by fully booked flights, inordinate delays or inadequate facilities and services, the country’s wealthy, aspirational and status-conscious have taken to the private jet industry, which now is their hottest playground.

Back in the day, when people spoke about charters, grand visions of plane-loads of high-stepping tourists from foreign shores would unspool—Germany in particular—arriving in season, in sunny Goa. Then it was mainly the corporate world which embraced the idea of chartering a flight, for the sake of speed and convenience, which was crucial in their line of work. Also, at the time, that was cheaper than investing in a private aircraft. And then when things started to change, the added lure of discounts came in on early bookings with charter companies, who were beginning to feel the pinch of rising competition.

Until 2005, there were less than 40 private aircraft in India. According to Directorate General of Civil Aviation (DGCA) estimates, the number of private charter operators then reached a peak of 147 in 2011-12, though today the figure has dropped to 111 (due to the rising costs). But there is a Non-Scheduled Operator’s Permit (NSOP) fleet of 356 aircraft, including helicopters, catering to the sector. 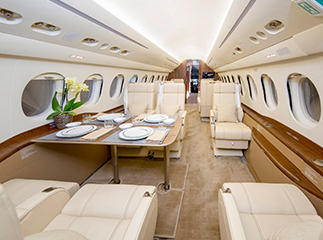 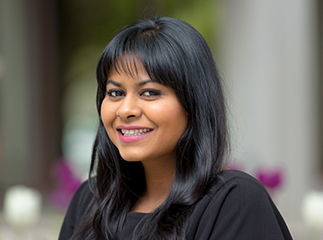 Kanika Tekriwal, a young Marwari entrepreneur who started JetSetGo private charters, was among the first to realise that it was not just the burgeoning ranks of home-grown millionaires and billionaires who were using private jet charter services anymore. With a rise in disposable incomes, along with the rising aspirational and acquisitive trends amongst the middle class, travel by private jet was beginning to qualify as a unique, luxurious and indulgent experience for many middle-class Indians as well.

With private aircraft opening up new possibilities as a consequence, private charter firms were quick to roll out the welcome mat to the growing number of consumers who frequently flew privately, be it for the luxury of chartering a plane, or easy, quick access to some exotic and elegant destination or event. For many, it was not just a matter of convenience and time alone but also about, sending out the message that they had arrived in society. One-upmanship can be a game-changer when it comes to making a style statement and strengthening your position on the social ladder, after all! 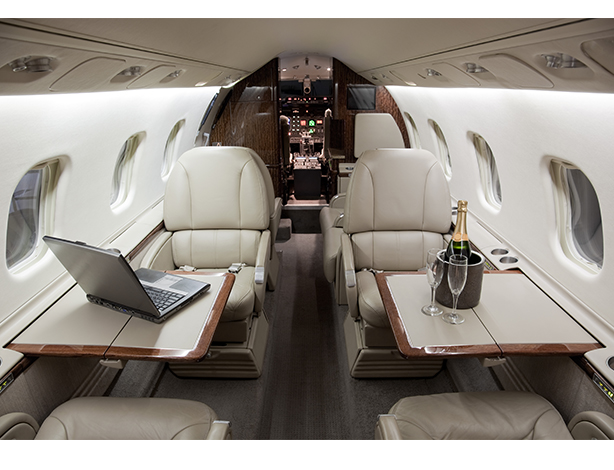 Nowhere is this truer than when addressing the well-hyped wedding destination scenario, which has taken off with a vengeance over the past decade. Observing the changing trends and their impact on the private service industry, Sachit Wadhwa, the co-founder of BookMyCharters says: “With the rising trend of destination weddings, the demand for bulk charters has increased. We have witnessed a 400 per cent surge in such enquiries over the past two years. The requirement ranges from 30-seater aircraft (meant for close family members only) to 300-seater aircraft (meant for the entire guest list). On the basis of our analysis, the most popular destinations for wedding charters are Goa, Udaipur, Jaipur, Trivandrum, Colombo, Dubai and Istanbul.” To cater to the growing demand, Wadhwa reveals that they have had to set up a concierge team to handle wedding charter requests and offer complete, hassle-free solutions. Also on offer are highly personalised experiences, with added frills like personalised boarding passes, baggage tags, seat headrests, in-flight announcements and customised meals. BookMyCharters is India’s first instant charter booking platform, and its fleet of over 40 aircraft, ranging from efficient turboprops (such as the 6-seater King Air C90s) to ultra-luxurious business jets (such as the 14-seater Global 6000s) service 149 airports in India. 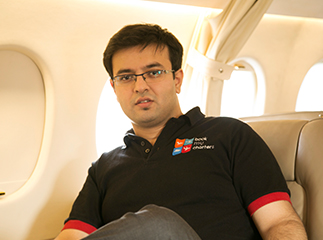 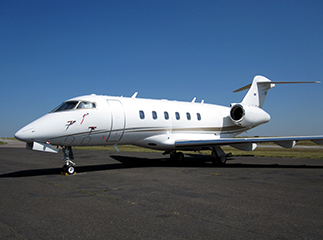 Beyond these, chartering a private aircraft also allows access to remote locations, be they for vacations, special events or for getting to destinations that are not well serviced by scheduled airlines. In view of this, a proposal is being considered by the government to set up separate airfields for general aircraft (GAs) in India’s 10 largest cities and also a separate terminal with customs and immigration facilities for charters. Some destinations in India already have a dedicated terminal for private charter movements, India’s top commercial hub, Mumbai, being an example. “Hiring a private plane can allow you to land closer to your destination,” says Wadhwa. That may well be so considering the fact that private jets can land at 150 locations in the country, compared to the 79 locations where commercial airlines operate. A trip to say Ranthambhore National Park practically brings you to its gates in the quickest time ever, if you land at the Sawai Madhopur Airstrip. Thus, a precious weekend holiday spent chasing the tiger becomes totally viable for the man in a hurry. 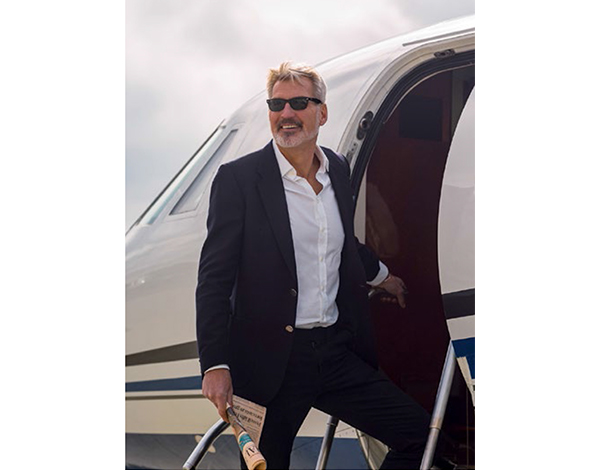 Air charters in India have thus transmuted into big business, driven by their time–efficiency factor, not to mention the luxury and ease of travel. With a growing number of customers—business travelers and individual flyers included—flying privately in and out of the country, it is little wonder then that Wadhwa’s firm has witnessed increasing demand for international charters as well (charters originating from India to an international destination, or vice versa). Though its booking platform only caters to requirements within the country, it has set up an offline team to handle such requests. “This team not only offers diverse aircraft options, leveraging our global partner network, but also assists in Indianising international travel by serving Indian meals on-board, apart from providing other service enhancements.” BookMyCharters also uses its patented technology to calculate charter prices and display transparent prices in less than 60 seconds. “The hourly pricing of our diverse 40-aircraft fleet ranges from `75,000 to `6,00,000 per hour. Other incidental costs beyond flying charges include airport charges, which constitute roughly 15-20 per cent of the domestic charter cost,” says Wadhwa. 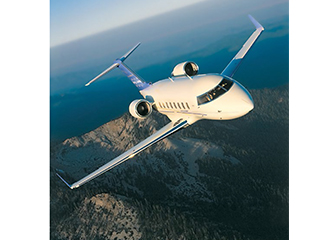 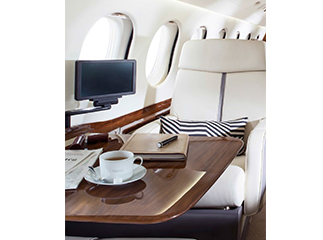 Delhi-based JetSetGo, which currently manages and operates India’s largest private jet and helicopter fleet (comprising turboprops to large jets), has zeroed in on religious tourism as well, which, in fact, has been the earliest form of leisure travel in the country. Devotees can now charter flights to Uttarakhand’s historic Chardham, thanks to its unique and personalised JetSetYatra programme.

Since 1990, Air Charter Service (ACS) has registered a blistering growth to become one of the world’s leading names in aircraft-chartering. Understandably then, some of the world’s most influential people and organisations rely on its services. Catering to individuals and small groups of people, it offers a choice of helicopters and turboprop aircraft, as well as private jets and executive airliners of all sizes, offering the ultimate in indulgent travel, with bedroom suites, stand-up showers and separate lounge and dining areas. If you prefer practicality, it can offer more functional, cost-effective aircraft as well. It also ensures that your catering requests are met, and any extra features like Wi-Fi and entertainment are available on board. Customised catering is complementary in all domestic charters, in keeping with the length of the flight, as are flight attendants, the number depending on the size of the aircraft. Costs are calculated on the basis of the number of hours of flying time. According to Manali Odedra, Private Jet & Helicopter Consultant, ACS,  a Mumbai-Pune charter on the cost-effective turboprop, for example, would cost around `4,00,000/-, while a Delhi – Mumbai haul on a heavy jet works to around `18,05,400/-.