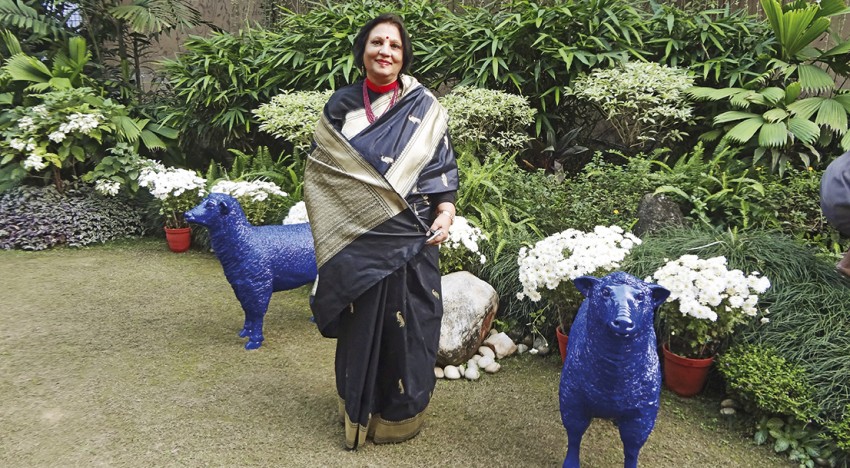 Rather than make monetary gains, Alka Jalan has chosen to use
her sprawling bungalow to promote art and culture. MARWAR talks to the spirited lady, now nearly 70, who has given Kolkata one of its largest upcoming performing art and multidisciplinary cultural venues that is better known as Alka Jalan Foundation.

About three years ago, being the sole heir, Alka Jalan inherited a heritage bungalow in the posh Ballygunje area of South Kolkata, bequeathed to her by her parents. She had lost her ailing mother earlier, and in 2014, she also lost her father, Sitaram Daga, who had posted a very successful innings as a tea man and had lived till the ripe old age of 91.

Given its location and ampleness, Alka started receiving handsome offers for the property almost immediately. But she was sure she didn’t want to sell the house she had grown up in, no matter how lucrative the offer. She was sure she wanted to retain it as it was and do something worthwhile with it. Suggestions started trickling in. Her friends and family suggested that she turn it into a school, or a hospital, or even an old age home. 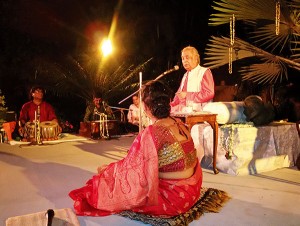 “Somehow I wasn’t convinced,” says Alka Jalan, who now is nearly 70, over a cup of tea at her plentiful lawns, where we met on a lovely winter afternoon. “Instead of all that, I wanted the place to be a creative hub, a centre for performances, and most of all, a place that would exude spirituality.”

But the lady did not have a plan. Quite candidly, she admits that she had not ventured into anything similar earlier. So instead of arriving at a concrete blueprint by herself, she started sharing her core idea with her family, friends and associates and hearing out their ideas as well. “A starting point for me was that there was a trust that had been set up in 1982 by my parents, called Alka Jalan Foundation, under whose aegis, my parents had carried out some charity work. I was quite clear that going forward, I would too. I was not expecting monetary gains but wanted the trust to blossom and do good work in the cultural and philanthropic space,” she says. 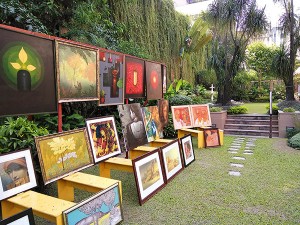 An auspicious start
Accordingly, discussions and deliberations commenced which went on for the next six to eight months, until the Alka Jalan Foundation held its first concert on August 18, 2015:  a soulful Dhrupad performance by virtuosi duo Pt Umakant and Pt Ramakant Gundecha. The audience was by invitation only and consisted of friends, family members and acquaintances who were interested in Indian classical music. Given the open air venue and a baithak style setting, it allowed the audience to be in close proximity to the artistes, and the concert was much appreciated.

It was an auspicious start, for soon after, Good Earth, the lifestyle brand, came in and held an exhibition of their wares. This was followed by a colourful, lively performance by the Manganiyars, who are traditional Rajasthani folk musicians from Jaisalmer and Barmer. These three different events, all of which hugely appealed to the audience, set the tone for future proceedings and helped spread the word that there was a platform which was open to hosting multidisciplinary cultural programmes.

Looking back, Alka Jalan says, “I have been lucky enough to have enjoyed the support of friends like Chetna Jalan and Darshan Shah, guidance from someone as senior as Pt Vijay Kichlu and support from my husband, Sudhir Jalan. All of them have been in similar fields for many years and helped us approach and get talent across disciplines, which in turn drew wider audiences to the centre.” Chetna Jalan is a veteran stage actress and dancer, Darshan Shah runs the Weavers Studio in Kolkata and Pt Vijay Kichlu is the founder of ITC Sangeet Research Academy, besides being a classical singer of acclaim. 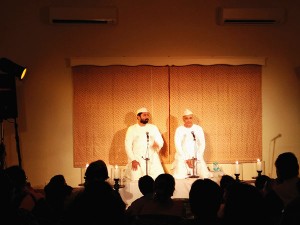 A multidisciplinary cultural venue
In only a short span of two years, the Alka Jalan Foundation has presented numerous senior artistes, including Pt Birju Maharaj and Pt Hariprasad Chaurasia. It has seen dance performances and presentations by Usha R K, Radhe Jaggi, Anita Ratnam and Mitul Sengupta. Poetry sessions featuring poet Ashok Vajpayee and a dastangoi performance by Sunil Mehra and Askari Naqvi on Ismat Chugtai’s writings have appealed to literary audiences. Interactive sessions and talks have been held with the makers and cast of the acclaimed Hindi film ‘Pink’, with activist Ruchira Gupta who runs Apne Aap Women Worldwide, as well as with the Brahma Kumaris. “None of our events are either ticketed or sponsored. We take care of everything ourselves,” she asserts.

“With a variety of programmes, our audiences too have grown wider,” comments Suksham Singh, her friend who joins our chat. Singh has been closely associated with the foundation. “As much as we’ve had celebrated performers come and grace our stage, we’ve also had some younger but richly talented musicians and artists enthral our audiences,” she adds.

Whilst the lawns are used during the cooler months of winter, the sessions shift to a spacious indoor hall when the weather is inclement. The Alka Jalan Foundation also runs a homeopathy dispensary at its premises for the underprivileged which gives out medicines for free. A specialist bone-setter and an acupuncturist also visit the chamber and are much sought after.

Despite a lean team, administrative issues such as permissions for parking from the traffic police, stage set-up, sound and decor and other logistics are handled quite smoothly. There is hardly any publicity of any of the programmes, except for a facebook page, e-mails and word-of-mouth publicity. Decisions on whom to invite and the kind of programmes that are to be held are bounced off within the team and a close inner circle, though the final call rests with Jalan.

“We remain open to ideas as long as they culturally resonate with the place. I suppose that is why even in a short time, our calendars are full and proposals keep coming in,” says Jalan. 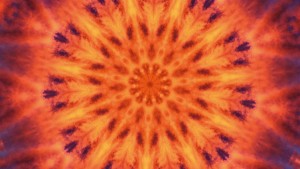 A spiritual person
On a personal note, she adds, “All my life, I’ve seen my father stay closely associated with organisations such as ISKCON and Ramakrishna Mission. My mother, on the other hand, was a quiet, homely woman. I have also been spiritually inclined my entire life and have even followed certain gurus.”

Is there, however, a dream performance or an ideal that she aspires to for her centre and the foundation. “I’ve always liked the Bikaner House in Delhi. That could be a model. And I’d love to get Coke Studio to perform. But I’m happy to take each show, each performance at a time. I’m not really a planner,” she signs off.