Home People Young Turk It’s All in the Game 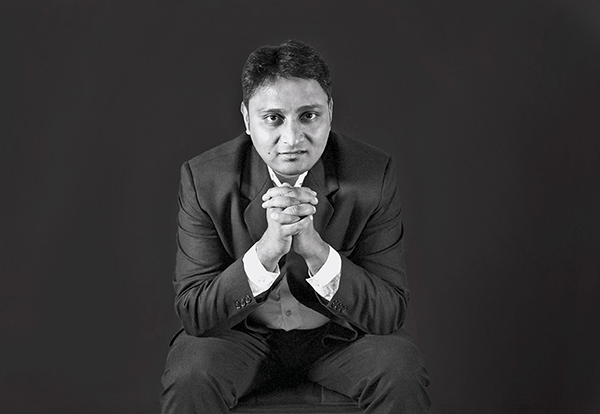 It’s All in the Game

The world of gaming and virtual reality have taken the world of entertainment by storm, going by the ever-increasing number of family entertainment centres and multidimensional theatres
in every city. Among those to cash in on the bonanza is
Ankur Maheshwary, who heads one of the fastest growing retailing companies in the sector.

There was a time, when family entertainment meant a visit to the cinema, taking a stroll on the beach, snacking on fast food, or heading for the park. The concept of family entertainment has changed since, especially in the larger cities, and today for many family entertainment has come to include a host of fun-filled activities like bowling, go-karting, video games, rides, simulators, interactive projections, snow play, etc. What adds to their allure is the fact that it is pure, clean fun, and usually there is something exciting for everyone in the family. 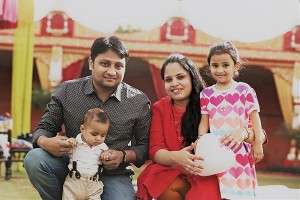 Entrants to this exciting world of entertainment have been many since the family entertainment centre concept gained popularity over a decade ago and one among them is Ankur Maheshwary, the founder and managing director of Modern Masti Private Limited. At 35, Maheshwary heads one of the fastest growing retailing companies engaged in bringing multi-dimensional cinema, gaming, bowling and entertainment to customers.

Ankur Maheshwary’s growing abilities as an entrepreneur shows in Modern Masti having extended its presence to over 20 locations. In that, the second generation of the Maheshwarys of the Bhopal-based Modern Group holds promise as a dynamic successor to father Ram Prakash Maheshwary’s 30-year business legacy.

How it all began
“We are originally from Jodhpur. My father used to work with the Birlas as a financial controller, before he started on his own in 1989 in Gwalior,” says Ankur Maheshwary, talking about his father’s antecedents and the family’s plunge into the world of enterprise. “He forayed into various industries like textiles and manufacture of ceiling fans, geysers and other home appliances, but the ceiling fan business was the key. We used to make the well-known ‘Modern’ brand ceiling fans, which then was the number one in government supply in India.”

The flourishing ceiling fan business, however, saw a natural death with the end of its product life cycle and this had the family foray into industrial packaging in 2008. Ankur Maheshwary, in the meanwhile proceeded to ESADE Business School in Spain for a management degree, after completing his ‘Industrial and Production Engineering’ course from the Delhi College of Engineering.

In 2010, he returned from Spain and joined the family business which then had interests in industrial packaging (Modern Home Comforts Pvt Ltd) and event management (they owned a auditorium in Gwalior, Shyam Vatika, which offered banqueting facilities). In addition, the Maheshwarys had huge investments in various individual development realty projects in Gwalior and Jaipur and were also involved in philanthropic and social welfare activities through the Saraswati Maheshwary Education Society, based in Gwalior.

Ankur’s interests, however, lay in other areas. “When I came back, I thought we should do something related to technology so we opened a technology company and started making software and hardware for motion simulation products which were meant for the commercial amusement industry and also for defence projects,” he says. 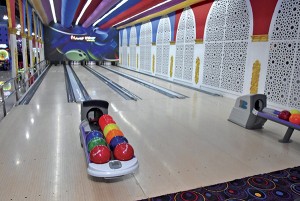 Spurred on by the success of the venture, in 2014, Maheshwary turned his eyes towards retail. Earlier he used to make products for other retailers, but now he was bent on having his own outlets as well. Here too, success greeted the Young Turk, and today his retail company, Modern Masti Pvt Ltd, boasts over 21 outlets across the country, which are grouped under three broad categories: Mastiii Zones (family entertainment centres, of which there are eight in the country); Mastiii 7D vanilla outlets (posh, multidimensional 5D/7D/9D/11D/XD theatres having the latest equipment, of which he owns 15); and a single Snow Mastiii outlet (indoor snow play area).

Though most of these outlets are concentrated in the northern part of the country such as NCR, Madhya Pradesh, Uttar Pradesh, and Rajasthan, the company also has made its presence felt in Mumbai and Bengaluru through Mastiii 7D outlets and now plans to launch its largest Mastiii Zone in Greater Noida.

Reflecting on his achievements, Maheshwary says, “In a retail business like ours, we have a wide range of offerings, and hence building a consumer culture isn’t a challenge. The games and attractions available at all our outlets are majorly focused on family and group indulgences, and our product mix is such that there is something, absolutely world class, for every visitor.” To ensure customer loyalty, Maheshwary ensures that every outlet is aesthetically state-of-the art, new machines are added almost every quarter and the pricing is down to earth. 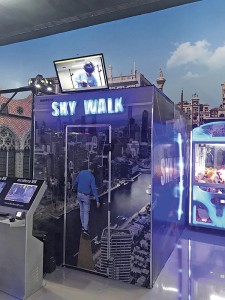 Going by the Modern Group’s steep growth under Ankur Maheshwary, one could expect ambitious growth plans from the feisty entrepreneur. True enough, Maheshwary reveals that by March 2019 he plans to add three more Mastiii zones and two more snow parks, and then, by 2025 dominate the amusement park space with Mastiii zones in every region. He also looks to inorganic growth through acquisition of single and small chain operators at strategic locations and set up an amusement park and water park together in one premises. In these endeavours, he has the active support of his wife Garima, who is a CA and CS and looks after the group’s financial planning.

Beyond business, Maheshwary loves to spend quality time with his family, indulge in sports activities and immensely enjoys reading. Reading according to him is a great stress-buster, so understandably, his days usually end with a peek at his Kindle until sleep overtakes him.