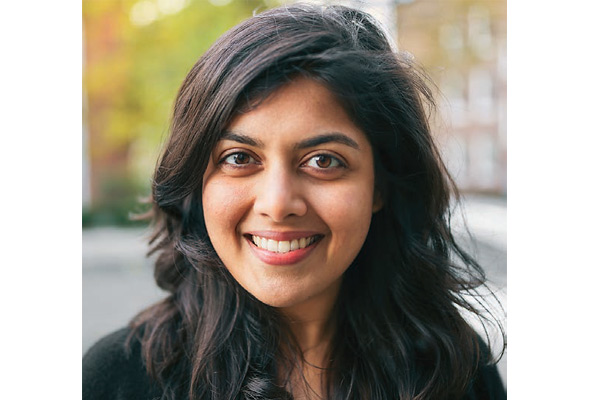 VASUNDHARA GUPTA HAILS FROM A MARWARI

joint-family based in Kolkata, where the love for music runs deep and across generations. Given her family’s large variety of musical tastes—be it Western or Hindustani— it was but natural for her to be inculcated with a deep passion for music. Rather than look to pursue a career in business, as most other Marwari youngsters like her perhaps would, she gravitated towards the world of notes, beats, chords and lyrics instead.

“Music seemed like a natural and obvious choice for me ever since I can remember thinking about my career,” says Vasundhara, whose relation with music began at the age of five, when her mother enrolled her into a singing class, along with her elder sister. “She must’ve sensed my ability and knack for music, because since that day, she’s made sure I never stopped my lessons or my riyaaz,” she adds. The love for music continued through school and college, until it was time for further studies, when she considered appearing for SAT (a standardised test widely used for college admissions in the United States) and putting in other college applications, just as everyone around her seemed to be also doing. It was then that realisation dawned upon her that her best bet was studying music, and this especially kindled her interest in Berklee College of Music, a premier music college in Boston, USA, about which she had first heard from her high school friend, Aradhita Saraf. It took her to Mumbai for her interview and practical exam. About a month later she got her acceptance letter, and she hasn’t looked back since then.

In tune with big league artists

Vasundhara joined Berklee in January 2014 for her undergraduate degree in music. Over the next four years, she majored in ‘Professional Music’ (a mixed course of ‘electronic production and design’ and ‘contemporary writing and production’) and minored in ‘Music Production, Technology, and Innovation’—the latter providing her the opportunity to spend a semester in Berklee’s campus in Valencia, Spain—before graduating in December 2017.

Apart from giving her a prestigious degree, Berklee also offered Vasundhara the opportunity to perform with several reputed artists, one of them being A R Rahman, when the award-winning composer, singer and music producer was invited to Berklee to be presented with an honorary doctorate. “As part of the Berklee Indian Ensemble— which I had joined during my first semester in college—together with the Berklee World Strings and other collaborators and artists, I had the honour to perform to a sold-out concert at Boston Symphony Hall, as a tribute to the legendary artist,” says Vasundhara reminiscing. “Eventually, we also recorded a re-arrangement of one of his songs ‘Yeh Jo Des Hai Tera’ from the movie Swades with him,” she adds. Other than Rahman, Vasundhara also has had the honour to closely observe, learn and perform with other top artists like Shankar Mahadevan, Shreya Ghoshal, Vijay Prakash and others at Berklee, when they were invited as guest artists in residence by the Berklee India Exchange programme.

Besides performing with these musical greats, Vasundhara also collaborated with fellow students and artists at Berklee, one of them being Spanish piano virtuoso Olivia Perez Collellmir, with whom she teamed up to bring together their respective worlds of flamencojazz and Indian classical music in a piece called ‘Together’. Yet another artist she collaborated with was Nitin Muralikrishna, who goes by the moniker Palindroma. “I sang on his EP, and we also co-produced the fourth track ‘Brace My Way’, on my EP, One,” says Vasundhara, who, incidentally also is a vocalist and has produced her very first EP (extended play record) a little over a year ago. Called One, its journey began in Valencia, where, Vasundhara says, she discovered her love for ambientelectronic music. The first song on the EP consequently was also produced in the style of electronic music, inspired by the rain, while on a walk one day in Valencia. “All in all, One is full of firsts and about breaking personal barriers,” says Vasundhara, who now is working on her next EP, Two. 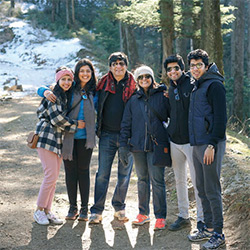 Some of the films I have been fortunate to work on while at Slick Sounds include Mark Toia’s film Robot 4, Bailey Kobe’s feature Rag Doll, which recently had its world premiere at Cinema on the Bayou Film Festival, in Lafayette, Louisiana…

A touch of professionalism

A big break in Vasundhara’s career came by way of a stint as a sound designer and editor at Slick Sounds, an audio postproduction facility for TV, film, and advertising in Culver City, Los Angeles, founded by award-winning sound designer and re-recording mixer David Van Slyke, whose credits include Rob Roy, Coyote Ugly, My Best Friend’s Wedding, Star Trek VIII: First Contact, CSI: Crime Scene Investigation and The X-Files. “Some of the films I have been fortunate to work on while at Slick Sounds include Mark Toia’s film Robot 4, Bailey Kobe’s feature Rag Doll, which recently had its world premiere at Cinema on the Bayou Film Festival, in Lafayette, Louisiana (where it won the ‘Best Narrative Feature’ and ‘Best Actress’ awards), Richard Horwath’s audio comic-book Strategy Man, and others. This was my first job as an audio post-producer and I enjoyed every bit of it,” says Vasundhara, who now works as a freelancer. As a freelancer, her very first audio post-production project was working as the entire sound department for Sruti Lodha’s short film Herman.

Talking about future plans, Vasundhara lets us in on her vision to create a production house, a space where creative minds can meet, think, create, inspire, get inspired and motivated—a place that has something to offer to anyone and everyone creative. An ambitious project no doubt at this particular phase of her life, but one day, if all things fall in place, she hopes to make it a reality.