Home Entertainment He’s got the moves 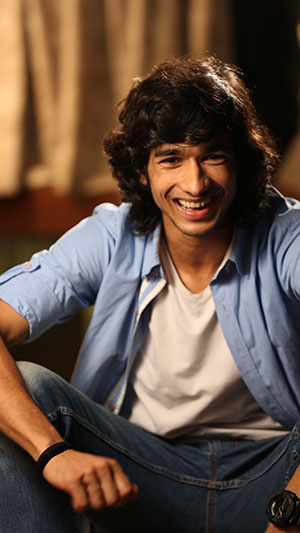 A natural dancer from a young age, Shantanu Maheshwari has established himself as an actor as well. The talented 25-year-old talks to MARWAR about his life in the entertainment industry.

Shantanu Maheshwari wouldn’t like to call himself a child prodigy. In fact, he may just be extremely embarrassed to be referred to as one. Regardless, his interest in dance grew from a very early age. His mother used to teach dance to children for weddings and other special events, on request. Young Shantanu took to copying her actions during these lessons. He expressed an interest in dancing—a hobby heartily supported by both his parents. “My dad always wanted his children to give hundred per cent to whatever they loved,” Shantanu says. “That is what he wanted. He definitely did realise that I had talent when my mom pointed it out to him. So he always played his part in trying to groom the talent they saw in me.”
Between the ages of 8 and 10, Shantanu participated in several dance competitions, such as Sony’s ‘Boogie Woogie’, Star Plus’ ‘Kya Masti Kya Dhoom’ and DD Metro’s ‘Mini Superstars’. This led to a phase when he got tired of dancing. “Dance had become my only identity,” recalls Shantanu. “At a point I wanted to quit dancing and do something else. But it continued, and now I’m glad it did.”
Apart from his mother, he was also mentored by Anurag Mohta, his dance instructor in Kolkata, who runs his own dance studio. He is also a huge fan of Prabhudeva, Javed Jaffrey and Govinda. He hopes to cross paths with Prabhudeva, someday and would love to perform to his choreography.

Dance vs Studies
As with anyone following a creative field in India, ‘education versus passion’ turns into a battle of choice during the impressionable years. For our Marwari dancer, this was never a question. “It was always clear to me that no matter what, you have to study; that has to be your first preference.” A smile crosses his face, which I can only surmise is triggered by something his parents had said to him. “… because agar dancing nahi chala, beta, toh backup toh chahiye and that is important.”
“People say that I’m really very passionate about dance… ki mujh se padhaai nahi hoti hai. Although it’s not really important for me to get 70 or 80 per cent, I think education is important. This was something that my parents were always keen on. I think if I were to not study, I would realise later on in life that mujhe padh lena chahiye thha,” he says.
To maintain his career as a dancer and yet have something to show for his education, Shantanu decided to continue with his graduation studies in Mumbai. He completed his BCom from H R College of Commerce and Economics. He admits to having considered a career in chartered accountancy at some point, but was never too interested to follow through.

The Marwari Factor
Despite being an average student, Shantanu does accept that he was good in accounts. “Maybe that’s because of my Marwari genes,” he says. When asked about his Marwari connection, he confesses to not really knowing much about his roots except that his family hailed from Pipar, near Jodhpur, and that neither his parents nor his close family were typically Marwari. Having been to Jodhpur, he hasn’t felt the urge to go to Pipar to discover his ancestral origins—not yet—but does think that he may want to sometime in the future. 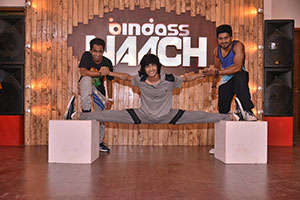 Television Calling
Shantanu spent a good part of his teenage years in Mumbai actively trying to be a part of the dance scene in the city. Amidst performances and a budding career at the young age of 19, he participated in Channel V’s ‘V-Fest’. Soon after that came a chance to audition for a television series that they were programming. Being relatively new to the city, he and his friends were reluctant to travel to “this Kanjurmarg place” for “some audition”. Fortunately, they decided to go, and the rest, as they say, is history. The audition landed the dancer with a role that defined the next three years of his life and kick-started his career in a direction he had never expected it to go. “I’ve always had an interest in getting into the media industry. But I never had any idea of how to get into it,” he says. “Even then, I never thought I would do anything in front of the camera. I always wanted to do something behind the camera.” He goes on to reveal that he would love to get into direction and photography. “Photography is another passion of mine. I would love to pursue it, if it wasn’t such an expensive hobby.”
Clearly, life has had different plans for him. Along with a very successful run on the Channel V show ‘Dil Dostii Dance’ (popularly abbreviated to ‘D3’), he went on to build a resume that merged his passion—dance—with a newfound future in television that he was suddenly a part of.
In a television career spanning five years, he has done D3; a show for Bindass TV called ‘Bindass Naach’; as well as a music video for T-Series called ‘Supergirl from China’, sung by Kanika Kapoor and Mika Singh. All this in addition to being a part of his talented dance troupe, the ‘Desi Hoppers’. The latest in his career has been a recently launched television show for MTV titled ‘Girls on Top’. Starring a cast of mostly fresh faces, it is a fiction show. This is a genre of television that he’s very happy with, since it doesn’t take him too far from his core passion. “It’s a great show, with some great writing,” he says, excitedly.

From foreign shores
As a much-loved personality, Shantanu has his fair share of encounters with his fans. He recalls one such encounter that had an impact on him. “D3 was big here,” he says. “I didn’t realise it was big internationally, as well. Recently I got a chance to be in the US, and my crew, the ‘Desi Hoppers’, performed a show. There were people who came from New York and several other cities to see our show in Bethlehem because of D3. This was because they knew me as ‘Swayam’—my character in D3—and another friend of mine from my crew who was also on the show. They came just to watch us perform live. I see that in India, but out there, that was something new.”
Shantanu and his crew, Desi Hoppers, performed at the 7th edition of the ‘Dance Craze’ concert this February in Pennsylvania, along with some of America’s best dance crews such as ‘Les Twins’ and ‘Rhythm City’. In addition to maintaining his acting career, he hopes to expand the Desi Hoppers and do more shows with them.
On a personal note, after some thoughtful reflection, looking at this 25-year-old, who has come so far in a span of less than a decade, I realise I must disagree with him on one point. With his passion and drive to be good at what he does, Shantanu has more Marwari traits than he realises.