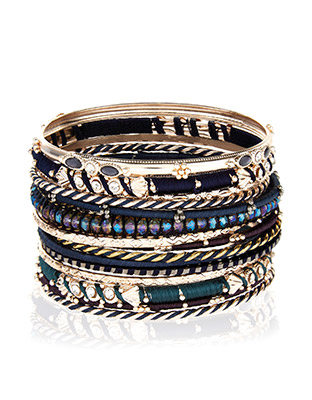 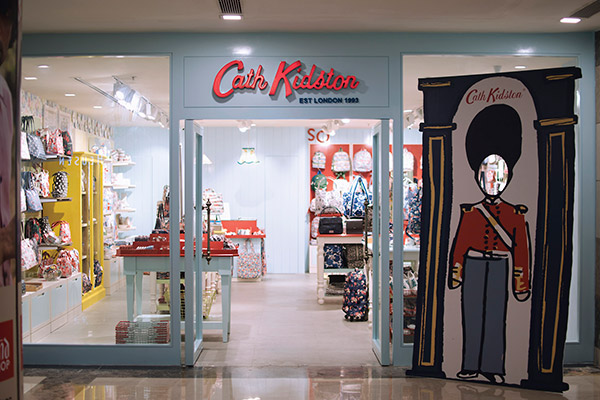 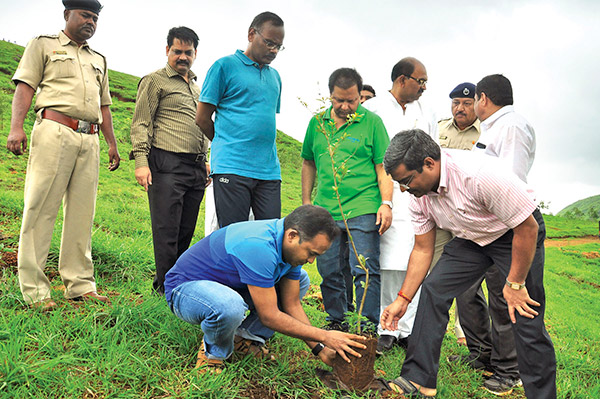 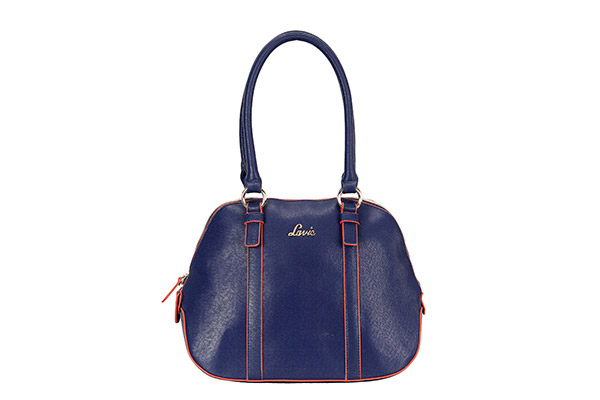 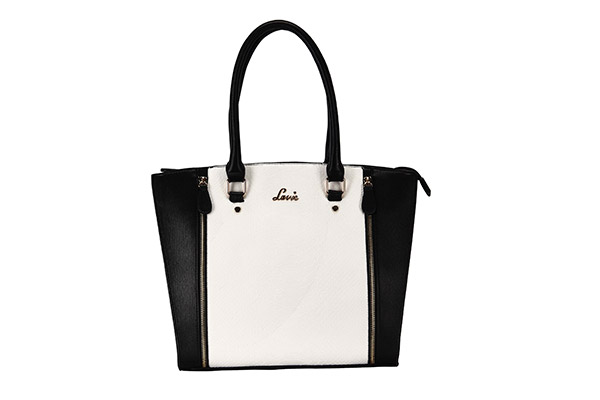 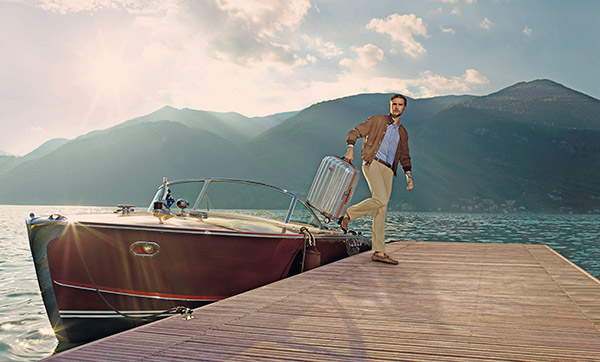 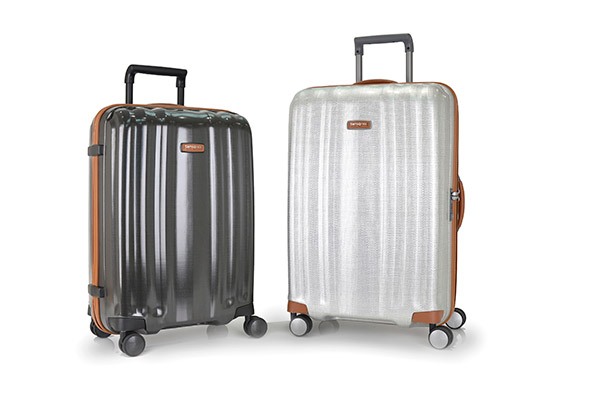 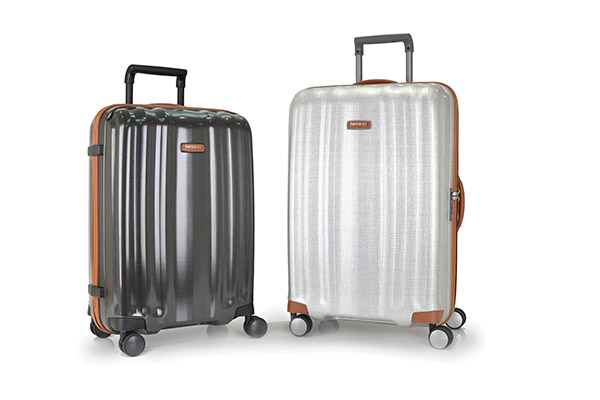 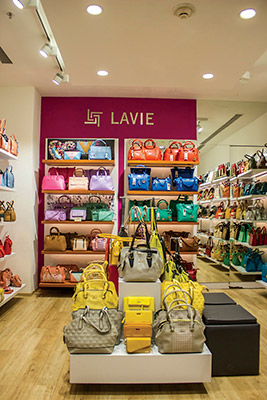 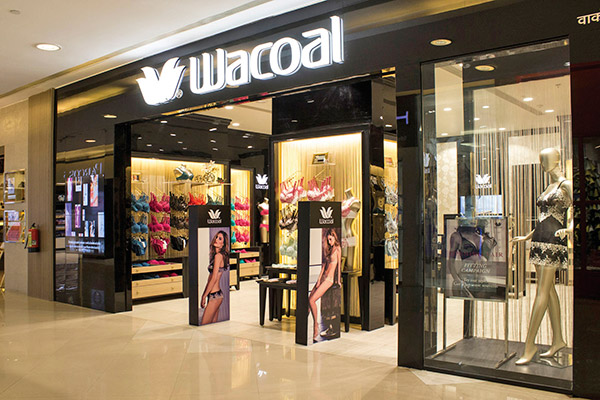 The Tainwala Group, founded by Dr Ramesh Tainwala, has prospered and diversified into many segments over time. Dr Tainwala himself heads Samsonite as its CEO today. His son, Ayush Tainwala, at a very young age, has taken over the reins of their business, working as the executive director of Bagzone Lifestyle Private Limited. 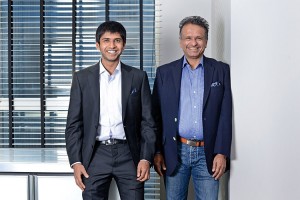 DR RAMESH TAINWALA’S INSPIRING STORY is of a man who has overcome every challenge thrown at him, who has excelled at every opportunity that has come his way and who has been there and done it all—from laying the foundations of the now flourishing Tainwala Group to bringing brand Samsonite to India. Following in his footsteps now is his son, Ayush Tainwala, who,
with his father, is setting examples for their peers
to follow.

The journey so far
The story goes that Dr Ramesh Tainwala was once rejected for a management trainee’s job at Indian luggage giant VIP Industries. A few years later, he became one of their vendors, supplying raw material and plastic sheets to the company. Using the knowledge gathered thus as a springboard, he started the Tainwala Chemicals & Plastics India Limited in 1985. Thereon the company diversified into many industry verticals, and today Dr Ramesh Tainwala is the global CEO of Samsonite, apart from heading several companies, including Periwinkle Fashions Private Limited (which is the parent group of Planet Retail Holdings Private Ltd), Bagzone Lifestyles Private Limited, Samsonite, Middle East FZCO, Samsonite South Asia Private Ltd and Wacoal India Private Ltd. The Tainwala Group also has many subsidiaries, which are headed by different people.

Ayush Tainwala, Dr Ramesh Tainwala’s son, started working for Planet Retail as the brand head of Accessorize—
a British fashion brand—from 2011 to 2013. He established a retail chain comprising 40 stores in luxury malls and airports across India to become the country’s largest seller of branded accessories. Today, he is the executive director of Planet Retail Holdings Private Ltd. In 2015, he joined Bagzone Lifestyle Private Ltd as its Executive Director and was instrumental in getting the company to focus on sustainable growth. Under his guidance, their brand ‘Lavie’ has pivoted towards the digital era, catering to the needs of fashion-conscious and free-spirited women.

Making the most of opportunities
Dr Tainwala started his business at a time when infrastructure and opportunities were fewer in India compared to today. But thanks to the advice of his then bank account manager Chanda Kochhar—she is presently the CEO of ICICI Bank—he acquired the then bankrupt company Gujarat B D Luggage. This move set him on his journey to success. Since Gujarat B D Luggage had a tie-up with American Tourister, it opened avenues for Dr Tainwala to get into initial talks with American Tourister. Later, when Samsonite took over American Tourister, Dr Tainwala proposed that Samsonite and his group jointly run the factory. They submitted a proposal to the State Bank of India (SBI) for financing the joint venture. It took the SBI eight years to approve their proposal. However, in the meanwhile they had already started a greenfield project in Nashik.

Facing challenges
Dr Tainwala’s first big challenge came in the form of a rude shock when he realised that the Indian middle class, the target group for Samsonite, was not really ready for a high-end brand like Samsonite, which sold at price points much higher than their competitor VIP’s products. The then CEO of Samsonite, Luc Van Nevel, however, said that if they stayed on in India long enough, slowly the middle class would come round. Over time, this foresight came true and people gradually started going for more expensive brands, though not necessarily Samsonite. Their other brand, American Tourister, which was at a lower price point, started selling.
This gave them traction, and from there, their business grew from strength to strength.
Ayush Tainwala started working as a shop manager in 2011. He looked after four shops, with five people manning each. His first challenge was to bring together people who were willing to work as a team, for which he had to take a few tough decisions, including laying off a few hard-working employees, due to non-compatibility issues. Though he feels sad about it, he does not regret his decisions. For him, the collective team is more important than an individual employee.

Up-close and personal
Dr Tainwala’s ancestral roots lie in Tain, Rajasthan, and he has lived in Bihar before making Mumbai his home. His association with Rajasthan, however, goes deep, having studied at BITS, Pilani, for five years. Consequently, he considers himself as much a Marwari as he is Bihari. He has two children through his wife Shobha—daughter Anushree and son Ayush. While Anushree markets brand Samsonite in India and the Middle East, Ayush looks after the brands Lavie, Wacoal and Accessorize.
Ayush’s childhood was quite different from that of his father. Ayush grew up in a large joint family with grandparents, uncles, aunts and cousins all living under the same roof. So big was the family that all of them could not sit for meals together and sometimes even had to take turns to watch the television on their designated day. “Living in such a large family teaches you how to get along with people, and it has helped me in my work too,” says Ayush. He is still close to his family, especially his cousins, who he grew up with and who form a part of his big support network.

Managing work and personal life
Dr Tainwala likes movies and is especially fond of Indian movies. His other passion is plants. He likes to nurture and grow plants, as it helps him de-stress. He also often likes to chat with his children when he feels weighed down with work-related stress. When he is not working, which is rare, Dr Tainwala tries to catch up on his sleep. He travels for almost
25 days a month, cutting across time zones. “Working as the global
CEO of Samsonite and representing the brand in about 100 countries, my body finds it difficult to realise which time zone it is in, so sleep becomes a precious commodity. Even 5-6 hours of quality sleep is enough for me,” he says.
Ayush has a different take on balancing work and personal life though. “I think, honestly, anyone who tries to balance between the two cannot succeed,” he says. In this respect, he is grateful to his wife who is supportive of him and does not mind him spending 4-5 days of the week out of town. He, however, has a strong network of friends and family to help him unwind, play games, etc. He is fond of sports and sports-related activities and has attempted everything from swimming and roller-skating to playing tennis, squash and football. He has also been snowboarding and mountaineering recently and recalls climbing several peaks with his wife, including Mt Kilimanjaro in Africa. And he has also trekked in South America, Ladakh and Bhutan.

The Marwari business connect
Dr Tainwala begs to differ on the contention that Marwaris are successful because of the community they belong to. He feels that people who live in a harsh environment—like the desert—often develop the habit of saving resources, which eventually leads to good business decisions. He cites the example of the Arabs, who thrived in the desert with limited resources and have become renowned businessmen. It’s the same with Marwaris, he says, who realised the importance of saving.

CSR and conservation
A plant-lover, Dr Tainwala makes it a point to be personally involved in Samsonite’s tree plantation drive every year. As the CEO of Samsonite, he has set a target of planting a million trees every year, globally, as part of the company’s conservation initiatives.

What Dr Tainwala misses in life
“I have wanted to join the armed forces since I was a kid, and even today, sometimes, I fantasise of donning an army uniform,” says Dr Tainwala ruefully. He adds, “God has been very kind to me and I am thankful to him for everything I have. However, I wanted to join the army and that is one thing I will always miss. If I could rewind and go back in time, it is probably what I would like to do.”

Plans for the future
Samsonite is now a 3.5 billion dollar company, says Dr Tainwala proudly. “My objective is to make Samsonite three times bigger over the next couple of years, before I retire or before I get fired,” he adds. When asked about his vision, Ayush, likewise, on a positive note says, “The future looks bright for our three brands. Lavie, with a 35-40% growth rate, is our fastest growing brand. Wacoal is present in four of the best malls in the country, and we will soon be looking at expanding it rapidly. The third brand Accessorize today is India’s largest costume-jewellery brand. Further, we have also signed up with Cath Kidston, a British brand, which is among the hottest in Europe.”

Speaking about each other
Dr Tainwala is very proud of his son. He feels Ayush has the right combination of his parents’ qualities. He is very passionate about work, but at the same time, he is a sensitive person. He is equally proud of his daughter, whom he considers one of his reliable advisors.
Ayush, on the other hand, considers himself lucky to be blessed with a father who he can look up to. He says, “I try to follow in his footsteps, but they are very large footsteps. Our father has set the benchmark very high for me and my sister.”