The Marwari community, known for its penchant for enterprise, has over the years forayed into traditionally non-Marwari fields such as theatre, arts and literature. While many Marwari families are open to the idea of their children choosing their careers and even help nurture their skills, there are individuals who have to tread the path without the family’s approval. MARWAR talks to members of the community to find out how their families dealt with their choice of pursuing non-entrepreneurial careers. 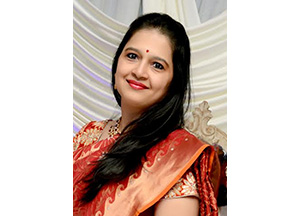 MADHAVI GOENKA
Founding Trustee, Helping Hands Foundation India
I studied interior design, but later opted for a fashion design course. Five years into marriage and after my two sons were born, I began designing clothing under my name from a space in my husband’s factory. The journey towards starting Helping Hands Foundation (HHF) began a few years ago when my son, as a part of his project research, found that thousands of underprivileged children visit Mumbai every year for treatment of life-threatening diseases. We started giving funds to orphaned lepers, and later, in association with ImPaCCT Foundation, began raising funds for accommodation and emergency treatment of outstation children suffering from cancer who come to Tata Memorial Hospital. The dry, roasted, oil-free nuts and seeds that we sell to raise funds are made in my kitchen. The profits from my prêt line support their accommodation. We hold fundraisers every year [the next is in March], and my family helps when HHF runs short of funds. 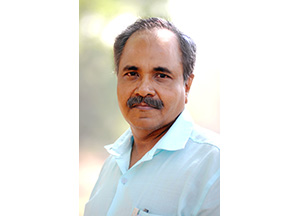 ASHOKA U SALECHA
Founder, Women Art Foundation
My family hails from Bakra village in Jalore district, Rajasthan. After Class 10, I joined my family’s aluminium manufacturing business. However, I was not convinced if I wanted to be an entrepreneur. I didn’t choose art as a career; it was my passion for the creative that pulled me in that direction. Conservative Marwari families have no interest beyond making money and expanding their business, and mine was no different. This created differences between me and my family, and we separated.
I ventured into art full time after 2005. I have encouraged my family to pursue their passion: my wife is an artist, my eldest daughter has studied art, my next daughter did her MBA, while my youngest school-going daughter has presented an exhibition of her paintings. We started the Women Art Foundation to provide a platform for artists to showcase and sell their works. We plan to raise funds to hold an exhibition this year. 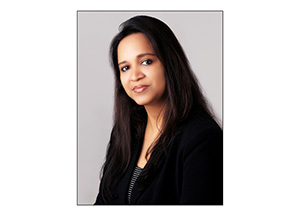 SHIVANI KHETAN
Managing Director, People Solutions;Founder, ExpressO Talks
I am the youngest among my siblings. My father believed that we should stand on our own feet and encouraged us to choose our careers. I got married in 1995. In 2006, my husband helped me start my firm People Solutions, offering training and development [soft skills]. The marriage didn’t work out, and I got a divorce a few years later.
While going through my divorce, I found it difficult to connect with my family and tell them how I was actually feeling. It struck me that if an educated person from an affluent family like me can fear being judged by friends and family, then there might be others who face a similar predicament. ExpressO! Talks was launched to bring people together to share their life experiences over a cup of coffee. Initially, my family couldn’t understand my reason behind doing this, and were unsure as how I would continue this in the long run without making any money. Their opinion has changed gradually and today they tell me that I’m doing a fabulous job and that this initiative will become really big one day. 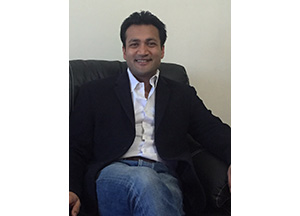 TUSHAR AGARWAL
Co-founder, Adventures Overland
When I was pursuing BA (Hons) in English from the University of Delhi, my father’s steel manufacturing business collapsed. I decided to pursue a diploma in software engineering, and did a six-month internship at my uncle’s software company. At 19, I was hired by a Japanese company as an intern. While my mother supported me, others were against me doing an internship that paid only R1,500 per month. Three years later, the company sent me to Japan for a year. From 2004 onward, I worked as an IT consultant in India and then the US before moving to the UK. While working in London, I thought of starting an adventure travel company in India specialising in self-drive road trips. My family wasn’t sure whether this new concept would work; moreover, they knew that to do this, I would have to start all over again. My father—he was successful in reviving his business—asked me to join his company. I refused. I returned to India in 2012 and founded Adventures Overland with Sanjay Madan. In 2014, we completed a world trip by driving through six continents and 50 countries covering 90,000 km. My family became confident about my venture and proud of me once I began organising expeditions. 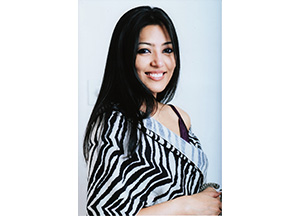 RAKHEE JAIN
Founder, OTT
My younger brother and I were raised in a liberated environment where there was no gender discrimination, where a woman’s opinion mattered and a great emphasis was placed on education. We were encouraged to be broadminded and independent. After graduation, I chose to specialise and work as an interior designer in Kolkata and eventually moved to London. For five years before starting OTT, I ran a catering business specialising in Marwari food from home [still functional]. Every time I attended a wedding, I would return home hungry because of the unappealing way in which the food was presented: white platters of canapés with oil trickling down and chutney bowls with crusty rims. I then decided to start my food styling company and OTT was born in January 2014.
I was already married when OTT was launched; my husband and in-laws supported and encouraged me to explore, learn and emulate the good things from new cultures. They also gave me the liberty to work abroad. Today, OTT’s high-profile clientele includes many HNIs from UK; we’ve also undertaken projects at New Delhi, Mumbai, Dubai, Kathmandu and our upcoming assignment is going to be in Kolkata.