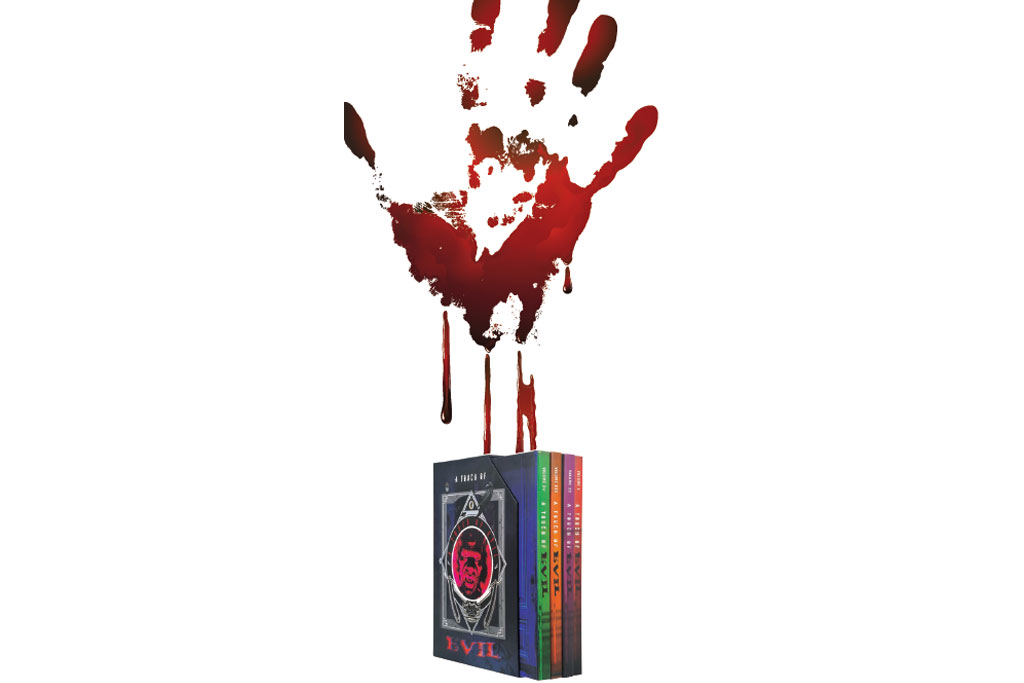 Hindi movie fans may well run into millions, but few can match Dhruv Somani’s fascination for Bollywood flicks. It has not just seen the aficionado watch numerous films, but also painstakingly collect memorabilia of hundreds of films since childhood. Somani’s enchantment, however, revolves largely around the suspense, horror and thriller genres— unconventional and independent-minded that he is—and this fascination continues to this day. Now a textile baron and father of three, his passion has led him to pen a four-volume anthology of over 300 films that was unveiled recently at The St Regis, in Mumbai. Titled A Touch of Evil and published by Spenta Multimedia Pvt Ltd, the series captures the essence of the suspense, horror and thriller genres over a seven-decade period, celebrating both landmark and little-known films. Enlivened with over 500 colourful images of posters, lobby cards and press books and peppered with interesting trivia, A Touch of Evil provides synopses, casts and credits of numerous films, making it a must-have for movie lovers, researchers, collectors and information seekers.

In a Q&A with MARWAR, Somani talks about his business, his huge fascination for horror and suspense films, his family and more. 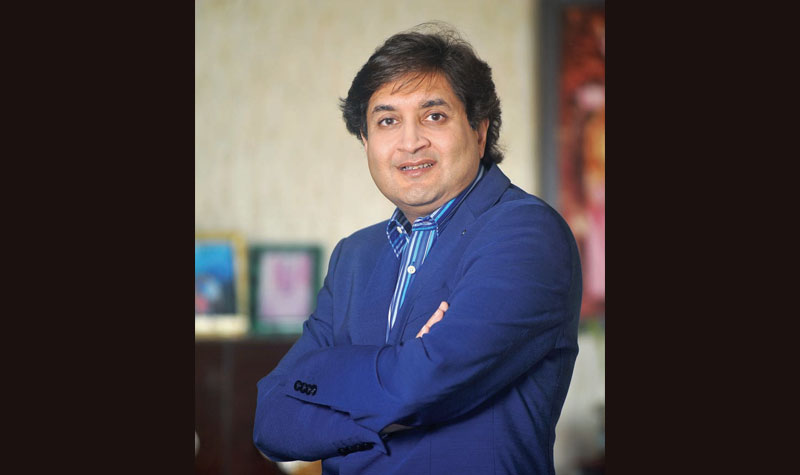 You are basically a businessman. What do you do and in what capacity?

I come from a traditional Marwari business family and I currently look after our companies, Navjeevan Synthetics Pvt Ltd and Excel Craft Pvt Ltd, in the capacity of a director. I am responsible for the operations of these businesses and the general working of the organisation. Our company Navjeevan Synthetics is a textile manufacturing and processing house that is engaged in various activities like manufacturing, dyeing, processing, printing, etc, of various fabrics. Excel Craft is into manufacture of capital goods for the wire and cable industry, and here I function more as a managerial decision maker, as the unit is more or less handled by a team of handpicked professionals, who are the best in the industry and have been with us for more than a decade.

How and why did you take to writing?

I’ve had this huge, huge fascination for films from childhood, especially for the suspense, horror and thriller genres. This fascination grew over the years, until I started to feel the urge to write about them, as nobody had written much about them till then. And then, one fine day, I took an empty book and I started writing. I started writing about the first film, and then the next, and I didn’t stop after that. Also, I feel, the ability to write and express yourself is to know and experience the greatest freedom of all. There is no better way to express your imagination and thoughts—to empower yourself and your audience.

What is A Touch of Evil about? What inspired you to write it? Is this your first book?

A Touch of Evil is my first attempt to write and it is my first book. In my wildest dreams, I had never imagined that one day I would end up writing a book. But some things, as they say, remain with you forever.

I have always had this deep connect with movies, especially those of the suspense, horror and thriller genres. Growing up watching these eerie films—especially films made by the Ramsay Brothers—on the sly, or with family and friends was thrilling. It was these films which paved the pathway to begin my journey as a writer. Watching them over and over again made me go back in time and rekindle the past and weave stories for future generations. Cricket and films are two mediums where generations bond together. This book will take people back in time and make them smile with a twinkle in their eyes.

Bollywood churns out hundreds of films every year. What inspired you to leave out the razzledazzle and highlight the suspense, horror, thriller genres instead?

It’s not that I don’t like razzle-dazzle films, but suspense, horror and thriller films definitely have a stronger connect with me, so much so that even today, I truly look forward to their release. 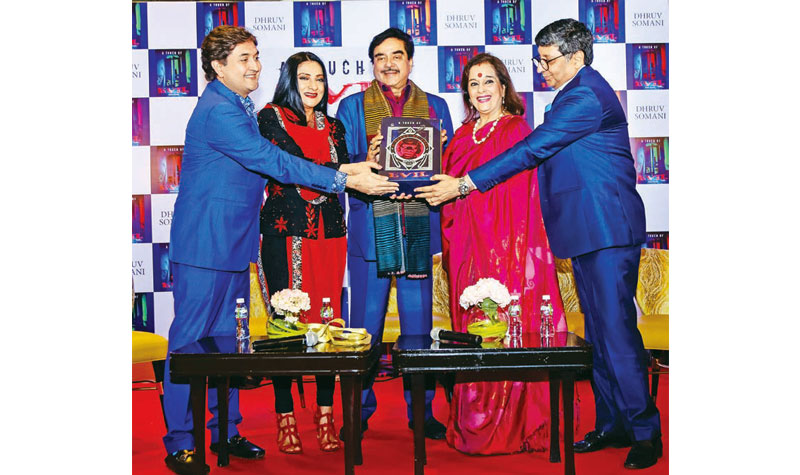 How many films does the A Touch of Evil series cover and within what time frame? What kind of information does it offer on these films?

In A Touch of Evil, I have covered more than 300 films, in a series of four volumes. It has more than 500 photographs. It took me three years to compile the series. I would call A Touch of Evil an anthology of films of similar genres, made over the last seven decades. The journey begins with the classic Mahal, made in 1949, and ends with films made in late 2018. The books reveal the cast and credits of the films, along with a small synopsis on each film, but without letting the cat out of the bag. Some films also carry trivia, providing information not known by most people.

Of these 300 films, which would you say are your favourites?

It’s very difficult to pinpoint from a huge collection of more than 300 titles. Nevertheless, some films which have been my absolute favourites are: Vijay Anand’s classic thrillers like Jewel Thief and Teesri Manzil; Raj Khosla’s trilogy, Woh Kaun Thi, Mera Saaya and Anita; Raj Kumar Kohli’s multi-starrers like Nagin and Jaani Dushman; and films made by the Ramsay Brothers like Darwaza, Purana Mandir and Veerana.

How easy or challenging was it to collect material for your books? How did you go about it?

a very long time, and these have helped a great deal. If you remember, in those days, there used to be a lot of these press books, posters and lobby cards. I used to collect them and still do. But collecting memorabilia is always difficult—you have to contact a lot of people, you have to be in touch with a lot of people and so the process was long-drawn. Also, I have had to watch many of the films over and over again to get the synopsis right, while also taking care to not let the cat out of the bag.

When was A Touch of Evil launched and where? Tell us a little about the launch ceremony.

It was launched on February 6, 2019, at The St Regis Mumbai, by Bollywood film star and politician Shatrughan Sinha and his wife Poonam Sinha, along with film star and socialite Aarti Surendranath—who, incidentally, has acted in three of the Ramsay Brothers’ films—and Maneck Davar, who is the chairman and managing director of Spenta Multimedia Pvt Ltd. The launch was attended by about 250 guests and was just perfect. It was like a dream come true for me. 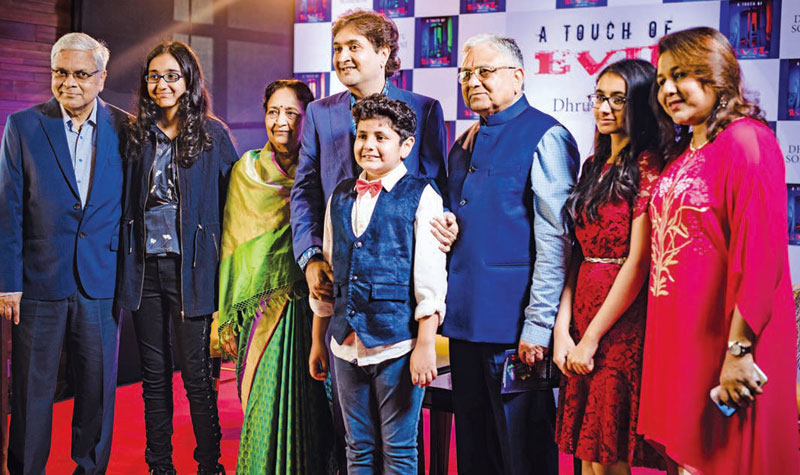 How have the books been received so far by readers?

They have been received well by readers so far. There were those from the audience, who came up and congratulated me and said it was a huge achievement. Prominent people from the film industry, especially the Ramsays, too have had lovely things to say, which I think is a certificate for me and for my work.

Tell us a little about your family. How supportive have they been about your book?

I come from a family of businessmen where creativity is often misunderstood. When I began writing this book, a lot of people thought it to be a passing phase which would end soon. My godfather, Prashant, who also is my friend, mentor and guide, honestly thought I was out of my senses. But my mother—my inspiration and strength—always backed me. As for my wife Shruti, who has always been my best friend, she was super supportive, understanding my dedication and excitement, which often became an obsession. My lovely daughters, Avantika and Ishika would often read my drafts, correct my grammar and laugh, while my son Akshay would see the film posters and show immense curiosity about them.

I haven’t made up my mind yet, but it certainly is going to be on films. It will probably be a filmography of a particular actor or actress. I have 2-3 names in my mind, but I don’t want to divulge them right now, because I don’t know what would excite me at that point of time when I start writing. 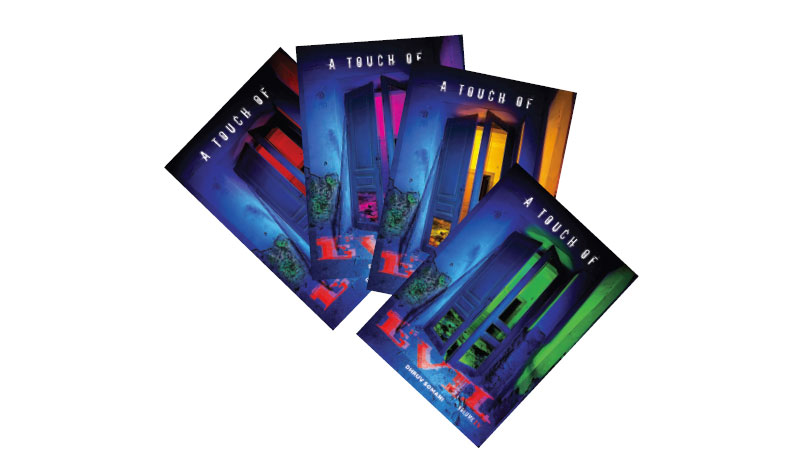