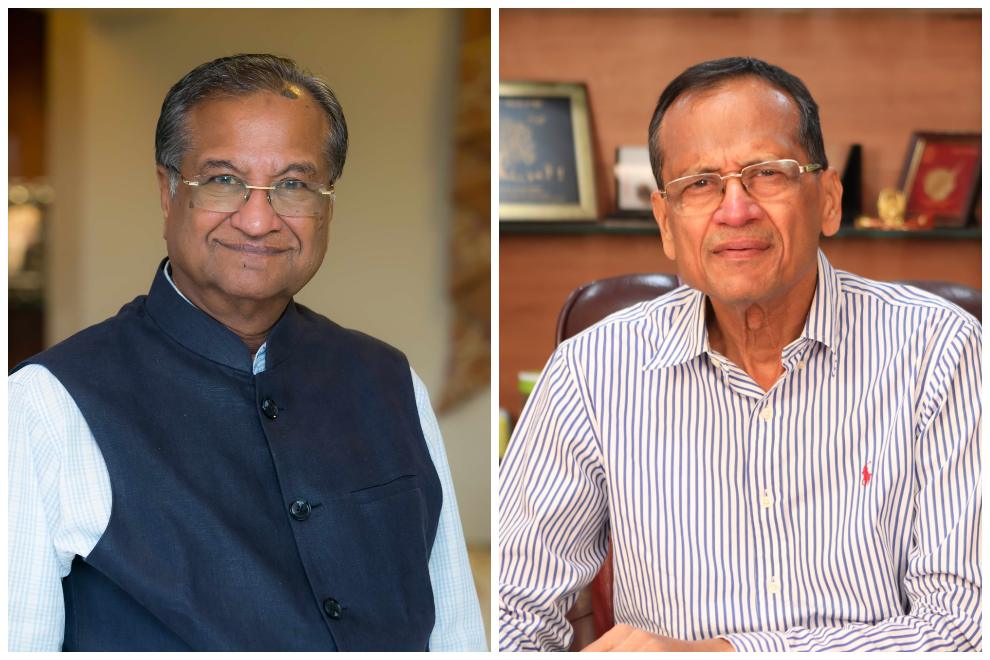 Almost half a century ago Sharad Kumar Saraf and younger brother Sudarshan laid the foundations of their company, Technocraft Industries(India) Limited, at a 1,000 sq m plot at Maharashtra Industrial Development Corporation (MIDC) in Mumbai. Then a small, struggling drum closure manufacturing unit, a niche sector, it’s been a long haul for the brothers since, who continue to post healthy year-on-year growth in their business verticals—drum closures, steel tubes and cotton yarn and textiles—of their now diversified conglomerate which also includes an engineering design services business. Though still operating from MIDC, their company has grown far beyond the tiny plot they had started with and now boasts a worldwide presence with a turnover of over`1,300 crore. At the root of this success lies the perseverance and hard work of the brothers, who have proven to the world that sometimes the harder you work, the bigger and luckier you get. But there have been hiccups along the journey, as we learn from elder brother Sharad Saraf, as he takes us back to the inceptive years of the company in the early ‘70s.

“We were looking at the possibility of starting our own business and somebody suggested to us that we could look at drum closures, which then was a monopoly of an American company. The product looked quite simple, but when we started, it turned out to be extremely complicated,” says Sharad Saraf, who now heads Technocraft Industries (India) Limited, as its chairman. The Saraf brothers, both fresh graduates from IIT-Bombay—Sharad Saraf passed out with distinction in electrical engineering and Sudarshan Saraf in mechanical engineering—had just started their company with largely borrowed capital from Maharashtra State Financial Corporation—five-and-a-half lakh rupees to be precise—unwilling that they were to take any financial assistance from their father, Madho Prasad Saraf, who had just set up his stockbroking business, after giving up his job with the Birlas in 1968. 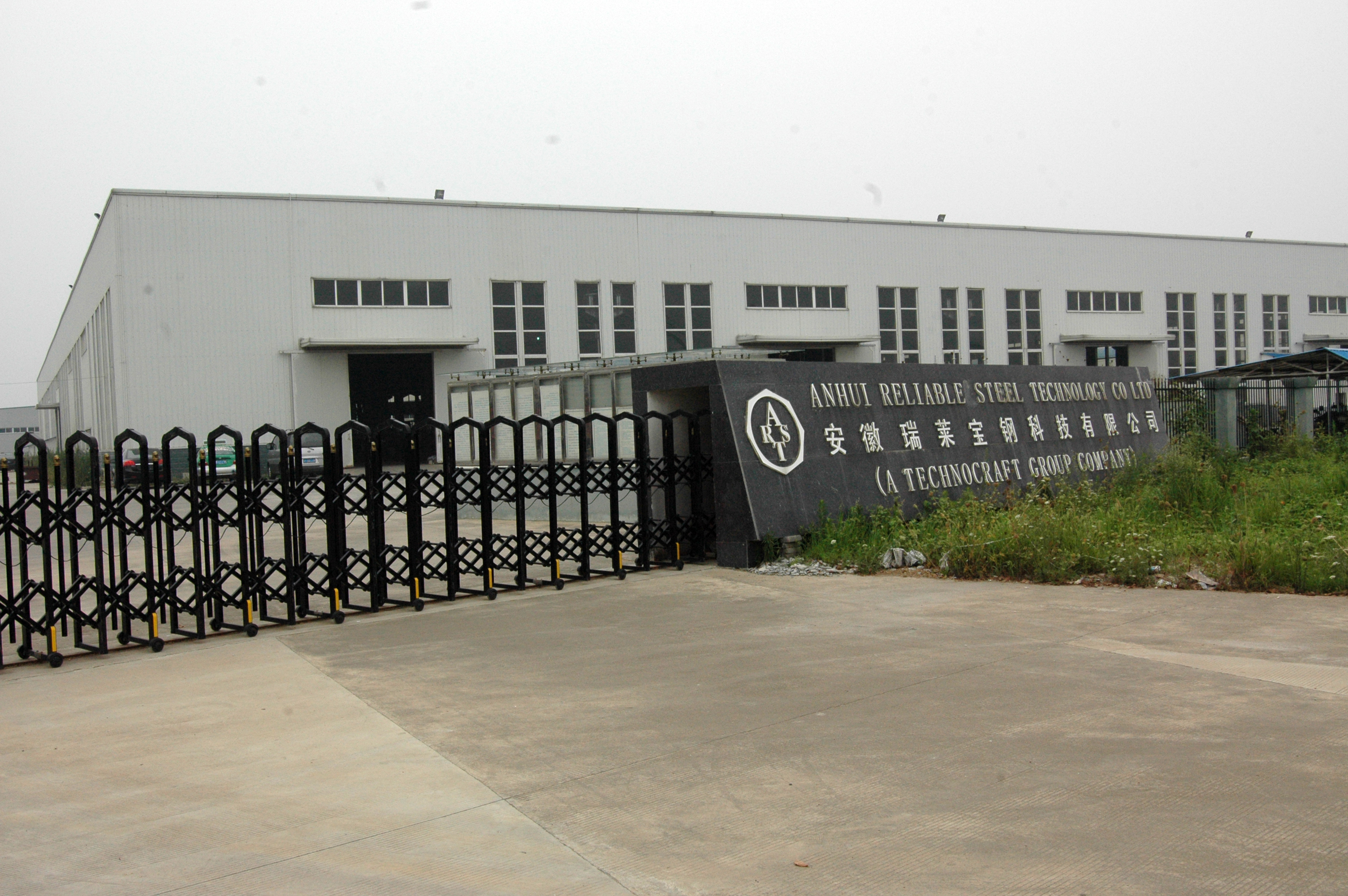 “But, by dint of hard work and our technical education, we were able to decode the geometry of the product and decide on the manufacturing process,” continues Sharad Saraf. In this, however, they had the good wishes and support of a mentor from Balmer Lawrie & Co, especially by way of ideas, as we later learnt from Sudarshan Saraf, Balmer Lawrie being the largest drum manufacturing group in the country then, which at the time had to depend on a single source for drum closures.

Once the drum closure manufacturing unit became functional, the Sarafs began to explore the oil-rich Middle East nations for new markets, ultimately securing large buyers from Iran and Iraq, with which the Sarafs started exporting in 1977. They grew manifold over the next two years and the business kept growing until Technocraft became the world’s second-largest manufacturers of drum closures.

By the ‘90s, the Sarafs had some surplus funds and were looking to diversify, ultimately settling down for an old steel tube manufacturing unit close to their factory and also yarns. “We bought an old pipe mill which was close to our factory, and at the same time we also conceived a project for manufacturing cotton yarn, which at that time was a booming business,” says Sharad Saraf. The rationale behind buying the steel pipe manufacturing unit was that since this product too was manufactured from steel sheets like drum closures, they could handle it competently; and as for yarns, the fact that their father had prior experience in the textile industry, acted as a trigger. 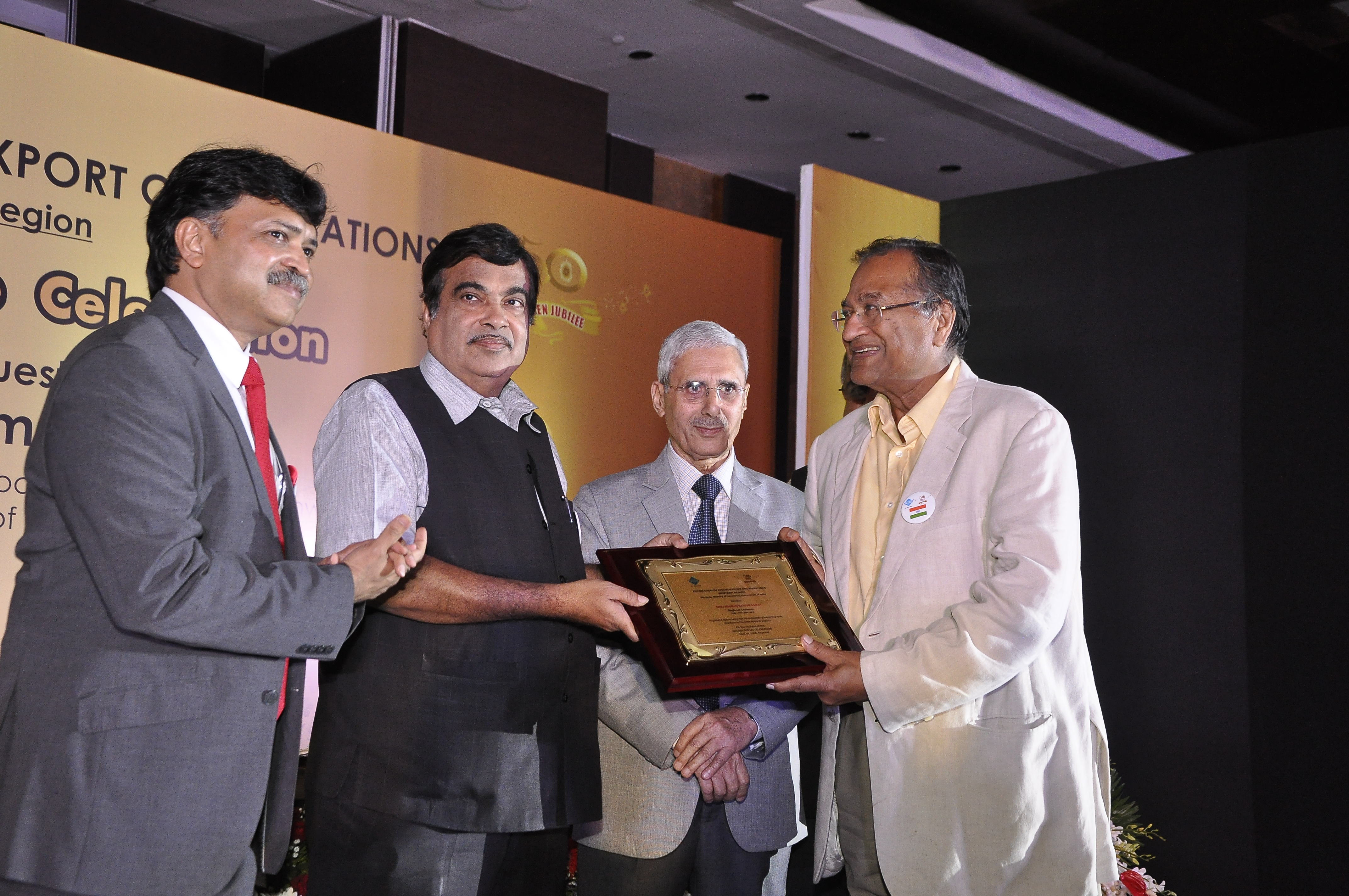 As of today, not only has Technocraft earned global repute for its drum closures and allied products, but also steel tubes and yarns, which go to the production of very high quality, certified scaffolding and formwork systems, most of which is exported. The yarns division has grown too, its product portfolio now comprising fabrics and garments, in addition to premium cotton yarn, all of which are manufactured with state-of-the art machinery and exported to all corners of the globe.

Most of Technocraft’s manufacturing facilities are located at Murbad, near Mumbai, where it has four factories, all very modern and highly technology-driven, two of which are for drum closures and allied products, one for scaffolding systems and one for textiles. Anew yarn mill has been put up at Amravati, Maharashtra, besides, and as of now, a fifth factory is coming up at Murbad for scaffolding systems. Further, Technocraft has a subsidiary company at Quanjiao, near Nanjing in China for making scaffolding systems and drum closures, which employs about 150 workers and has a turnover of over`200crore.

With so much to handle, the Saraf brothers divide responsibilities between them with Sharad Saraflooking mainly after marketing, business development, banking, taxation and legal matters and younger brother Sudarshan handling production, R & D and factory and plant management. Asked about their long, successful partnership, Sudarshan Saraf says, “Actually, temperamentally we are very different; but fortunately, when you are different, you complement; and so we complement each other.”

With both the brothers now having touched seventy, the next generation of the Sarafs have entrenched themselves into the business as well, with Sharad Saraf’s son, Ashish, now 38, looking after the cotton yarn and garments division and Sudarshan Saraf’s son, Navneet, now 42, handling the steel tubes and scaffolding business. SharadSaraf’s daughter, Ritu Saraf is involved too and looks after the real estate and investments wings of the business. With their collective effort, Sharad Saraf says he looks to grow by at least 15 per cent or increase the turnover to`1,500crore by March, 2020.

As with most Marwaris, the Sarafs too are into social service, and in a significant way, having set up a residential skills development centre in Murbad with their own funds, which is affiliated to Nettur Technical TrainingFoundation. The centre offers a three-year diploma course in mechanical engineering, with focus on tribal and poor students, and placement opportunities at the end of the course. Patterned after IIT, it offers a lot of sports facilities and is equipped with the latest in computers, robotics and CNC and digital machines.

Besides heading Technocraft, Sharad Saraf is on the board of governors of IIT-Bombay. He also headsFederation of Indian Export Organisations (FIEO), theapex body of exporters in India, as its president, which entails promoting exports, working for exporters and interacting with all departments of the government and especially the Ministry of Commerce, as they are the ones who make the export and import policies.

Asked how he feels when he looks back at his life, SharadSaraf says, “I have always felt very satisfied with what I have done and what I am.” With a supportive wife and family and cooperative son and nephew on the business front, he also feels he is one of the luckiest persons on the planet.