In the world of art, there are those who train to be artists and there are those whose innate artistic genius shine through irrespective of impediments or the vicissitudes of life. Arjun Prajapati is one of the latter. Like born artists, whose inner drive and inborn skills compulsively gravitate them to the world of art, nothing could deter Arjun Prajapati either. The story of how art cast its spell on him at an early age to forge a lifelong bond with it is nothing short of fascinating.

Hailing from an ordinary middle-class family in Jaipur, like most other youngsters, Arjun Prajapati too began his life’s journey imbibing knowledge at a local school. But being herded into classrooms like other children wasn’t for him. The road from home to school would take him through a lane where artisans and potters would make beautiful statues, artefacts and pottery. Mesmerised by their art, every day he would stand for hours and watch them, oblivious of school or lessons. This flagrant truancy obviously did not go down well with either his teachers or guardians. School authorities would discipline him and then complain to his parents and elders, who then would punish him also, reminisces Prajapati. But no amount of reasoning or censure could deter him. He simply was too enamoured of art and wanted to be a sculptor come what may. Matters finally came to a head and family elders relented. Prajapati was just 13 years old then.

The making of an artist

Given free reins to follow his passion, Prajapati immersed himself totally into art, learning sculpture in all earnestness. But somehow the knowledge and expertise required to give wings to his creative instincts eluded him. This took him to his very first guru, Anandilal Verma, an expert at clay modelling. Having learnt all he could from him, he proceeded to his second guru, Dwarka Prasad Sharma, whose concept of drawing anatomy, Prajapati says, was amazing. From Dwarka Prasad Sharma, he proceeded to Mahendra Das, a towering figure in the world of Indian sculpture. Some of his most valuable lessons, Prajapati says, were learnt under his tutelage.

As an artist, Prajapati’s very first piece was a sculpture of Hanumanji. He was barely 14 then. The cherished statue, Prajapati says, is still with him. As the years wore on and he improvised on his knowledge and skills, the sculptor in him blossomed. Success began to greet him so much so that he was honoured with the Rajasthan Lalit Kala Akademi (RLKA) award (which is given by the Government of Rajasthan) by the time he was 23. Two years later, in 1985, he was to be awarded again by the RLKA and then once more in 1990. More awards were to follow in the years to come.

Amidst his growing name and fame, a few years down the line Prajapati came up with what he says is his most talked about and celebrated creation: Arjun Ki Bani Thani, a breath-taking marble sculpture showing the bust of a Rajasthani woman with her face half covered with a ghunghat (veil), the facial features showing clearly through the diaphanous material.

Arjun Ki Bani Thani brought widespread renown to Prajapati as an artist. If fame was lacking outside India, this too was to come by, thanks to the patronage that the high and the mighty bestowed on him. Among them was former chief minister of Rajasthan (and later the Vice President of India), Bhairon Singh Shekhawat, who would gift the Arjun Ki Bani Thani piece to foreign dignitaries visiting him. And with that Prajapati’s name as an artist travelled far and wide, bringing him both international renown and clientele.

Today, with an illustrious career spanning nearly five decades, Prajapati’s admirers include the who’s who of the world, many of whom he has portrayed live through his art—sometimes in barely 30 minutes! Among them are former president of the United States of America, Bill Clinton; and Charles, Prince of Wales. Apart from them, Prajapati has also made statues of eminent personalities like Lata Mangeshkar, Jagjit Singh, Amitabh Bachchan, Om Puri, Anupam Kher, and others.

Prajapati’s successful journey as an artist in fact has seen him create numerous pieces of art for clients across the globe, ranging from statesmen and political figures to celebrities, socialites and art aficionados. His offerings include statues for gardens, lawns and public places; statues of gods and goddesses; statues of famous personalities; showpieces for homes and interiors; and, of course, custom-made pieces. Carved in marble, bronze, plaster of paris, clay, sandstone and other natural stones found commonly in Rajasthan, these are available in various sizes and designs, or as per customer specifications. Also available is a range of impeccably carved decorative pieces for interiors such as columns, pillars, chairs, seats, coffee tables and the like, sourced from reliable vendors.

For the uninitiated, the best way to gauge Prajapati’s artistic genius perhaps is to visit Arjun Art Gallery, his art showroom at Jaipur’s Khazane Walon Ka Rasta, where many of the maestro’s outstanding pieces remain displayed, apart from housing his repertoire of offerings for sale.

As a celebrated artist, Prajapati also is very enthusiastic about events, having participated in numerous exhibitions, conferences and shows across the world. In a solo exhibition titled Bharat Nirmata Shrankhla, held at Jaipur’s Jawahar Kala Kendra recently, he showcased a series of about 30 of his sculptures of legendary figures from Indian history, such as Vallabhbhai Patel, Atal Bihari Vajpayee, Subhas Chandra Bose, Jawaharlal Nehru, A P J Abdul Kalam, Swami Vivekananda, Maharana Pratap Singh, Chhatrapati Shivaji Maharaj, and others.

Prajapati’s dedication and tireless contribution to enrich Indian art, understandably, has brought him an enviable cache of awards. Beyond the Rajasthan Lalit Kala Akademi awards that were bestowed on him earlier in his career, he has been honoured with other highly prestigious awards, such as the ‘Rashtrapati Award’ by the then President of India, A P J Abdul Kalam, in 2004; the Padma Shri in 2010, which was bestowed on him by the then President of India, Pratibha Patil; and the Shilp Guru award by the Ministry of Textiles in 2016, to name a few.

A legacy of art

One of his long-nurtured desires, Prajapati says, has been to keep the traditional and folk arts of Rajasthan alive. This not only shows in many of his works and exhibitions, but also in the fact that he goes great lengths to teach his art to aspiring youngsters, giving free demonstrations in schools and colleges. In the process, till date he has inspired numerous budding artists by helping them recognise their hidden talents. With equal dedication he has been training his three sons as well—Rajendra, Mukesh and Sunil—all of who help him with his work. And through them, the man and his art promises to give a new dimension to the preservation and growth of Rajasthani art and Indian art as a whole. 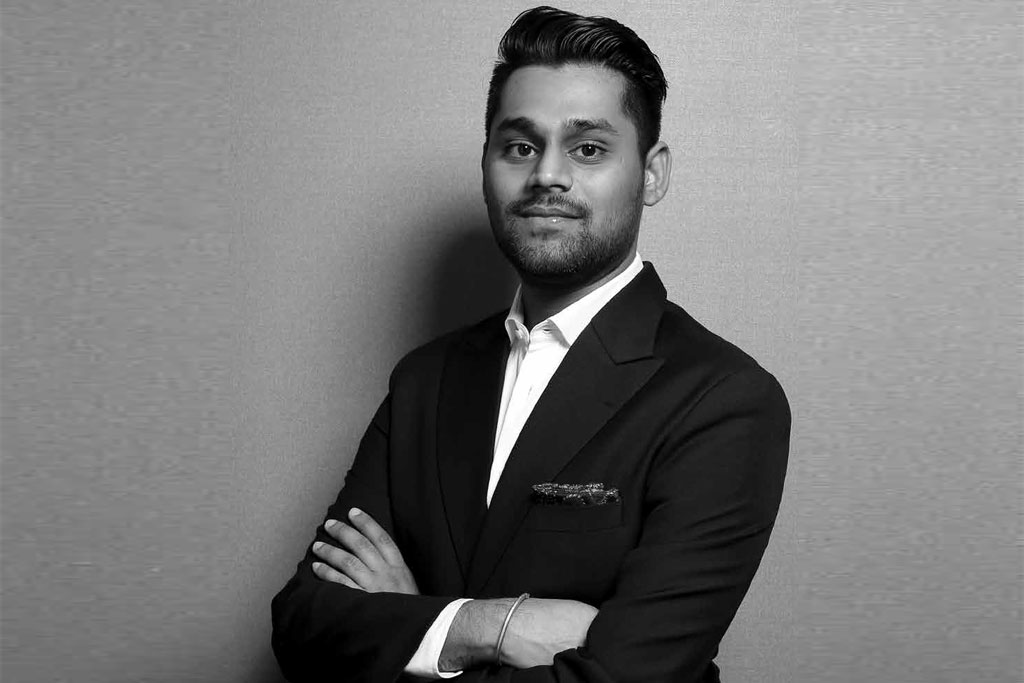 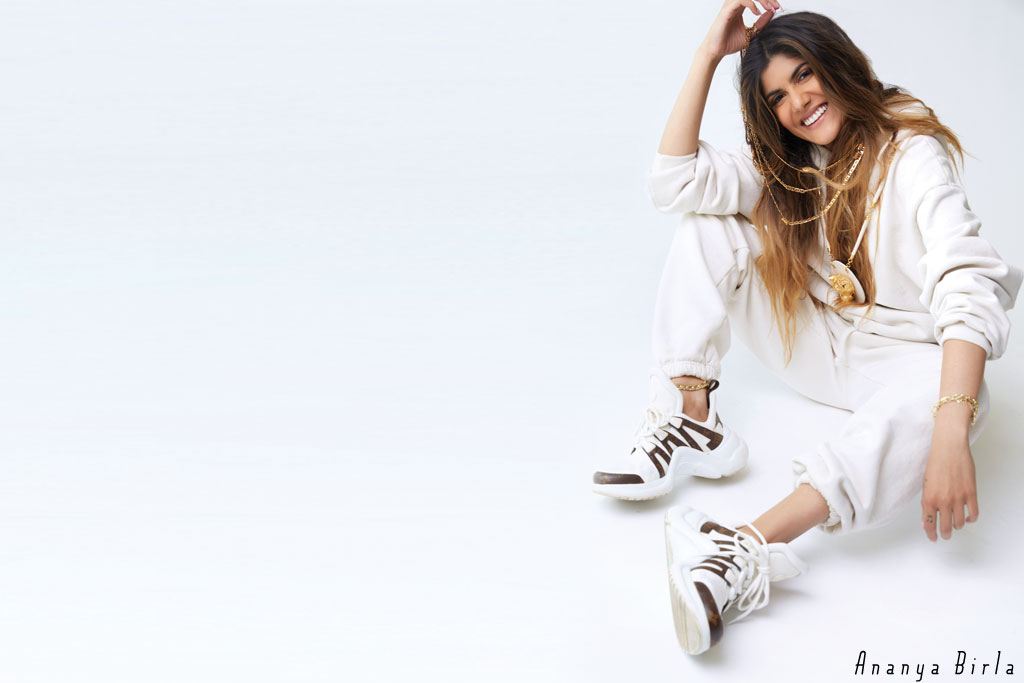 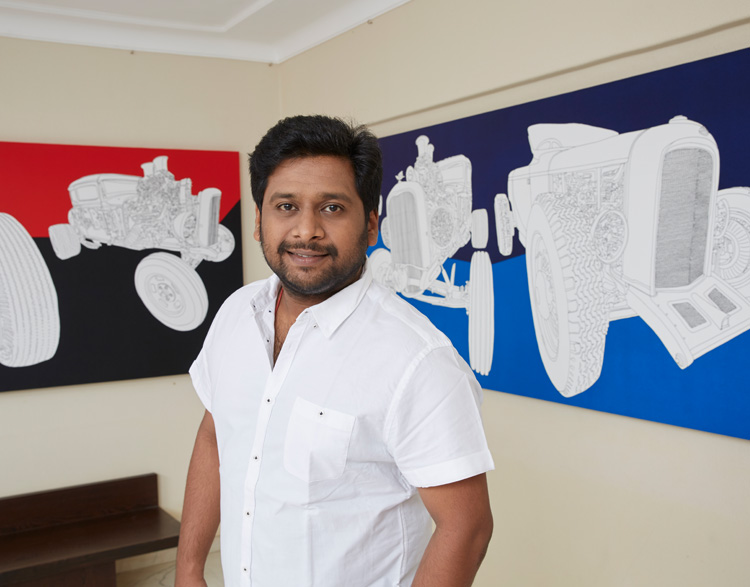