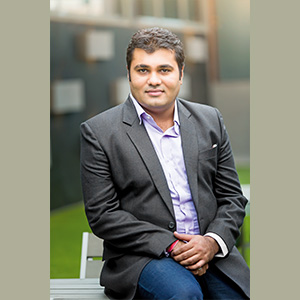 A keen advocate of change, realtor Rahul Shah feels that creativity and imagination will always serve as essential constituents in the evolution of the Sumer Group. Having taken complete charge of all major projects recently, the scion, who is the current CEO of the company, brings energy, vigour and thoughtfulness to the group, in his quest to change Mumbai’s skyline.

Rahul Shah’s family, which is now based in Mumbai, originally hails from Bhinmal, a town in the Jalore district of Rajasthan. Having grown up in the city, he schooled from the Greenlawns School (at Worli, Mumbai) and then acquired a diploma in management from the prestigious S P Jain Institute of Management and Research. He took charge as CEO of the Sumer Group in 2016 and now oversees all major projects of the group, aspiring both to augment the family business and reshape the city’s skyline. 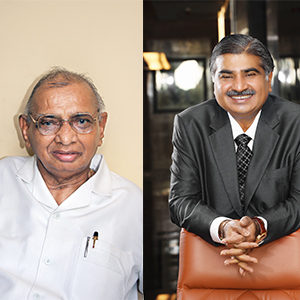 Founded by late Sumermalji H Shah in 1965, the Sumer Group was established with a vision to build landmark projects that would redefine homes and urban living.

To take Sumermalji’s legacy forward, Ramesh Shah, a visionary leader and the second generation at Sumer Group, went on to create a niche in the real estate market with his unwavering commitment to excellence in developing the country’s urban landscape. His principle ‘Always deliver what you promise’ made him one of the top names in the construction business. Further, under his leadership, the Sumer Group constructed guest houses in states such as Maharashtra, Gujarat, Madhya Pradesh and Bihar, in addition to undertaking initiatives aimed at the welfare of the Jain community. His most outstanding projects include Sumer Valley, an 89-acre slum redevelopment project that was recognised as the No. 1 Mass Housing Project 2005. He is also the recipient of various awards, including the Jain Ratna Award, which was conferred upon him by former Prime Minister, late Atal Bihari Vajpayee. 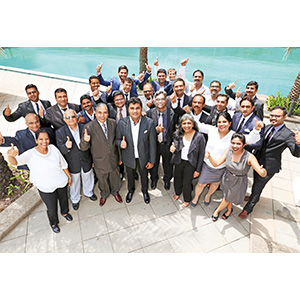 A leading real estate developer based out of Mumbai, today, the Sumer Group is involved in landmark projects across the city, as well as in Alibaug, Pavana and Goa. It has presence in other industries too, ranging from earthmoving to construction. The group is engaged in the development of both commercial and residential spaces and has completed more than 50 projects. It has delivered more than 30 million square feet of residential and commercial space in the process and has a further 1.5 million square feet of soon-to-be-developed space to deliver.

Currently, Shah heads the company’s finance wing and also is involved in the group’s corporate functions such as the company’s legal and regulatory affairs, corporate communications, strategic procurement, investments and global projects.

“I joined the group in 2002,” says Shah, as he begins to walk us through his journey. “I was inspired by my grandfather’s commitment to customers and have understood that anyone can build a great product, but in the end, you have to deliver what you had promised. I also have great respect for my father, who gave me a thorough understanding of the basic functionality of our real estate business before giving me this huge designation.”

Coming to his initial successes as a CEO, he says, “With the burgeoning upper middle class, a new breed of buyers, who wanted more than a brand, was emerging. Thus, I started devising and implementing several marketing initiatives in the form of targeted campaigns, advertisements, etc, which resulted in a rapid rise in the sales of properties. I also recognised the need to explore other markets.”

The going, however, was not always easy. “I met with severe opposition from employees every time I planned a strategy for the group,” continues Shah. “But, following my grandfather’s ideologies, I overcame them with conviction. Over time, with every successful business decision, the employees bestowed more and more confidence in my approach and leadership.”

In his individual capacity, but in keeping with the group’s expansion plans, Shah is proud to have established the Remus Group, an offshoot of the Sumer Group. One of the group’s recent projects in Goa, Remus Coexist, stands out for its plush apartments and modern amenities. Located close to major highways, yet nestled in nature, it offers residents great homes amidst tranquil surroundings. 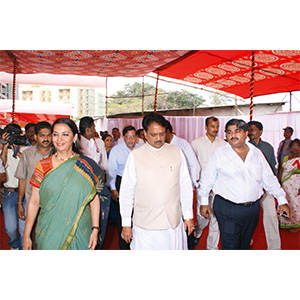 The Sumer Group has been extremely active in the Slum Rehabilitation Scheme (SRA), mainly in the Chandivali area and also undertakes various social initiatives for the weaker sections of society. Shah tells us what exactly inspired the company to take this path. “Over the years, the beautiful Sanjay Gandhi National Park has been subject to encroachment and poaching. The increase of slum areas in the park was a matter of concern. It added to the existing vulnerability of Mumbai’s unpredictable monsoons, and continues to be a concern even today. With limited availability of re-housing projects, the redevelopment of Sangharsh Nagar became a necessity. We got good support from the then Chief Minister, late Vilasrao Deshmukh —right from rehabilitation of slum dwellers to getting the necessary approvals, etc, to make the project more feasible.”

By March 2002, Deshmukh agreed in principle to a rehab proposal on 3.60 lakh square metres of land (approximately 85 acres). Since as much as 1.20 lakh square metres was part of the No-Development Zone, the project would have to be developed in two phases. Accordingly, the first phase of the project comprising development of low-rise, low-density ‘Ground+4’ residential buildings, schools, playgrounds for children, medical centres, market areas and community centres has been completed successfully.

Further, as a responsible corporate body, the Sumer Group believes in doing its bit for society. For this reason, the Shahs have set-up a separate entity called SuSumer Foundation, the non-profit wing of the group, involved in social activities. 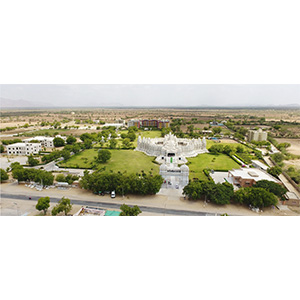 Shah’s deep understanding of business, research, and consumer insights and behaviour has enabled the Sumer Group to manage one of the largest retail portfolios, which includes development of an area measuring 10 acres in the heart of Mazgaon. Called Harbour Heights, the luxurious residential project comprises four huge towers and has a unique extension to it called the Harbour Central Mall. What’s more, clubbing a retail facility with a residential apartment was a never-seen-before format in this part of the city. Furthermore, a vision plan is also being prepared by the government to develop and improve Mumbai’s eastern waterfront.

Spread across 1,70,000 square feet of land, the five-level Harbour Central Mall will have approximately 2,000 shops, each having 70 square feet of carpet area or more. With state-of-the-art facilities, the mall will have a dedicated gymnasium, banquet hall, food court, prayer hall and an ambulation area.

Given it vantage point, the retail project aims to target South Mumbai’s wholesaler trading community, who could consider shifting there, as it would curtail their travel time and simultaneously keep them connected to other hotspots of the city through road and rail. The project is likely to be ready in another 18-20 months. 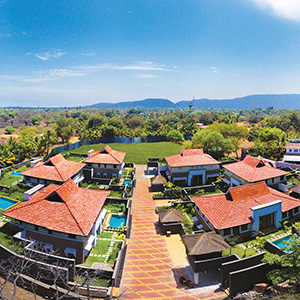 Shah is a car aficionado and has received several awards from the Vintage Classic Car Club of India (VCCCI). Among the “beauties” (as he calls them) he owns, include a 1934 Ford Model B, a 1948 Studebaker Champion Convertible, a 1936 Rolls-Royce 25/30 HP and a 1968 Volkswagen Beetle. He is also an avid traveller and enjoys reading as well. 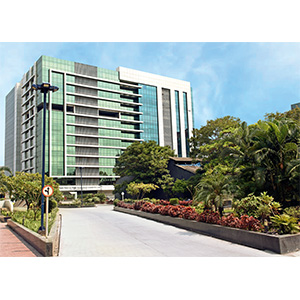 Speaking about the company’s future plans, Shah says, “The company has projects across multiple categories. With each one of them spread across the length and breadth of the city, we are doing TDRs (Transfer of Development Rights) majorly now. Currently, we are working on four-five projects: one of them is TDR-related, one is a mid-level apartment, and there are two luxury projects coming up also. We prefer working on limited projects, say, three-four projects at a time and not 20+. This helps us to concentrate better on our ongoing projects.”

Shah believes it is important for the group to deliver more than what it promises. In his words, “We must begin by saying ‘Yes’ to the impossible.” Given his business acumen and his client-centric approach, under him, the Sumer Group, it seems, is headed for better times.