Home Culture Bringing back the ’60s 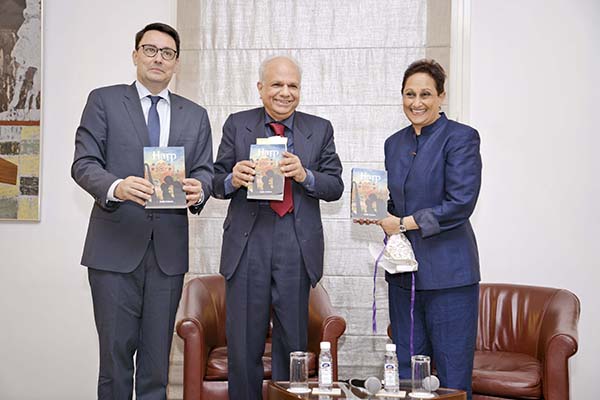 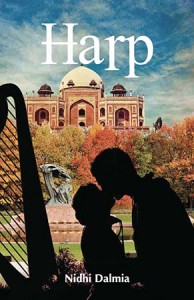 Born into one of India’s oldest industrialist families, Gun Nidhi Dalmia, son of the late Ramkrishna Dalmia, was brought up in surroundings typified by business and culture. While imbibing nuances of running businesses, he also cherished the spiritual environment prevalent at home, where Vedas and Upanishads were a part of his home-schooling.

We bring you a tête-à-tête with the industrialist-turned-author, who has penned a fictional tale of love, longing and coming-of-age, in a decade popularly referred to as the ‘Swinging Sixties’.

What motivated you to write Harp?
I wanted to describe the hope and idealism of the sixties that I and many others thought would never end—how the themes conveyed then were universal and how music interspersed with everyday life. I wanted to write about the universality of human emotions and feelings. We all have stories to tell. I wrote a tale about how love and obligation compartmentalise people, making them choose between love and duty, between the head and the heart, between one’s social contract and what one wants. The individual choices one has to make have profound consequences. I wanted to portray a deeply felt love story, as different as any personal experience can be.

Have you wanted to be a writer for a long time?
I have wanted to write since I was a schoolboy. I remember my best friend wouldn’t believe me. He would say, “You are from a top industrial family, you will be an industrialist.” I wanted to write in addition to running a business, not in place of it.

Is the novel biographical? Did your travels influence your work?
The novel is not biographical, but we always draw upon our experiences, especially travel experiences. Some of the people I had the privilege to meet inspired me to take aspects of their personality and create new characters, who acquired a life of their own.

What were the challenges you faced, if any, while penning down a fictional novel set in the ’60s?
I grew up in the 1960s, so it wasn’t difficult for me to pen it down. It was a time of extraordinary cultural, social and political change. What was refreshing about it was how pervasive it was. There was hope for the world and everyone thought it was an era that would last… that we would make it last. My debut novel is about this magical and charmed time, which coincided with my teen years. The enlightenment and emancipation it subscribed to—sexual revolution, for example—changed me irrevocably.

Your book has foreign words, music and dance from that era, and details of the dairy industry and business management. What kind of research went into creating a backdrop that is believable enough to transport the reader into that era?
The music of that era is what I have always loved and have largely not forgotten. The foreign words did not require research, as I speak those languages. As for details of the dairy industry, I had a lot of knowledge about it, as we were running a dairy factory called Edward Keventer (Successors) Pvt Ltd, where we produced a range of dairy products. I acquired business management knowledge from running other businesses as well. My son Agastya Dalmia has restarted the milkshake business under the brand name of Keventers, which is now visible all over India.

You have also made observations about the prevailing economic and political situation in India. Was it your way of getting the readers of a young India acquainted with the time?
Yes, absolutely. A book is more interesting than reading dry economic history as a data sheet of facts.

Tell us a little about yourself.
I am an alumnus of St Stephen’s College (University of Delhi). I pursued postgraduate education at Oxford University and the Sorbonne, and management education at Harvard Business School. My professional life exposed me to diverse business responsibilities, especially in the manufacturing sector. My father, the late Ramkrishna Dalmia, was one of the top three industrialists in India for several decades. He was a pioneer in several industrial fields. By dint of hard work and innovation, he rose as a self-made industrialist to the top, in a career spanning both the pre- and post-Independence years. As a member of several prestigious professional bodies, I have received extensive professional training across the world. I was a part of the college table tennis team at Oxford and otherwise enjoy swimming. My interests include cinema, theatre, opera and classical music. I divide my time between Delhi and Paris.

What’s next on the agenda?
The second book has already been written. It was in fact written before Harp. But a lot of editing and revision is required, so I am working on it currently.