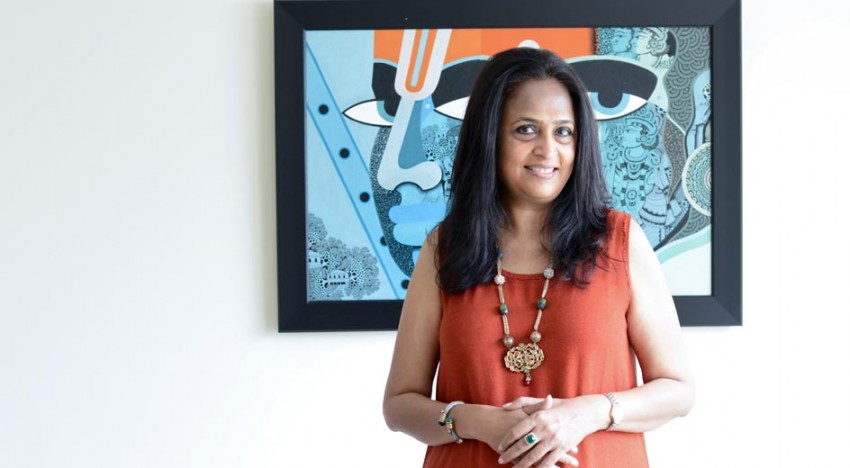 Shailja Kejriwal, Chief Creative Head-Special Projects, ZEEL, is a busy woman. She is in the middle of finalising outdoor advertising and marketing plans, when I find that precious window in her busy schedule which allows me to have a chat with her. It’s still early on a Saturday morning and Kejriwal had only wrapped up her previous day at 3 am. Nonetheless, there isn’t a trace of tiredness in her voice which is bubbling with excitement as she launches into the nitty-gritty of her role and the responsibilities that come along with it. “Television is a powerful medium and I have always believed that it should be used for purposes beyond entertainment. With Zindagi, we aim at dissolving borders and tapping into the past we share with our neighbouring countries,” says Kejriwal.

ZEEL has kicked off the new channel by airing shows from Pakistan, where Indian television and Bollywood films have the biggest fan following outside India. When it comes to choosing the content from other countries, it makes sense to test the waters with a Pakistani TV show as opposed to a Bangladeshi one, which would be in a dialect of Bengali that is quite different from the one spoken in India. Urdu, on the other hand, is similar to Hindi, and easily understood by the Indian population, making it a far more commercially viable and lucrative option, as far as viewership is concerned. “As for the shows that are being aired on Zindagi, some are existing hit shows while others have been especially created for us. Apart from new stories and faces, the channel will bring Lahore and Rawalpindi into your home every day. It will focus on their everyday lives, and our hope is that it will make people more tolerant,” Kejriwal says with gusto. Having spent eight to nine months watching 10,000 hours of Pakistani, Bangladeshi and Sri Lankan content with the aim of handpicking all the shows herself, one senses that Zindagi, which was launched on June 23 is her baby, and one that she has been consumed by for the past 19 months that she has spent on its launch.

So apart from being located across the border, what is it that really sets Zindagi apart from all the other channels, one wonders. “For the past few years, Indian channels were stuck in the rut of binary opposites, with stories only talking about good versus evil. They felt the need to appeal to everyone. Everyone was creating more of the same thing. There is a conscious struggle to break out of that pattern now,” explains this industry veteran. “It helps that the audience is also more receptive to newer concepts today. There is an urge to do something more relatable, to touch people’s lives and break free from emotions that are larger than life,” she continues. And that is precisely what Zindagi’s shows are all about—raw, honest emotions. One of the shows that Kejriwal is most excited about is a telefilm, Kitni Girhain Baaki Hai, the title of which was inspired by a poem authored by Gulzar. “Telefilms are practically extinct on Indian television, hence this is our effort to bring them back. This show will be about small day-to-day issues faced by women. There’s nothing sensational about it. We have roped in actor Kirron Kher to narrate the story,” she informs us with a hint of a smile, which gives away the fact that no matter how terrific the content might be, star power still has a strong pull over audiences in India.

As interesting as the premise of the channel is, what’s even more intriguing is how Kejriwal arrived at the idea of it. As a ‘television dinosaur’ (as she jokingly refers to herself), she has been working in this field for the last two decades. Kejriwal was a part of Star India Pvt Ltd from 1998 to 2007, after which she worked with NDTV Imagine (now Imagine TV) from 2008 to 2010. She then went on to start her own venture, Bounce Board Media Consultants Pvt Ltd, consulting for fiction and non-fiction series for various channels. “After over 18 years in the industry, I had reached a saturation point where I wasn’t even watching what I was creating. There was a restlessness within and I realised I was far removed from the very people I was creating for,” she says, adding, “My life had become all about scripted emotions; every genuine sensation was a potential scene. It came to a point where I didn’t know who I was anymore.” Hence, in 2011, Kejriwal decided to take a sabbatical in a quest to rediscover her purpose in life—touching the lives of her viewers through her work—and herself. She visited 37 small towns such as Shridham in Madhya Pradesh, Kota in Rajasthan, Etawah and Mughalsarai in Uttar Pradesh and Chandannagar in West Bengal—places her professional endeavours didn’t normally take her to—and spent a year interacting with scores of people. It was her own form of research. “I came to the conclusion that there’s a changing India out there, one I am utterly out of touch with. We are so blinded by our big city lives that we forget to stop and look around. This year off was exactly what I needed to reconnect with my emotions,” she states. It was also when her creative mind conjured up the idea of Zindagi, one that got Punit Goenka, the director and CEO of ZEEL, on board within five minutes!

Nevertheless, now Kejriwal knows that in order to escape the monotony that every job entails after a period of time, it is important to keep reinventing oneself. “I make sure to pack in short breaks. I recently went to Jodhpur with friends and family for a Sufi festival and also took a weekend off to visit my parents and brother in Hyderabad,” she says. What are her favourite TV shows, I ask. “I watch a lot of American shows for recreation—everything from Friends, How I Met Your Mother and The Big Bang Theory to Homeland, Prison Break and Grey’s Anatomy,” she tells me before adding that she plans to catch up on Game Of Thrones once Zindagi’s launch is behind her. “Buniyaad was one of my favourite Indian shows before I joined the industry. I still watch re-runs of Sarabhai vs Sarabhai with my family and catch Comedy Nights With Kapil from time to time too,” she adds.

Talks soon turn to how diffilcult it is to survive in this industry. “At the end of the day, this is a business of ideas. As long as you have a good idea, you will remain relevant,” she says. Kejriwal is quick to tout “honesty of emotions” as the main survival tool to make a career here. “It all comes down to how honest you can be. One needs to believe that one isn’t any different from the audience and stop talking down to them,” she shares. Considering her thriving career spanning nearly two decades, it is as valuable a piece of advice as any. The final proof can only come from the consumer, her audience. And as one of them myself, I couldn’t agree more.