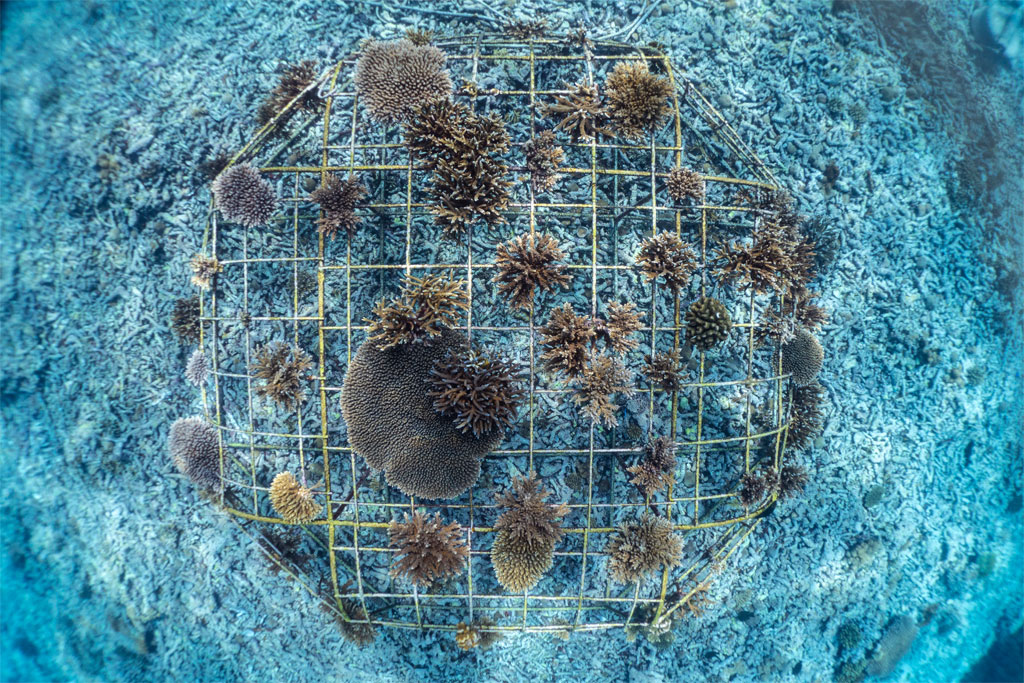 Exploration and preservation of the world’s oceans is core to Blancpain. With its almost 70-year legacy of the Fifty Fathoms diving watch, the Brand has woven close ties with the explorers, photographers, scientists, and environmentalists who treasure this precious resource. With that affinity has come a determination to support important activities and initiatives dedicated to the oceans.

For the past several years, the Blancpain Ocean Commitment (BOC) has demonstrated consistent support for oceanographic initiatives and partnerships with leading organizations, such as the Pristine Seas expeditions, Laurent Ballesta’s Gombessa project, the World Ocean Initiative organized by The Economist, and the World Oceans Day, celebrated every year at the United Nations headquarters in New York.

Blancpain was a frontrunner in backing the Pristine Seas initiative as founding partner from 2011 to 2016. Headed by National Geographic Society’s Explorer-in-Residence, Dr. Enric Sala, the Pristine Seas expeditions were dedicated to exploring and protecting the precious few remaining, truly unspoiled, wild ocean areas. The expeditions studied and filmed these areas as part of the effort to educate the public and governments on the value and uniqueness of their ecosystems, and to secure governmental pledges as well as support from local communities to protect them. The program helped in particular to protect marine areas in the United States, Chile, Gabon, Kiribati, Costa Rica, French Polynesia, the Seychelles, northern Greenland, and South America’s Patagonia region.

Laurent Ballesta’s Gombessa project focuses on studying some of the rarest, most elusive marine creatures and phenomena. Ballesta and his team use electronically controlled closed-circuit mixed gas rebreathers to reach extreme depths and bring back unique scientific data, photographs, and videos. Their activities are consistently marked by triple challenges of a technical, scientific, and artistic nature. To date, there have been five Gombessa expeditions, all underwritten by Blancpain. The first took place in the Indian Ocean in 2013 in search of the coelacanth, a prehistoric fish once thought to have become extinct 70 million years ago. The second occurred in 2014 in Fakarava, French Polynesia. The aim was to shed light on the enigmatic aggregation of the marbled groupers. For his third Gombessa expedition, Laurent Ballesta went to Antarctica in 2015 to conduct the first ever measurement of the riches harbored by this marine ecosystem threatened by global warming. In 2017, the fourth Gombessa expedition was once again conducted in Fakarava and focused on studying the hunting behavior of the estimated 700 grey reef sharks that inhabit the southern pass of the atoll. In addition to Blancpain’s regular support, this fourth mission benefited from an additional donation stemming from the sale of the first BOC limited-edition model. This fourth expedition naturally follows on the study relating to marbled groupers.

For his fifth expedition, Laurent Ballesta travelled to the Mediterranean off the French coast in order to study, photograph and reveal the still well-kept underwater secrets of this sea that remains full of mysteries. During this mission, the Gombessa team, in part thanks to an additional donation resulting from the sale of the limited-edition series of BOC II watches, achieved a world first: the association between saturation diving with scuba using closed-circuit rebreathers. This unique technique enabled the divers to rack up a total 400 hours of diving time in the course of 28 days, at depths of 60 to 145 metres.

Public awareness is essential to the achievement of such important environmental objectives. In 2013, Blancpain thus organised Oceans, an underwater photographic exhibit at the United Nations headquarters in New York during the celebration of the World Oceans Day. This presentation, featuring photographs by Edition Fifty Fathoms photographers, as well as images and videos from the Pristine Seas and Gombessa expeditions, was visited by more than 100,000 people. It paved the way for the establishment of an annual photographic contest and exhibition supported by Blancpain. 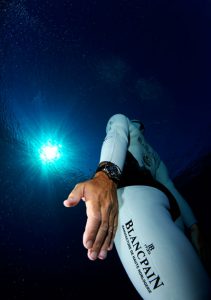 In addition to these major exploration and public awareness initiatives, the Blancpain Ocean Commitment also includes sponsoring the World Ocean Summit. As founding partner of this Summit organised by The Economist since the inaugural event in 2012, Blancpain has continuously encouraged its opening to a broader public. One of the results of this effort is The Protectors ocean film series, exclusively supported by Blancpain, which was launched in 2018 together with the expansion of the Summit into a wider and more ambitious World Ocean Initiative. Ocean: The Protectors examines the way science and radical thinking at work tackle the crisis facing the world’s seas. The series reflects the passion of those on the front line of marine biology, and tells the story of the challenges now confronting us as we explore the world’s oceans. Blancpain’s contribution to these projects is complemented by its support to the Hans Hass Fifty Fathoms Award, which acknowledges excellence in marine sciences, underwater imagery, and underwater technical innovation. Since 2007, the brand also partners with world freediving champion, Gianluca Genoni. With Blancpain’s support, Genoni has set multiple records and conducts awareness actions, as well as making fundamental contributions to medical science with experiments at high elevations, under the ice and in the sea.

These long-standing partnerships have been recently complemented by new initiatives. In 2018, Blancpain launched an experimental coral restoration project on Fregate Island in collaboration with Fregate Island Private and Coralive.org. In 2020, the Manufacture has supported a first mission conducted by the Mokarran Protection Society environmental association intended to observe the behaviour of the great hammerhead shark in the wild in order to identify and count its population in Polynesian waters. Marc A. Hayek, President & CEO of Blancpain, took part in this mission as a volunteer underwater videographer. Moreover, Blancpain has dedicated to the Mokarran Protection Society a diver’s watch issued in a 50-piece special series. An amount of $1,000 is donated to the association for the sale of each watch, implying a total of $50,000 added to the Brand’s regular contributions.

To date, the multiple activities passionately pursued by Blancpain in support of exploring and preserving the oceans have led to tangible results, notably contributing to doubling the surface of marine protected areas around the world, with an addition of more than four million km2. 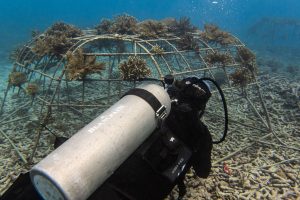 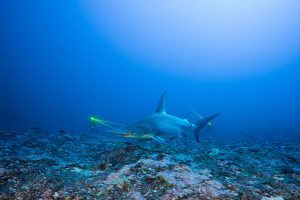 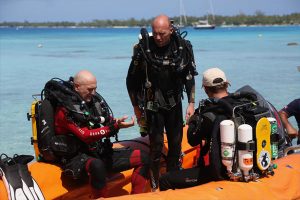 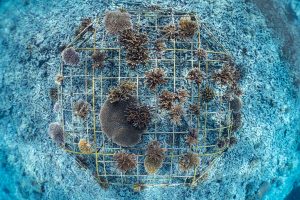 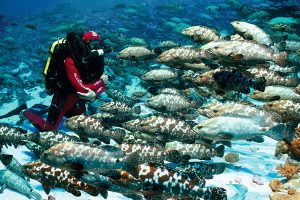 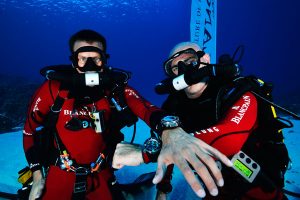 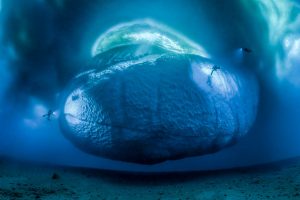 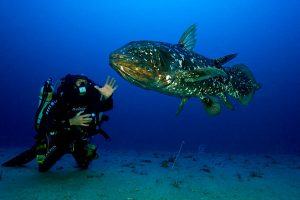 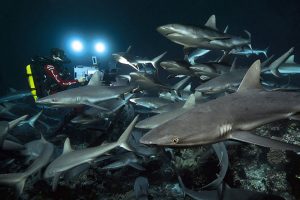