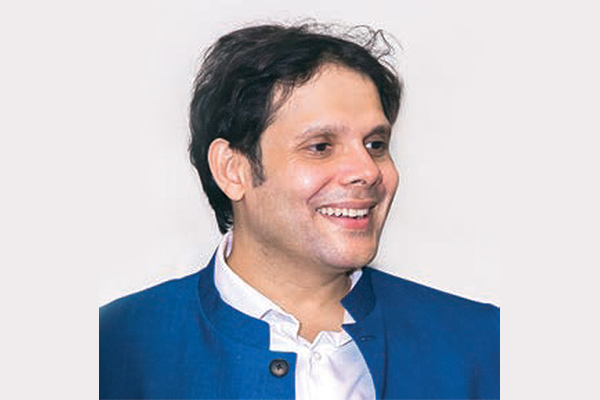 Tushar Jiwarajka’s Volte Art Projects celebrated its 10th anniversary recently with a showcasing of art exhibits by Volte’s stellar artists, together with artworks from London-based art studio, Based Upon.

The Indian art horizon is definitely broadening, and Tushar Jiwarajka has every reason to be proud. It’s barely 10 years since he founded Volte Art Projects and Volte Gallery (now located in Worli, Mumbai) and Volte already has earned the distinction of being one of the most significant art initiatives of the subcontinent. It specialises in contemporary art and represents established South Asian and international artists who epitomise the face of contemporary art. It also represents some of the country’s most influential contemporary artists such as Nalini Malani, Sheba Chhachhi and Ranbir Kaleka. 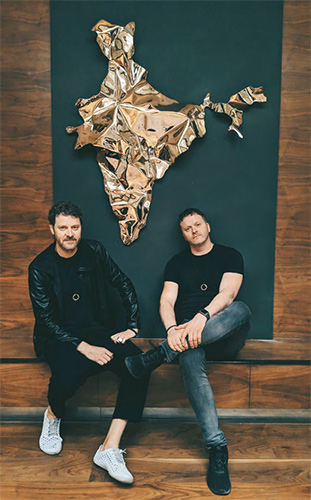 Volte initially functioned as a traditional art gallery, hosting regular exhibitions, but changed tack along the way to organise just a few but highly impactful projects every year, by partnering with various spaces, museums and institutions. And the results are for all to see. Volte has been instrumental in bringing several big names from the world of art to India within a few years like William Kentridge, James Turrell, Wim Delvoye and Francesco Clemente and very recently London-based art studio Based Upon as well, on the occasion of Volte Art Projects’ 10th anniversary. 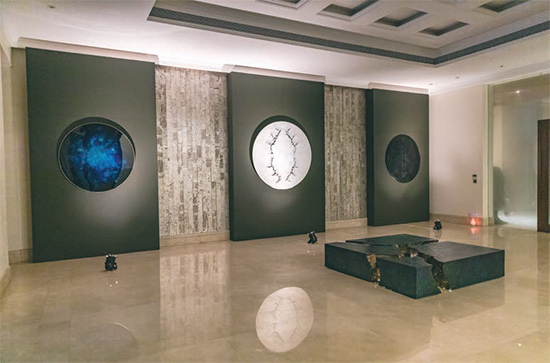 Based Upon, founded by brothers Ian and Richard Abell, creates art pieces that tell stories of a client’s life—something that is important, sentimental or meaningful to them—building upon narratives and histories to create bespoke artworks, at its atelier in London. As world leaders of commissioned artworks, their creations have graced the collections of renowned business houses globally, including Tiffany & Co, HSBC and Rolls-Royce. In India, as representatives of Based Upon, Volte has commissioned works for the Ambanis, Jindals, Kiran Nadar and other prominent Indian families and corporate houses. 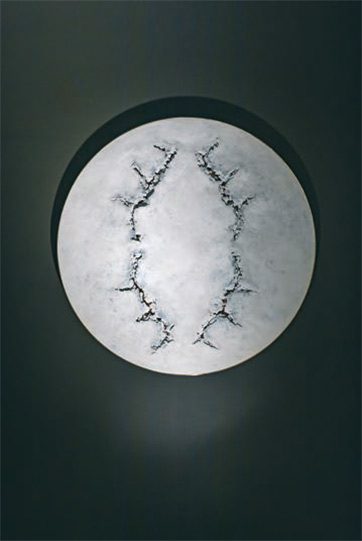 Artwork from Based Upon titled ‘Beginning’

Brothers Ian and Richard Abell were in Mumbai this April to be a part of Volte Art Projects’ 10th anniversary celebrations at the iconic Taraporewala Mansion, a beautiful heritage bungalow at Cuffe Parade in Mumbai. The event also marked the opening of Based Upon’s show ‘Birth of Tramazite’, with artworks from the collection on display. Among the attendees were leading corporate personalities, HNIs, artists and gallerists. 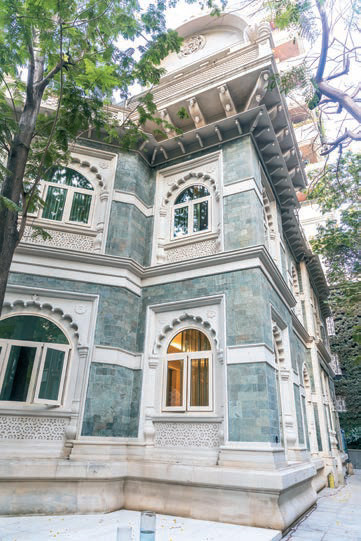 The evening started off with a conversation between Ian Abell and Tushar Jiwarajka. This was followed by a walk around to see art exhibits by Volte’s stellar artists and creations from the ‘Birth of Tramazite’ collection, to the accompaniment of cocktails, a flying buffet of gourmet cuisine and music. Also among the evening’s highlights was an introduction to the iconic venue, the Taraporewala Mansion, a spectacularly restored heritage bungalow, which was home to writer Mulk Raj Anand for over five decades from 1946. The mansion’s elegant domes and intricate stonework make it one of the few remaining examples of Indo-Saracenic architecture in Mumbai and is quite a draw by itself.