Meet Sandeep Bardia, the chairman of JITO Angel Network Investment Committee, who has embarked upon a two-pronged mission to nurture Jain and Marwari start-ups and also popularise them among traditional Jain and Marwari businessmen as the next big investment opportunity. 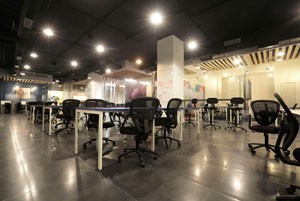 The Jains and Marwaris HAVE BEEN TWO of India’s most successful business communities and continue to be, with hundreds of ambitious youngsters making their foray into the world of enterprise every year. Considering their predilection for business, they are eager to make their mark in the world of enterprise, through either established family businesses or start-ups which seem to be the latest buzz in investor circles, given increasing instances of start-ups going on to become big-time businesses. Add to these the fact that as successful entrepreneurs, Jains and Marwaris hold tremendous investment potential, and the rising number of angel investors makes sense. Among them is Sandeep Bardia, the chairman of JITO Angel Network Investment Committee, an MBA from Rochester Institute of Technology, New York, who has earlier worked on Wall Street as a fund manager, before moving back to India in 2005. Bardia has his roots in Sardarshahar, Rajasthan and is currently based in New Delhi. Asked about JITO Angel Network and its functions, he says, “JITO Angel Network is one of the largest and fastest growing angel investment networks in the country that aims to provide a new asset class to traditional Marwari Jain investors: start-ups. It invests in start-ups across all sectors and stages.” Bardia’s responsibilities, as the chairman of JITO Angel Network Investment Committee, include overseeing all investing activity and also mentoring start-ups.

For those uninitiated, angel investors (or angel funders) are affluent individuals who help newly developing businesses with capital, usually in exchange for ownership equity in the company or convertible debt. Angel investors may operate individually, or function as networks/groups to share research, pool funds and even provide advice and means to jump-start the performance of incubatees/start-ups. JITO Angel Network falls in the latter category.

“As India has become home to numerous successful  billion-dollar companies, Jain investors, who traditionally have restricted their investments to regular asset classes like real estate, gold, equities, etc, are now eyeing lucrative investment opportunities in new age businesses,” Bardia explains. To facilitate this, JITO Angel Network was founded in 2017, given its ability to connect start-ups with the huge Jain business community, which has presence across all major industries.

A bright outlook for future JITO Angel Network, incidentally, is a part of Jain International Trade Organisation, or JITO, which is a unique, multi-stakeholder community of visionary Jain industrialists, businessmen and professionals, including the likes of Motilal Oswal of Motilal Oswal Financial Services Ltd, Prasan Jain of Sugal & Damani and others. JITO members share a commitment to shape the future of the Jain community and society at large, having envisaged many projects under its core objectives of economic empowerment, knowledge and service, apart from a wide range of community programmes spanning such areas as education, health care, community development, business networking, angel investment and incubation.

Consequently, JITO Angel Network enjoys considerable advantage compared to other angel networks, which explains Bardia’s positive outlook for the future. “We are a 200-member angel network that is rapidly growing and is poised to overtake other leading angel networks in the country,” he says. “From the perspectives of net worth and investible assets of our members, we may be considered one of India’s largest and most affluent angel networks. Also, no one understands business and Indian markets better than Jains and Marwaris, and hence, JITO Angel Network is a preferred partner for start-ups.”

Apart from angel investments, JITO has also set up an 8,500 sq ft incubation centre in Mumbai, to foster entrepreneurship among Jain entrepreneurs. It provides free office space, mentorship and networking/funding opportunities to promising entrepreneurs from the community. So far it has incubated around 13 start-ups and has invested (or is in the process of investing) in 10 start-ups. Among its incubatee companies are Chalo (formerly Zophop), Onnbikes, Sun Telematics, Cupshup, Magnes Motors, etc. These apart, several of its members have cumulatively invested in more than 100 prominent start-ups in their personal capacities, prior to the founding of JITO Angel Network.

Considering the lack of awareness about start-ups as a new assert class among traditional Jain and Marwari businessmen, JITO Angel Network has also been trying to increase awareness about them, both from an investment perspective as well as working with start-ups as a customer or supplier. It has conducted several investor events/pitches towards this already, to which the response has been very encouraging.

Besides, the network also is in the process of setting up its own fund to facilitate investment in its portfolio of incubatee companies, with several Jain businessmen having already committed investment in it.

A businessman in his own right

He also is a very active early stage investor and has invested in and advised more than 15 start-ups in North America and India.

Coming back to JITO Angel Network, Bardia’s vision is to make it the largest and most successful angel network in the country, with a global presence.

What the future will bring remains to be seen, but Bardia’s endeavours seem like a step in the right direction for the Jain and Marwari business communities given India’s ever-changing investor landscape and today’s Internet age which is slowly but surely pushing traditionalism out.