Home People Marwar & I An Eye for Vintage Treasures 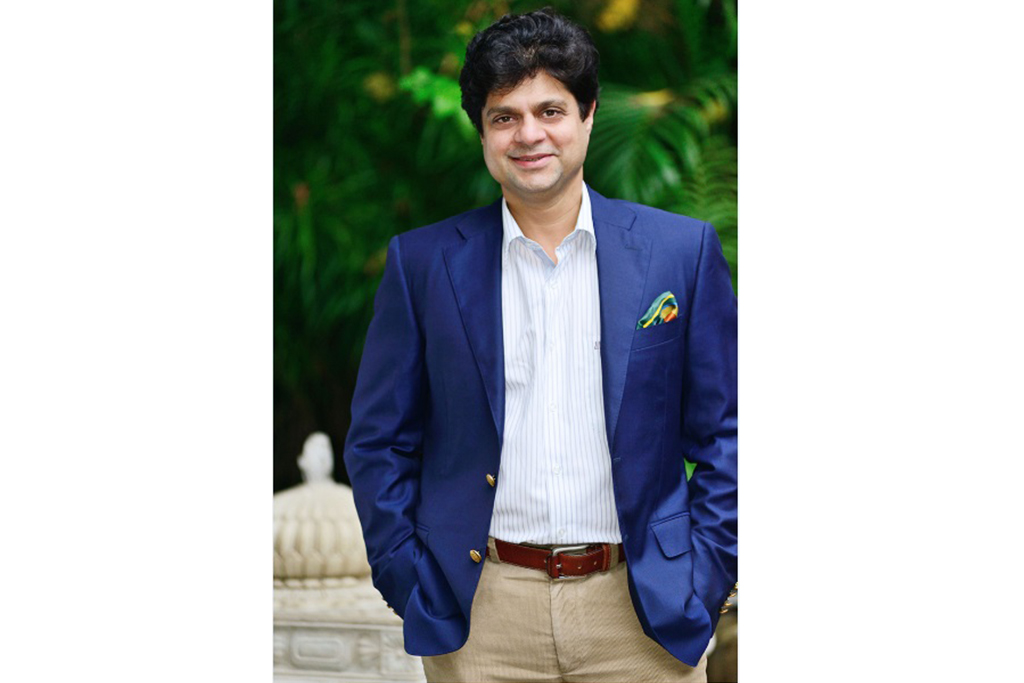 They say that people who can turn their passions into a career are amongst the luckiest in the world. I guess this is very true and I have come to appreciate this fact as the last 25 years have rolled by. Having built my life around the things that I love—art, design, architecture, literature, academics, and of course, travel—a deep sense of satisfaction surrounds me. And interestingly it all wraps up as part of my being a businessman, that one aspect of Marwari culture that I have not been willing to give up! 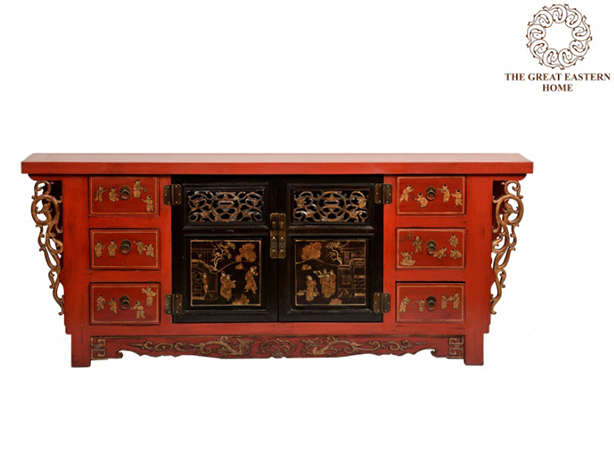 A console from The Great Eastern Home

The years of growing up in a Marwari family in Bombay (now Mumbai), with a heavy Kolkata legacy on my shoulders and the expected future of following unquestioningly in

the traditional family business brought me to a crossroads, and the early years were ones of unease infused with a pervading sense of bewilderment. What was I to do with all my interests on the one hand and the beckoning expectations on the other? I was lucky to have very educated and broad-minded parents with art, reading and travel as part of my daily existence. Yet ‘tradition’ lay heavy on all our shoulders, because the tremendous richness of what we had at home had its own blinkered expectations. Whilst such expectations were never explicitly stated, they hovered in the air during all those ‘growing up’ years. Growing up in a Marwari home, inadvertently meant—or at least in those years it did—that one would not step out of line, one would happily (or at least quietly) get yoked to the trodden paths. 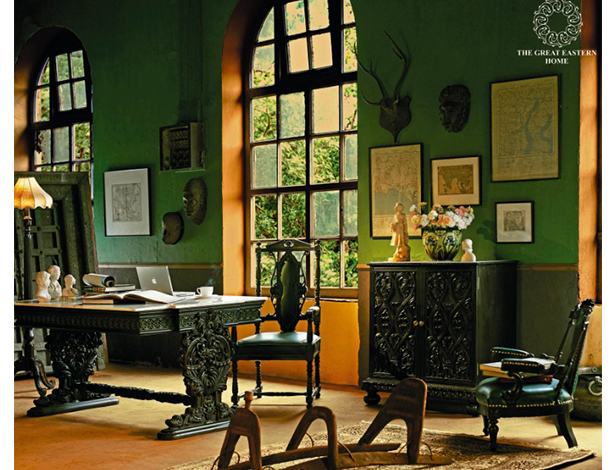 Inside The Great Eastern Home

Most Marwari families have deep connections with traditions and with Rajasthan. The Marwari way of life is a rather tight circle and has so much to offer in its richness. Though much of the visits to Rajasthan that connected me with the state during my formative years were of the rare, touristy type, where the land and the monuments seemed exotic, the influences were all around me—the language, the customs, the ceremonies, family friends… the very course of life to be followed ahead seemed to be preordained. Any deviation from the mundane and well trodden path would run you up against high walls of resistance—from the family, from the society at large and from the tradition itself. Therefore, interestingly, while the exposure I received, the books I devoured and the extensive travels I undertook with the family all enriched me, they came from the privileges derived from following the same traditions that had little love for a future based on these very enrichments. I was immensely grateful to these traditions for thus nourishing me, but at the same time I sensed, rather early, that I would have to carefully balance many aspects of my life. Even with the growing realisation that I would need to step out, I never for a moment wanted to completely let go. And I knew that I loved being part of these traditions after all—the food, the rituals, the colours, the closeness of the community, its general privileges and warmth.

And I knew that I loved being part of these traditions after all—the food, the rituals, the colours, the closeness of the community, its general privileges and warmth

From MBA to art 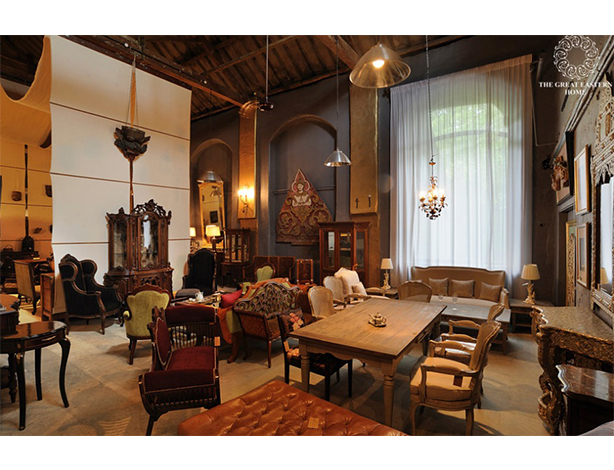 Interiors of The Great Eastern Home

It was only by the time I finished my BCom that I realised I had to deviate from the MBA route and do something more imaginative and then see what lay ahead. My intense passion helped me break out and I set off for the United States to do my master’s degree in English literature. The intention was to return after my studies at Harvard and Northeastern universities, join the family business, be grateful for the two years away which seemed my very own, and resign to the ‘expected’. But then that was not enough! While it was difficult to turn my literature studies into any kind of profession, my interest in art and design made me start a lifestyle store in Bombay (probably India’s first, considering this was when we were all vague about such words as ‘lifestyle’). What began as a hobby, enthusiastically encouraged by the family to keep me happy—they saw it as a quirk on my part—slowly became the path I have continued to walk down since then. The first lifestyle store led to more such experiments, followed by shows, the setting up of an art gallery during the boom years, art shows in London and Delhi, and more, leading to the birth of my present brands—The Great Eastern Home, Ficus Fine Living and the art gallery, Nine Fish. Each is different from the other and each fulfils a particular aesthetic that I wish to practise as a designer, or as a curator.

Simultaneously, I also wanted to keep my interests in literature and academics alive. I did my master’s in economics and then a PhD in literature, followed by a postgraduate diploma in aesthetics. For many years I remained involved with my family-run college in Jaipur, Kanoria College, and with various other institutions as a guest lecturer, giving talks on literature and design, besides guiding students pursuing their master’s degree at the National Institute of Design (NID) from time to time. It was at this stage of my life that I came to really and beautifully reconnect with Rajasthan. I began to spend a lot of time in Jaipur with the administration of the college, and during those trips began to travel and explore the state extensively. In a strange and beautiful way it was like coming home, of touching base, of understanding so much of myself and where I came from. I realised that one can travel to the edges of the world, but not far from one’s core. 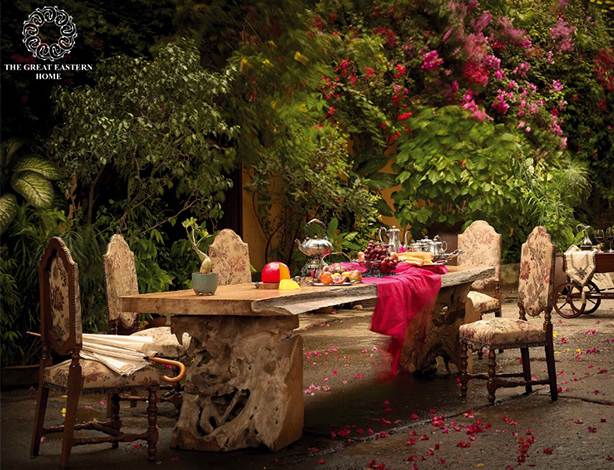 A country dining set from The Great Eastern Home

For me, the most cherished part of my business is the procurement process, because we source from a variety of places. Travel! How wonderful and sublime the activity! The sheer joy of travel and love for my work has taken me to the strangest of places. There I was in Libya, hunting for furniture in Tripoli, escorted by boy soldiers in the midst of a raging civil war; in Yemen, walking through the old city, dressed like an Arab to avoid attracting attention; in Congo, driving through the devastated city of Goma, under the protection of the local warlord; in Eritrea, travelling to the borders of war zones and being held hostage for a few hours; hitchhiking aimlessly through Madagascar for weeks; driving through the Chambal recklessly; camping on a deserted beach in Fiji; spending time with quirky, idiosyncratic folk—all triggered by a driving wanderlust. In short, travel has and continues to be a deep component of my life. 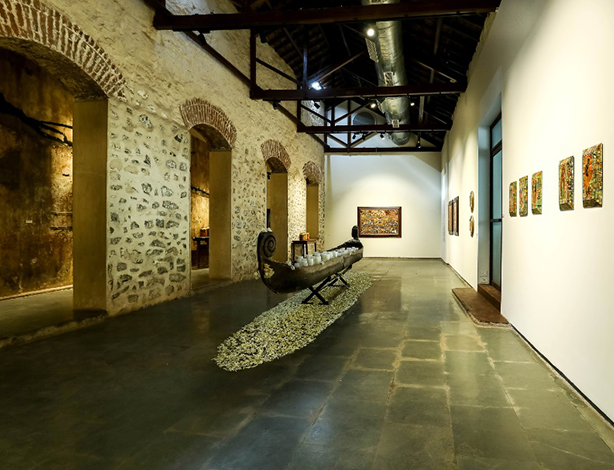 A friend of mine summed me up by sending me a quote by Friedrich Nietzsche, a German philosopher: “And those who were seen dancing were thought to be insane by those who could not hear the music.” I have never travelled to get to any place to click smiling pictures in front of touristy places. Travel for me has been an end in itself, an art, a way of life. Things like hitch-hiking and backpacking aimlessly across Madagascar, or driving for days across the Sahara have held unusual attraction and charm for me that tourist hotspots have never managed to do. I guess, as in life in general, here too, I have been moving on with no ultimate goal or destination—just the process, the fixation of moving on, just ‘being’ and the moments of joy that one springs upon are what have mattered to me. Who knows where it will all take me, but then that too is fine with me, I suppose.

When issues like global warming has the world huddled together for solutions, Aditya and Pratik Dalmia’s growing plastic recycling business currently recovers and recycles nearly one billion bottles annually. Read about the Dalmias by subscribing to Marwar. ... See MoreSee Less