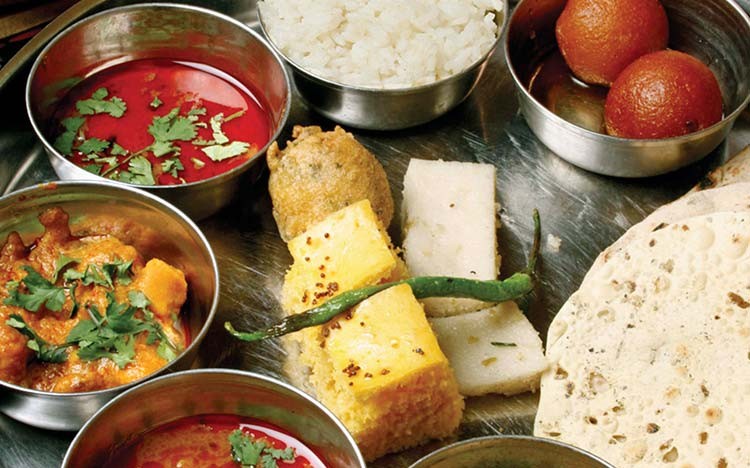 A meal in an Indian household has a few mandatory things: it has to be wholesome, nutritious and combine all flavour components. This philosophy is based on Ayurveda and historically rooted in the Vedic period. An extension to this is the staple at most Indian restaurants—the thali. As to the beginning of the thali, as we know it, there are many theories. According to one, it is an imitation of the food platter served to Hindu deities. Another states that it is a result of social hierarchy, where the more affluent could afford more than two-three dishes at each meal. But the most popular theory is of an Ayurvedic food pyramid where taste and wellness are balanced. This also puts focus on the seasonality of produce and their impact on human health.

When it comes to thalis, the two regions that have mastered the art are Gujarat and Rajasthan. These two states, single-handedly, have managed to put thalis on the global culinary map. The perfect combination of sweet, spicy, baked, fried, steamed and savoury preparations ensures that there is something for every palate. There is also a touch of festivity and vibrancy in the thalis from these regions attracting more purveyors.

Rise, fall and rise
In addition, there is the matter of convenience. All the dishes are presented in one go, on a circular plate, and it is up to the eater to pick and choose the combination to go with the staple carbohydrate. It is one of the reasons why thalis became a popular choice for food vendors in the early twentieth century. 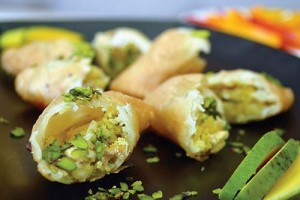 But there has been a slump in recent times, with thali restaurants relegated to being niches. A lot has to do with the changing perception of food in the country. Curiosity and interest in international cuisines is one reason for the lack of enthusiasm. There is also the health factor—a long-standing grudge against Indian food is that it is too rich, too spicy and, therefore, unhealthy. And while the thali is unique to India, there has been little or no innovation. “In the Instagram world, you will be able to spot the entire thali, which more or less is the same everywhere. However, the best dish gets hidden in the clutter and cannot be highlighted,” says Marzy Parakh, co-founder of Mumbai-based The Bombay Havelli.

The silver lining in the situation is a thali’s ability to bring a family together over elaborate platters. Also, the fact remains that however much a culinary globetrotter an Indian is nothing satiates the stomach like desi food. Aji Nair, chief operating officer, F&B Division, Mirah Hospitality says, “The thali is also gaining an audience beyond the Indian diaspora. We now have a large number of internal target groups who prefer the Indian thali as a meal.” There is also a rising curiosity about thalis in the international gourmet space. Tourists, hence, are another big target audience.

Over the years, in keeping with evolution, hole-in-the-wall establishments offering sustenance to workers have become full-fledged restaurants that cater only to people who want to devour the perfect ensemble of Indian food. The popularity is such that even à la carte restaurants specialising in Indian food have made space for the thali.

True value
To pin a more tangible reason for the success of thalis is
the value proposition. Most popular thali-only restaurants run on an unlimited basis, where you can eat as much as
you want. Kamlesh Barot, the brain behind the original Rajdhani brand, explains, “The entire meal is served at one go, and on an average there are 44-odd dishes, at a fixed price. So a diner has all the options he/she wants, which works better than ordering à la carte.” Barot, who now runs Revival (restaurant) in Mumbai and Dubai, adds that for corporate clients who do not want to splurge, thali restaurants have become a go-to option.

For a restaurateur, the business is also value driven. A thali restaurant works on the basis of a quick turnover, similar to quick service restaurants. Food costs in the restaurant business are the highest and with all that bulk cooking, if the turnaround time for a table is not fast enough, profits will be a long shot. “Footfalls are very crucial for the success of a thali restaurant,” explains Barot.

The rush is an annoyance and the experience is not always a relaxed one. Barot, a veteran restaurateur, wanted to offer the best of both à la carte and thali in his restaurants. That is why he has evolved a combo concept that allows guests to experience a thali without ordering the entire array of dishes, and at the same time, pick some of the best à la carte dishes that aren’t part of it.

The thali could do with some contemporary sprucing up, but at the end of the day, it will continue to have a hallowed place in Indian restaurants. All hail the thali!