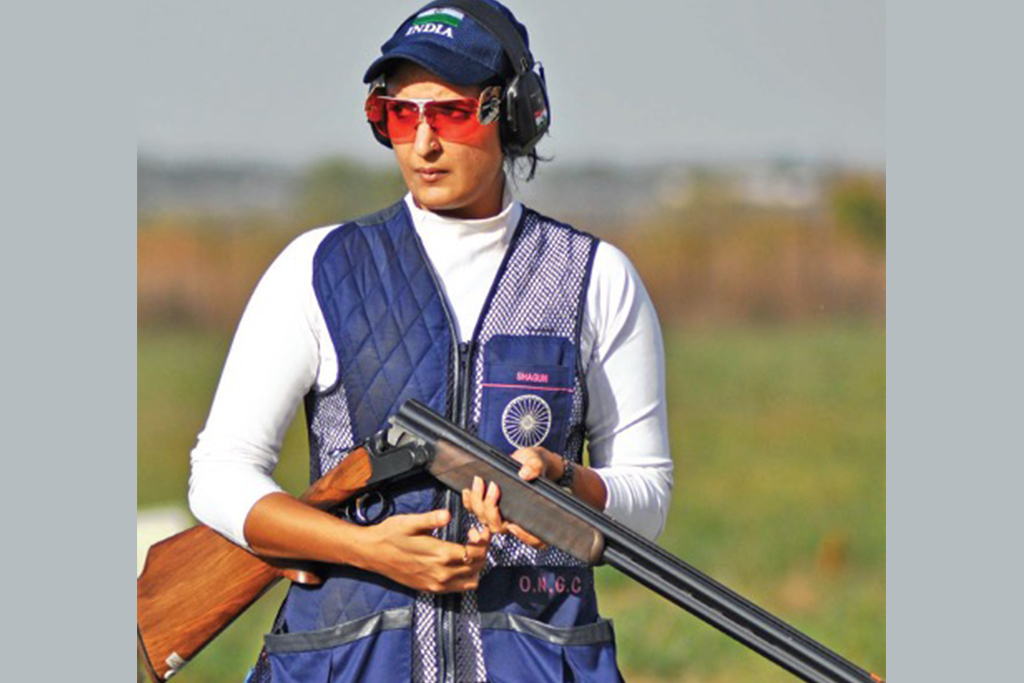 As a sport, trap shooting may be very appealing visually, but it has not gained popularity in India. For those uninitiated, trap shooting derives its name from an event designed to improve the shooting skills of marksmen, which involved shooting pigeons as soon as they were released from their cages or ‘traps’. The shooter would call for the pigeon saying “Pull”, whereupon the pigeon would be released and he would then shoot it down with his shotgun. Adopted as a sport later, the live pigeons were replaced by fluorescent orange coloured saucer-shaped disks, or “clay pigeons”, which were loaded on to a machine and released at a speed of 100 km/hr in any random direction, with the shooter having to shoot them in just two shots. The sport, needless to say, requires great reflexes and perfect hand-eye coordination, as the speed of the target is very high and the direction is unknown. The reaction time between the release of the target and shooting it down is less than a second. It is in this challenging sport that Shagun Chowdhary chose to excel. 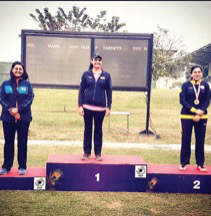 Shagun Chowdhary after being crowned National Champion in Delhi

“My tryst with clay pigeon shooting happened at the age of three, when I used to accompany my father to the Thunderbolt Shooting Range in Bikaner,” says Shagun, who hails from an agricultural family in Rajasthan that owns citrus orchards in Sri Ganganagar and Jaipur. Though she had been inclined towards various sports right from her school days, having even risen to the national level as a swimmer, trapshooting was what she had sensed was waiting to happen. Her father, Sushil Chowdhary, had the good fortune of learning the sport under the able guidance of Maharaja Dr Karni Singhji of Bikaner, and as he would learn and practise with him, young Shagun, carrying a toy gun, would witness the lessons, and in the process she picked up the basics of the sport.

As she grew up, on her father’s insistence and encouragement, Shagun gradually ventured into the sport, starting with air rifles and air pistols; because in the ‘90s, there were no shotgun ranges in Jaipur. Later, as she got into trap shooting, new challenges presented themselves. The first was the realisation that she was the only girl in the field. The second was that there were no coaches to train her beyond what young enthusiastic learners like her usually learnt from their fathers and elders. Luckily for her, her father never stopped believing in her abilities and continued to invest time in her, taking her around the world to find a suitable coach for her, and this Shagun says boosted her confidence to pursue the sport.

However, more challenges lay ahead. Trap shooting had seemed easy and fun as long as she was looking at it as a hobby, but when she started competing, things changed. “Since there were no women in the fray, nobody took me seriously, and every good score was looked at more like a fluke, because at the end of the day, clay pigeon shooting was an inherently male-dominated sport,” says Shagun It took sheer perseverance and determination on her part to overcome these gender biases. Further, she being the only girl in the field, there was nobody for her to idolise— someone whom she could cite as an example of having made a future in trapshooting, despite being a girl. All this would fill her mind with doubt—she would find herself questioning her involvement and investment in the sport given the societal perception that to pursue trap shooting held no financial security or future and thus she was just wasting her time. “But I didn’t give up,” says Shagun “If nobody had done it before, why couldn’t I be the first? With that thought and mindset, I would show up at the range each day and practice and keep practising.” 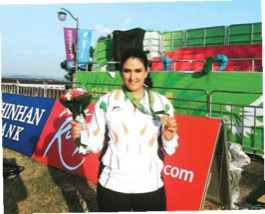 Shagun Chowdhary after her medal-winning performance at the Asian Games in Incheon, South Korea in 2014

The sweet taste of success

And then one day the moment of truth was upon her. It was 2003 and Delhi was hosting the Asian Clay Shooting Championship. Shagun, who was into Double Trap at the time, was put in the Indian team. It being her very first international competition, her entire family, including her grandparents, had turned up to watch her compete. Though nobody had very high expectations, Shagun went on to defeat her Chinese opponent to pick up the Individual Bronze medal for India. Reminiscing, Shagun says, “It was truly a life changing moment, as I had regained the confidence of being a part of this sport.”

There was no looking back after that for her. The success spurred Shagun on to set her sights higher and eye the Olympic Games next. However, disappointment awaited her. Soon after the 2004 Athens Olympics, the International Olympic Committee decided to remove the Women’s Double Trap event from the Olympic Games. This forced Shagun to switch from ‘Double Trap’ to ‘Trap’ in 2005. Three years later she swung right back picking up her first international individual medal when Jaipur was hosting the Asian Shotgun Championship in 2008. The victory rekindled her hopes of making it to the Olympics once again.

To be a part of the Olympics is every sportsperson’s dream, and this dream came true for Shagun at the World Championships in Belgrade (Serbia) in 2011, when she became the first woman from India to win an Olympic quota in clay pigeon shooting. It secured her participation, in the 2012 Summer Olympics in London. Looking back, Shagun says, “My Italian coach, Marcello Dradi, my sports psychologist Vaibhav Agashe and my father and his unflinching support helped me achieve that milestone in my life.” 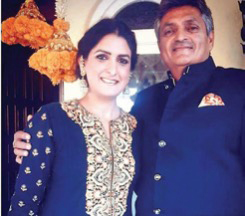 Asked about other glorious moments of her career, Shagun says, “I have won numerous medals in the international circuit, including a Bronze at the Asian Games in Incheon (South Korea), in 2014. Also, I am the current National Games Champion and have been the national champion several times.”

Though the ongoing Covid-19 pandemic has stymied Shagun’s plans of taking part in competitions, she makes it a point to keep in touch with the sport by training and hoping that soon the season will open up for competitions. Besides practising, she has been keeping herself busy at the family orchard where organic kinnows are grown. Also, she’s been working towards water conservation in the area and working at employing as many women as possible on the property, to generate income for them and help them become self-sufficient. Shagun, however, attributes all these efforts to remain gainfully occupied to her sport, which she says teaches one to be disciplined. And disciplined and motivated she is, for sure.