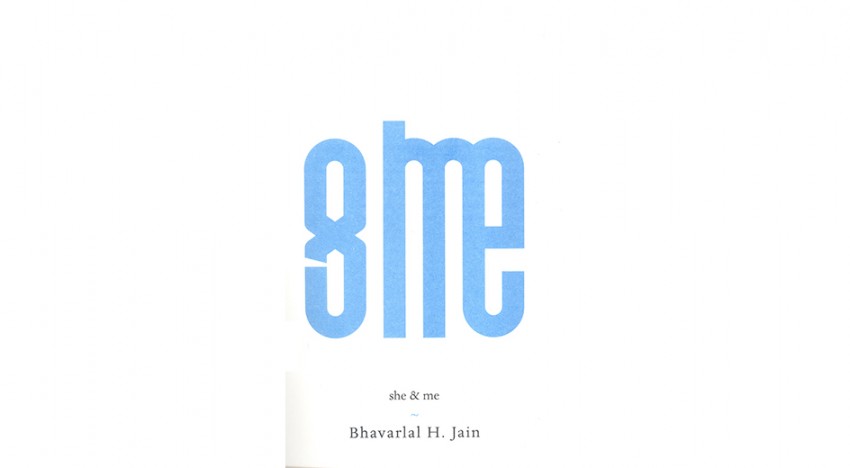 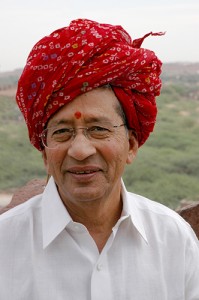 The loveliness of the tale of She & Me lies in its simple expressions. The narrative is endearing in its earnestness and appealing in its honesty. While one might fault it for being prosaic, there can be no argument that this simply-told memoir of a loving wife, whose endeavours realised a blissful marriage, is more than a mere account of a person, of years, of anecdotes. It is a celebration of the worthiness of trust and commitment in matrimony and the value of sanskaar.

In She & Me, the English version of Marathi bestseller Ti Ani Mi, Bhavarlal H Jain, one of India’s most successful Marwari entrepreneurs, deftly weaves a commentary on marriage and allied social customs into what he describes is an “honest and heartfelt effort to sketch the character of a simple, unassuming and highly virtuous person”. In several pages, the detailed expositions on marriage are homilies that one would have been sermonised or heard in passing. However, the author’s belief in their virtues shines through and turns what could have been banal sermons into inspiring ideals. As he recounts the journey of his life with Kantabai, the author pays tribute to an extraordinary woman whose devotion and poise inspired high esteem and kept steady the dynamics of the joint family life. The narrative exudes a deep appreciation for the equanimity with which Kantabai essayed the roles of a daughter-in-law and a mother, even as she encouraged her husband to realise his dreams and “make history”.

The book, while exemplifying an idyllic married life, is also forthright in its censure of modern-day marriages, where “life’s voyage is reduced to a frenzied race for material comforts… a race that will inevitably end up in a ruinous marriage”. The portrayal of Kantabai—the “moving spirit of the story”—as an ideal partner in a “journey of thoughts, ideas and adjustments” is warm and adoring. The reader empathises with the author’s cynicism about contemporary views that look upon marriages as contracts of convenience and opportunistic memorandums of understanding. The author’s mantra of ideal domesticity is summed up in his remark (that) “Many couples who walk on the path of life aimlessly just travel the distance, arriving nowhere and achieving nothing at the end of it… But those couples who have common lofty motives and who walk hand in hand with discipline and restraint do succeed in creating an idyllic married life.”

The author feels that since neither birth nor death are in our hands, each person must do his or her best to make a marriage work. “A marriage… binds two souls together and plants the seed of the procreation of our universe” he explains.

As noteworthy moments in the marriage play out on the pages of the book, meandering between the then and the now, the story also traces the author’s rise from a small-time kerosene dealer to the head of one of India’s largest conglomerates. And, albeit the book is nostalgic about “the good old days and the good old customs”, nowhere is the social order of the past glorified; there is instead a distinct disapproval of “heartless, rigid customs” and an “intimidating social milieu”. Also interesting is the use of contemporary corporate terms such as ‘due diligence’, alluding to the custom of examining a to-be-bride’s antecedents.

What is refreshing in this book, is the author’s take on the age-old dowry system. As he gently puts forward his point of view, he tells his mother: “Should we not be more considerate and think beyond the confines of dowry?” His sense of righteousness is as strong as his sense of self-respect and belief in himself. When he tells her that he is capable of earning millions without resorting to the “base system” of dowry, she acknowledges she had till then been blind to traditions.

The cover sets the tone of the book— unpretentious yet poignant. The words ‘She’ and ‘Me’ seem to blend into one another, just like the author’s existence was merged with that of his wife, Kantabai. According to the author, that’s exactly what makes a marriage work—the transformation from me and mine to us and ours. She & Me is like its cover—simple yet striking and, contrary to the popular idiom, can be judged entirely by it.