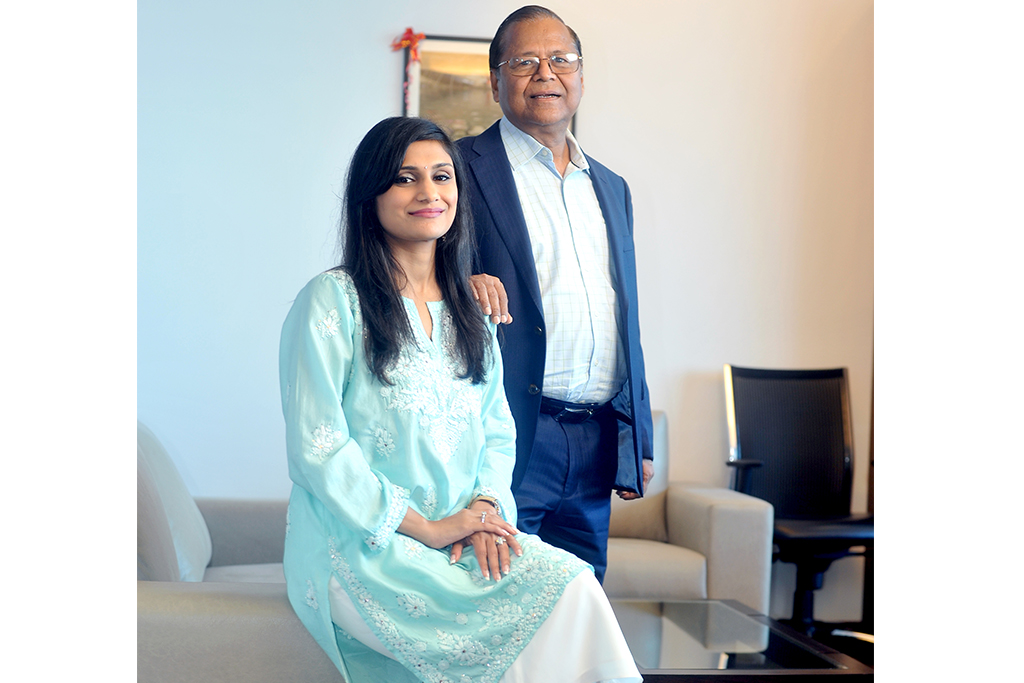 Though Vinod Saraf always dreamt of having his own business, he had no inkling that one day he would be helming a billion dollar enterprise. Born in 1952, in a lower middle-class home in Fatehpur, Rajasthan, unlike more fortunate Marwaris, there was no family business to roll out the red carpet for him when he came of age. For the founder and chief architect of Vinati Organics Limited, a B2B speciality chemicals business that commands a worldwide market, success today seems like an irreversible reaction to his unique mix of ambition, entrepreneurial skills and industry, not to forget the invaluable contributions of his business savvy daughter, Vinati Saraf Mutreja, after whom the business is named. His younger daughter, Viral Saraf Mittal, also is a part of the management at Vinati Organics. 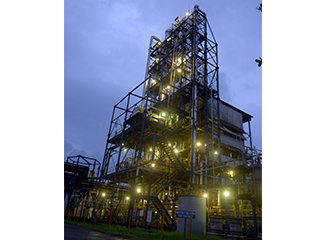 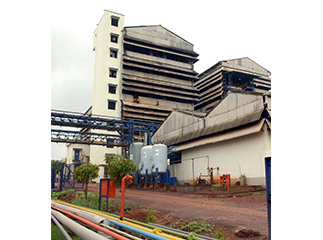 As Vinod Saraf and daughter Vinati start talking about Vinati Organics’ three-decade journey, Vinod Saraf takes us back to his college days. Academically brilliant, by the time he was 19, he was armed with an MBA from BITS Pilani—he graduated with a gold medal—and this gave him a head start in life, having landed a job as a management trainee at the LNJ Bhilwara Group, no sooner had he graduated. Some five years later, quitting LNJ together with Hari Singh Ranka, the executive director of the LNJ plant where he worked, he joined a new spinning unit founded by Ranka, as general manager. Seven years later, he left Ranka also, this time to join the Aditya Birla Group in Bombay (now Mumbai) in March 1984.

Our biggest advantage is cost and efficiency. Efficiency leads to cost advantage and quality and that is where we score.

“Aditya Birla was a total change for me,” says Vinod Saraf. “So far I had experience in spinning mills only, but here I had joined Grasim as vice president to look after their sponge iron project, which they were putting up at the time.” The project suffered delays, however, and this led to Saraf looking after the group’s chemical projects. Meanwhile, he became instrumental in getting the Aditya Birla Group selected as a joint venture partner for Hindustan Petroleum Corporation’s upcoming refinery, whereupon he was appointed ‘Managing Director-Finance and Administration’ of the newly-formed Mangalore Refinery and Petrochemicals Ltd (MRPL). 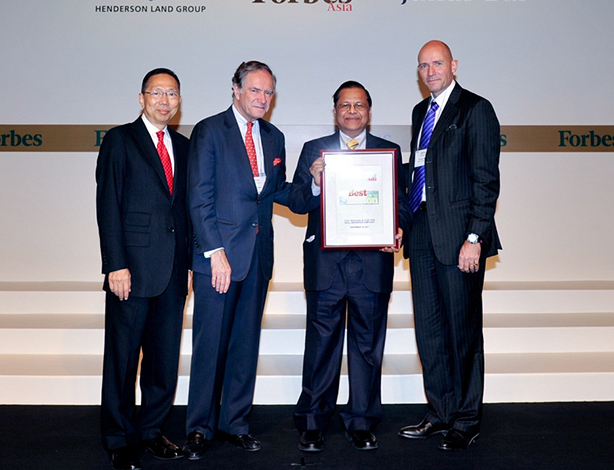 During his MRPL days, Saraf would meet a lot of technology suppliers and one of them was a French R&D organisation called Institut Français du Pétrole (IFP), which had developed a technology for manufacturing isobutyl benzene (IBB). IBB being a speciality chemical that is the main intermediate for the bulk drug ibuprofen, it held good business prospects, leading Saraf to contemplate starting an IBB plant. “In India, there were a lot of ibuprofen manufacturers, but not a single manufacturer of isobutyl benzene,” says Saraf. Moreover, the IFP technology was for sale and it came with a performance guarantee, which minimised risk.

The problem, however, was he had money for neither the technology nor the plant, which was estimated at 14 crore rupees. But he was undeterred. An initial boost came by way of Maharashtra Petrochemical Corporation Limited (MPCL) agreeing to a 26 per cent equity partnership. To organise the remaining funds, he got his newly founded company (Vinati Organics) listed, took loans from banks and scrambled the rest together from personal savings and borrowings from family and friends. With that he gave up his high profile job at Aditya Birla (in 1990) and started work on his plant at Mahad.

In India, there were a lot of ibuprofen manufacturers, but not a single manufacturer of isobutyl benzene.

Being an import substitute, IBB was a success from the get go! “Right from Day 1 we were making money,” says Saraf. Over the next decade, both production and profits soared. “Our original capacity was 1,200 tonnes, but by 2001 we were making 6-7,000 tonnes as the world’s largest manufacturers, so we were looking at diversifying,”adds Saraf’s daughter, Vinati Saraf Mutreja. And then, things improved further in 2006-7, when the Sarafs got a large contract from the biggest user of ibuprofen in the USA.

Emboldened by IBB’s success, the Sarafs diversified to ‘2-Acrylamido 2 Methylpropane Sulfonic Acid’ (ATBS), yet another speciality chemical, for which a technology was being developed by National Chemical Laboratory, Pune. Opting to be project sponsors, the Sarafs got hold of the technology and production began at a pilot plant in Lote, Maharashtra, in 2002. Though ATBS found wide application, it suffered because of quality issues and remained a loss-making product for four years, until Vinati joined her father in 2006.

Vinati, who would accompany her father to meet customers as a student, joined the company as executive director. A finance graduate from Wharton School, one of her very first challenges was to bring about a turnaround in the loss-making ATBS business. To do this, she hired a retired executive with expertise in ATBS from American speciality chemicals leader Lubrizol as consultant, who was able to streamline processes, and there was no looking back for the Sarafs after that. As the ATBS business grew, the Sarafs were able to bag long-term contracts from MNCs, and as of today, following Lubrizol’s decision to stop production of ATBS two years ago, Vinati Organics is the largest producer of ATBS in the world. Its market share has consequently jumped from 45 per cent to 65 per cent over the last one-and-a-half years. To meet the spurt in demand, the Sarafs are in the process of increasing capacity from 26,000 tonnes to 40,000 tonnes.

Commenting on the successes of IBB and ATBS, Vinati says, “Our biggest advantage is cost and efficiency. Efficiency leads to cost advantage and quality and that is where we score.” The company also has the largest plants (which we are told are green and environment friendly) offering the advantage of scale.
In 2010, the Sarafs started their third product: isobutylene, which was earlier being imported at a considerable cost. This product too has done well, and as of now, the Sarafs are setting up their butyl phenol plant, the only one in the country. 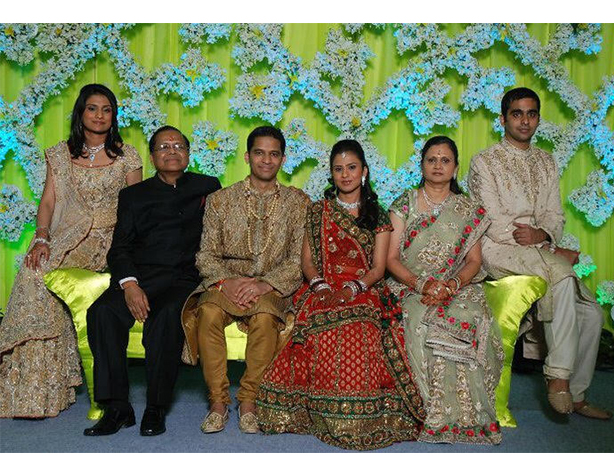 Considering that Vinati Organics boasts `1,000 crore in sales and `10,000 crore in market capitalisation today, it has come a very long way. “In the last 12 years the growth has been tremendous,” says Vinati, who was adjudged Outstanding Woman Business Leader at The Economic Times Family Business Awards 2019 and now is the MD and CEO of Vinati Organics. That apart, the company has won several prestigious awards, such as the BASF Supplier of the Year award for 2014, in ‘Single Category’; the Forbes Asia – Best Under a Billion Award in ‘The Region’s Top 200 Small and Midsize Companies’ category in 2011; and others.

Away from the world of enterprise, Vinati is married to Mohit Mutreja, who runs an algorithmic trading firm that specialises in high frequency trading, and has two small children. As for Vinod Saraf, he spends more of his time today on new product development, leaving other responsibilities to the able Vinati Saraf Mutreja.